Shortages, old and new, are in the news again. You wont’ believe what they predict will be the next thing that’s running low.

Like we said Yesterday:
They are Losing Control of the Narrative

This CNN story gives specific examples where the Biden Administration has lost control of the COVID-19 narrative, as we wrote yesterday. The article seems to blame the media, but the administration does not have a cohesive message and is not communicating effectively.

Despite seeing a fair amount of common calibers for sale on my trip to Virginia last week, we are still experiencing an ammunition shortage. This article gives several examples of law enforcement agencies that have cut back on ammo consumption during training because of the shortage. It’s enough to make me want to become a commercial reloader.

Although it seems like a craft distillery or two is popping up in every city, ZeroHedge reports that there have been liquor shortages in the Carolinas and Midwest. Wow, maybe I should crank up the still in addition to reloading ammo.

I’ve heard ammo prices are dropping and the shortage is over, but is that true? I stop by gun stores during a road trip to check it out.

I have been watching YouTube videos and reading articles online saying that the ammunition shortage is abating and gun supplies are back.  I decided to check this out myself, so I made a list of the following items I wanted to buy:

List in hand, I set out to go shopping.

END_OF_DOCUMENT_TOKEN_TO_BE_REPLACED

Some say its never too late to start prepping, and that’s generally true. But start now; there are some advantages to beating the rush. 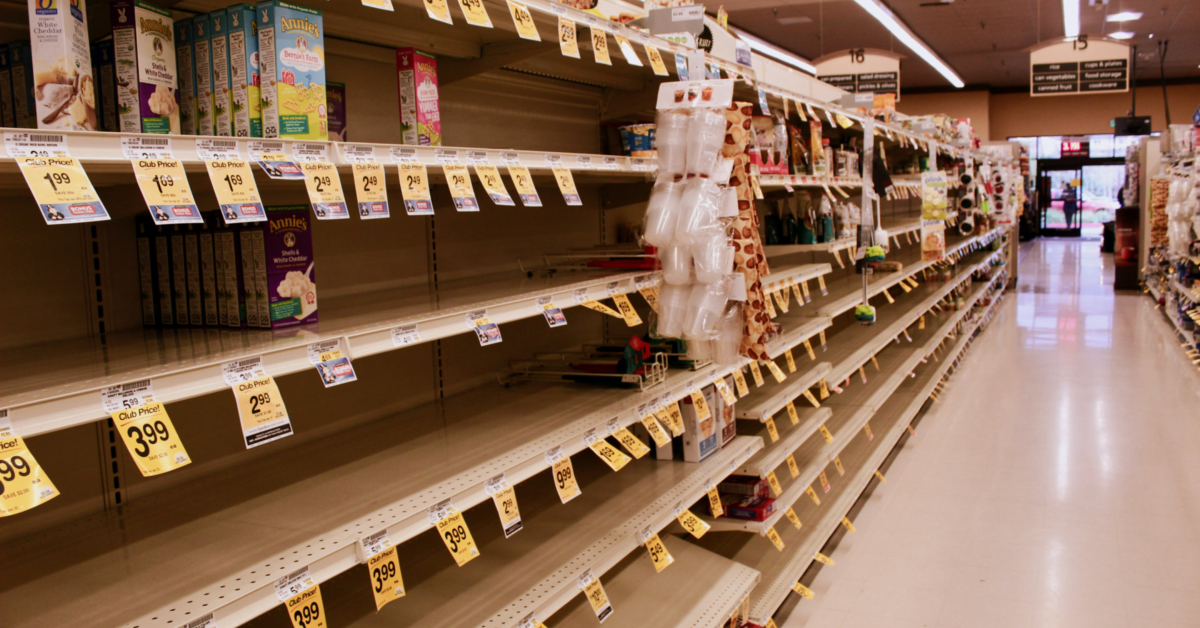 So you’ve finally decided that prepping makes sense and now you have to decide what to buy, how much to buy, and over what time period you will buy it. This will be determined largely by your budget and how much money you have to spend on prepping. Because prepping can get expensive, most people build up their supplies over time by setting aside a certain amount to spend per paycheck or per month.

When you go down the list of things you need to feel prepared to withstand a disaster, food will probably be a big expense and the one that takes the most storage space. Sure, you could put together a bug out bag, buy guns and ammo, or even invest in a big four-wheel-drive truck or SUV for bugging out, but food is more likely to save you than almost anything else you could acquire. Yes, water is critical, but you can spend $500 and have water pretty well taken care of. Food is going to demand more money, more thought, and more preparation.

I’ve written about what to buy and how to get the most for your money’s worth in an earlier article. So let’s talk about when to buy, as well as when NOT to make large bulk purchases.

END_OF_DOCUMENT_TOKEN_TO_BE_REPLACED

I visit two stores known for low prices and I found no signs of inflation. But its there at the gas pump. 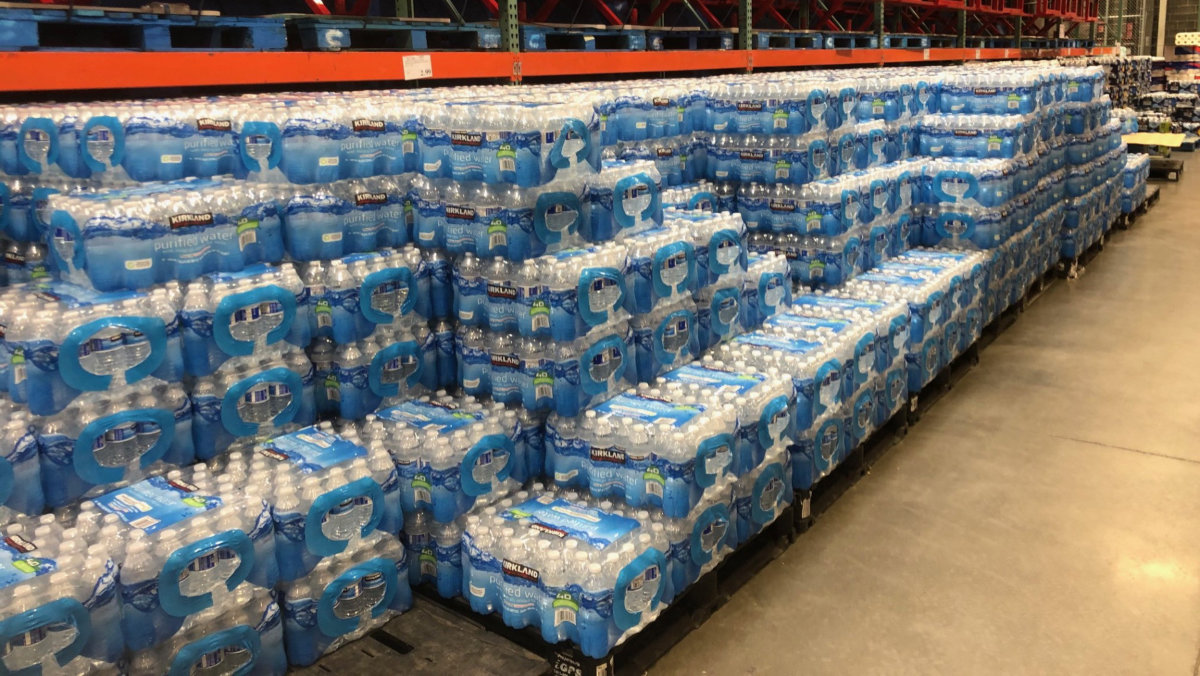 As I mentioned yesterday, I came down from my mountain, drove hundreds of miles to visit an elder relative who needed my help, and ended up in a small city. It’s not a bad city, but the drone of the highway and other constant city sounds seemed loud after the quiet of the mountains. The trip was another reminder that about the only benefit of my occasional returns to society is access to shopping that isn’t available in the country.

In other words, I went to Costco for the first time in more than six months.

Other than the store layout in this distant town being sideways compared to what I am used to, it wasn’t much different. I bought Spam, spaghetti sauce, beans and other canned and dried goods for the pantry, bags of sugar for the bees, and paper towels for my wife. Unfortunately, this store did not have canned roast beef, which several bloggers and vloggers have reported on. Too bad; I was planning to buy at least a dozen cans, maybe two dozen.

END_OF_DOCUMENT_TOKEN_TO_BE_REPLACED

Inflation is going to be bad, but the broader economic and social disruption it can kick off are even worse. Are you prepared? 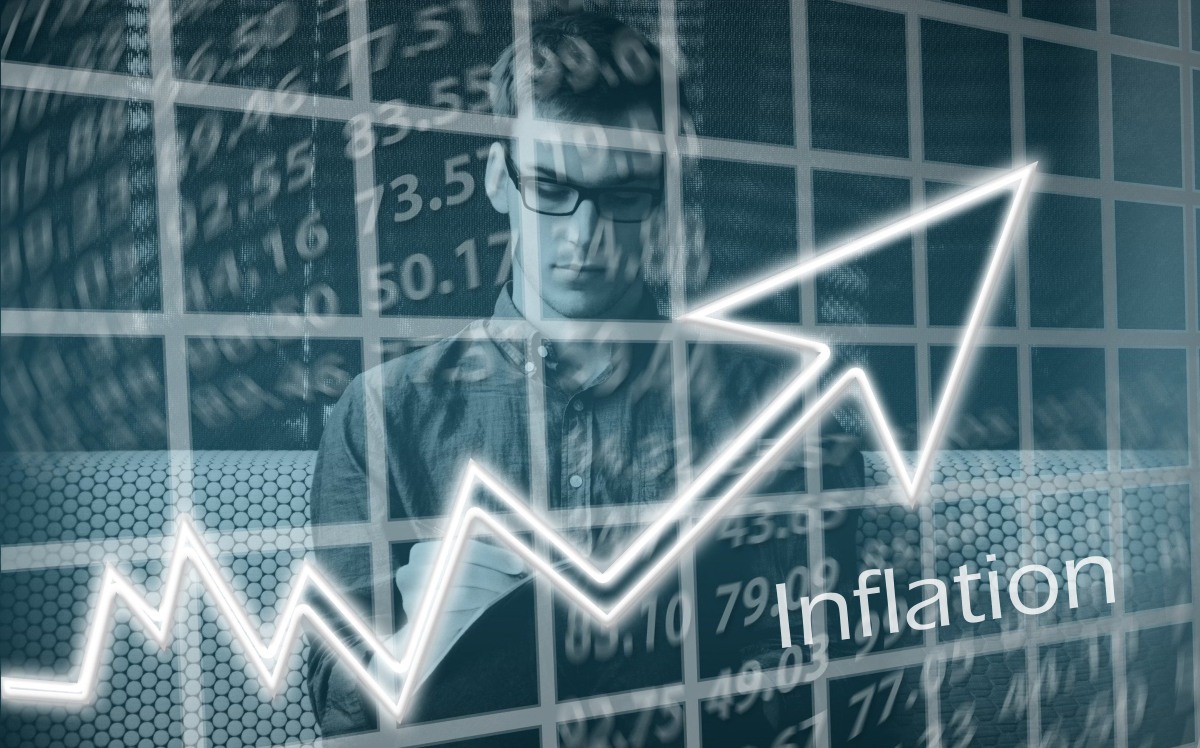 With some ammo manufacturing leaders stating that they are back ordered anywhere from 12 to 24 months, most shooters have admitted to themselves that high ammo prices are here to stay. About the only thing I can see that would send prices down would be the election of a Pro-Gun Republican president combined with a recession that causes commodity prices, including lead and brass, to drop.

I used to reload to save money on ammo prices. Now you can no longer get powder and primers. Even the hardware is in short supply; good luck ordering something like 9mm or .300 black out reloading dies. Even simple equipment is often back-ordered three months or more.

END_OF_DOCUMENT_TOKEN_TO_BE_REPLACED

At our last day, we tested a trifecta: The Mossberg Shockwave, outfitted with the OPSol Mini-Clip, shooting the Aguila Minishells. 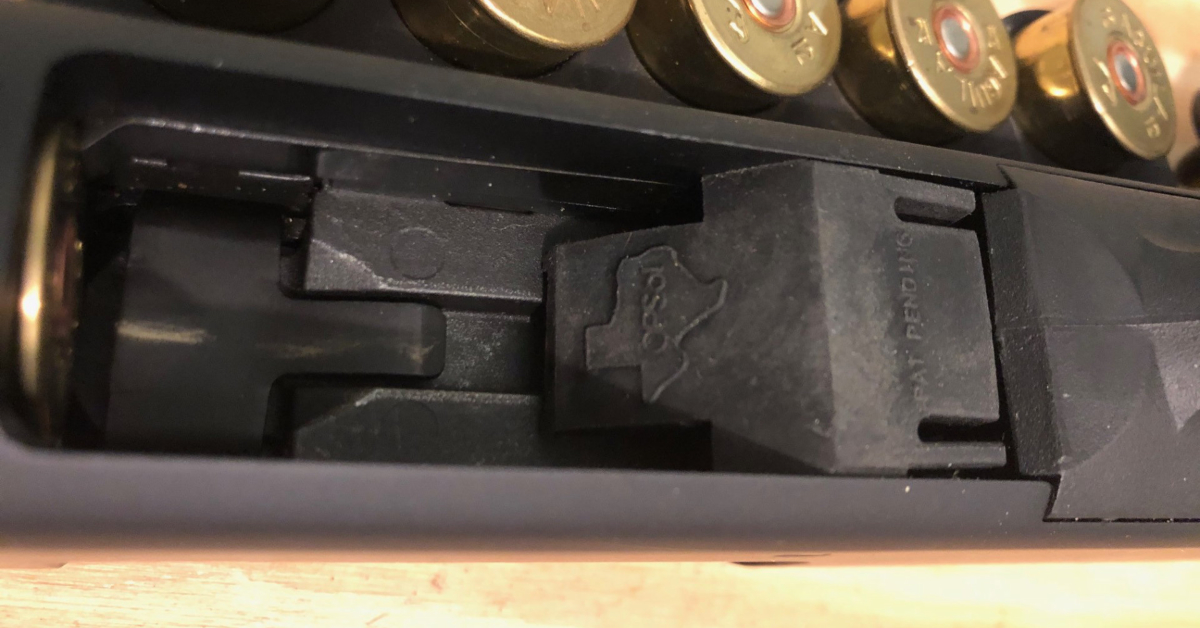 Some time back, I purchase an OPSol Mini-Clip so I could fire the Aguila mini shotgun shells in my Mossberg Shockwave without jamming. Because the dang shells were in such short supply, I never tried it, until now.

I finally laid my hands on six boxes of the 1-3/4-inch Aguila minishell buckshot, birdshot, and slugs and tested them out on six steel targets at 36 feet.

The OPSol Mini-Clip was a snap to install in the Mossberg. It pushed into place in seconds. Once installed, the minishells fed flawlessly, which was not the case before hand. After installing the OPSol Mini Clip, I fired 40 rounds without a single missfeed. This device does its job well and inexpensively. The only fault is that it worked its way partially out of the shotgun partway through our testing and had to be re-seated. This was noticeable during reloading and a firm push of the thumb solved the problem.

END_OF_DOCUMENT_TOKEN_TO_BE_REPLACED

While half the country is snowed in with record amounts of snowfall, someone is buying up all the ammo and driving prices up. 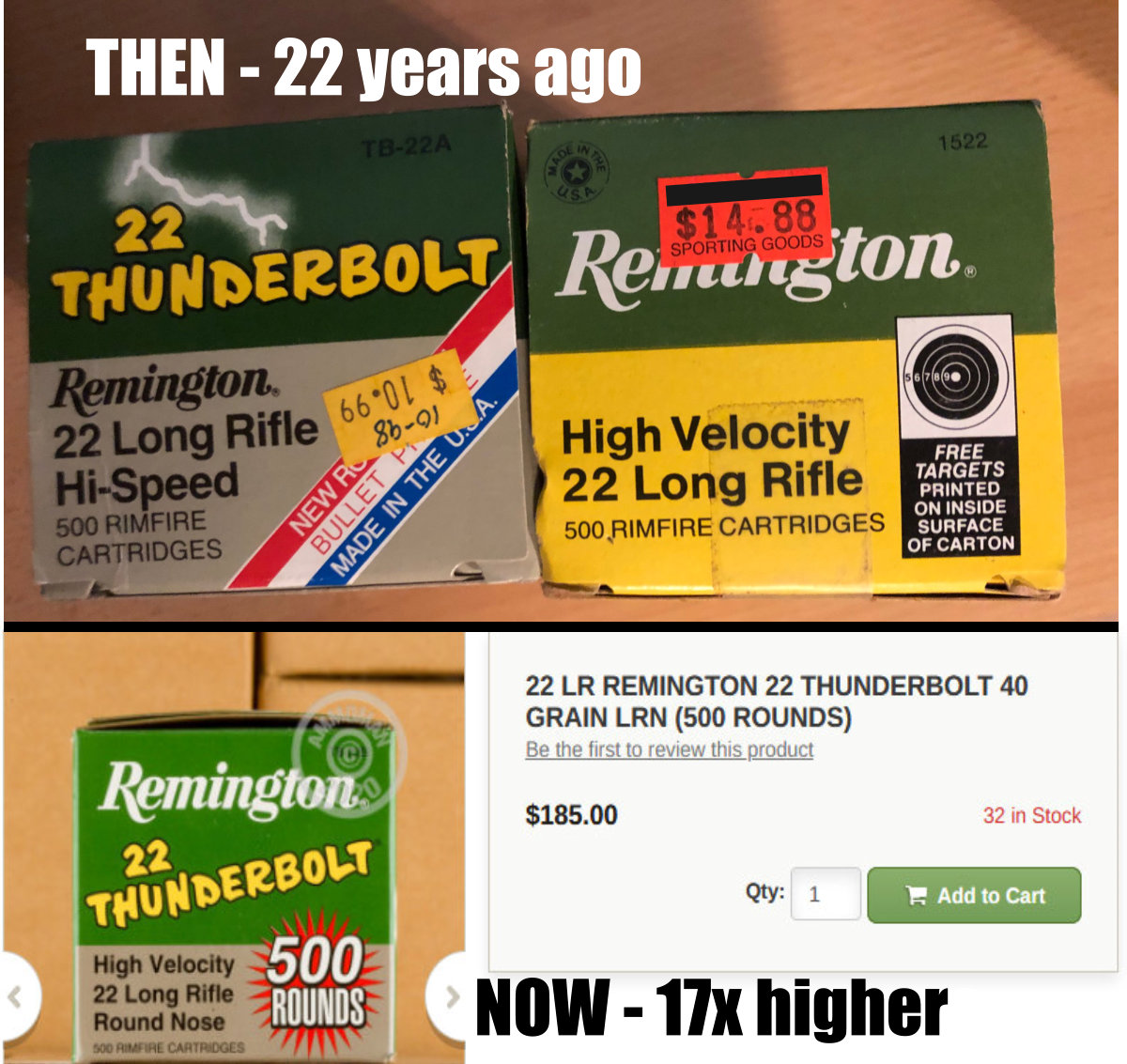 We are snowbound, so it’s been a quiet few days.  I’ve done chores around the house and brought in firewood a few times, but except for the occasional gust of wind, it’s pretty silent out there.  I guess most of the North East and parts of the Mid-Atlantic are in the same situation.

I saw tiny footprints in the snow heading out from under our front porch.  Tiny as in chipmunk sized.  Not sure why some little creature ventured out and back; maybe he needed some firewood too. He was headed that direction.

We have not had any mice in the house for months, but I did catch five in the garage not long ago.  That must have eliminated them because the traps have been empty ever since and the cat no longer shows a strong desire to sneak through the garage door.

Spot Silver seems to have dropped back down to the trading range it was in before the Reddit silver short stories hit the news.  I am sure some people made money and others lost it.  Looks like the wind left those sails pretty quickly. Gold and Silver will probably continue to head upwards as people seek to get out of a dropping dollar and avoid the impact of inflation.

Brass and Lead (ammunition, that is) continue to head upwards.  I saw a brick (500) rounds of Remington 40 grain Thunderbolt .22LR for sale for $185.  This is just shockingly high!  I dug through my old cache of ammo and I found a brick of 500 thunderbolts that I bought in October of 1998—no doubt in the run up to Y2K—for the grand price of $10.99.  So back then basic .22LR was 2.2 cents per round and it is 37 cents each today.  Unfortunately, that price is consistent with the price I wrote about a few days ago. So much for cheap plinking.

Checking some online sources, I saw some 5.56 selling for $1.50 to $2 per round.  That’s far higher than the $1.20 per round I reported on the 29th. Of course, so many sellers are out of stock that the folks who have it can just keep raising prices.

END_OF_DOCUMENT_TOKEN_TO_BE_REPLACED

Ammunition prices have jumped 300 to 500 percent in the past 18 or 24 months, making it harder to stock up. Here’s the best way for new preppers to proceed.

Basic 9mm ball ammo is currently selling for roughly $1 per round, or $45 to $50 a box on places like ammoman.com.  But at least it’s available (or was at the time of this writing).  What hurts is that I used to buy bulk ammo for about a fourth of that, 28 cents per round, less when it was on sale.

END_OF_DOCUMENT_TOKEN_TO_BE_REPLACED

We’ve weathered he winter snow, now we have to deal with high ammo prices. It may be time to roll our own. 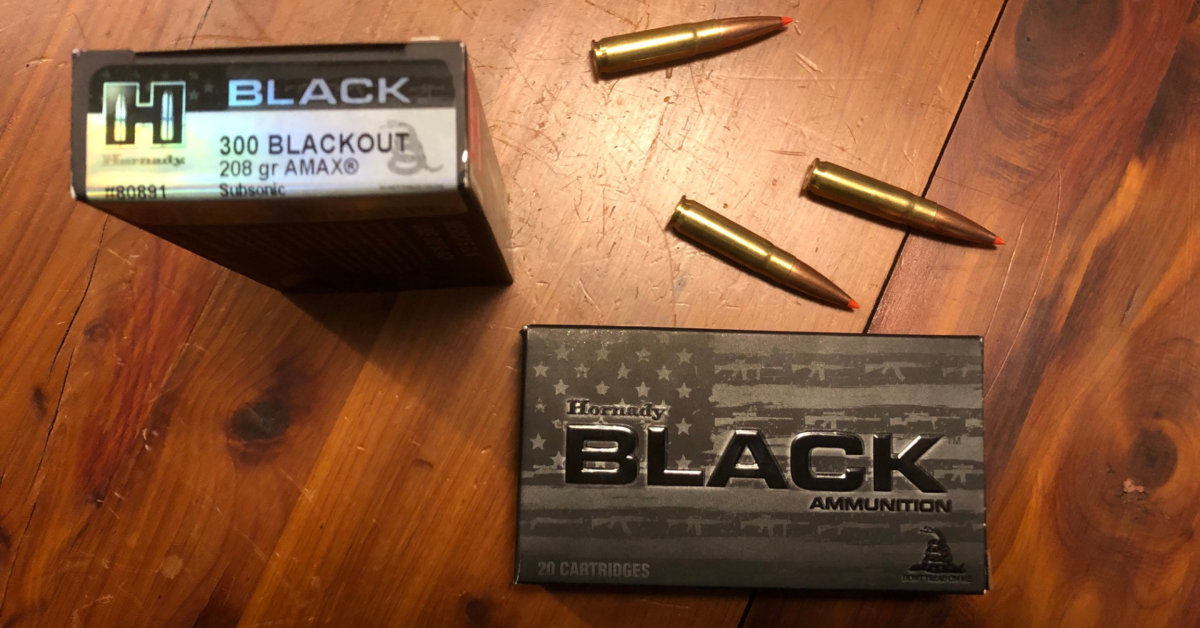 The winter storm has come and gone, but after snow two out of the three previous days, it has piled up and may well remain until we experience a melt up this weekend.  In fact, we now have the deepest snow we’ve had all winter and the longest cold spell yet.  Our wood stoves were struggling to keep up.  When we wake up it is 64 or 65 in the main rooms and the temps slowly rise to 70 or 71 if we are lucky.  We didn’t have any of those days like we had over Christmas when the indoor temperature reached 75. I expect part of the blame is due to the high winds, but I also blame the high moisture content of the wood.  It not only burns slower, we have to leave both dampers open wider and more heat goes up the chimney.

My big Fisher stove burns best with five or six pieces in it, so it chews threw wood at a rapid pace.  We are making frequent trips to the wood pile.