Too many beginning preppers don’t know where to start or focus on the wrong items. Learn from my experience and avoid stupid prepping mistakes.

I’ve been telling people to prep and talking preps here for 18 months, but there are still some people who want detailed instructions on what they should do. I believe that everyone’s preps should be customer tailored to their family size, their budget, their geographic location, their greatest fear, and a host of other variables. However, I’m going to work around that and present Five steps to being prepared for the end of the world as we know it.

Step One: Prepare to Survive Short-term Emergencies at Home

To start out, aim to have supplies that can support you for two weeks of disruption in your current home.

For example, nine days after Hurricane Ida roared through New Orleans, there were still 430,000 people without electricity. Your short-terms preps should be able to get you through an emergency like that. Unless you just moved to a new area, you should already know what to prepare for as many of the natural disasters recur every few years.

END_OF_DOCUMENT_TOKEN_TO_BE_REPLACED

Hurricane Ida strengthened thanks to warm Gulf water and is expected to make landfall on Sunday night. Damage may be felt across multiple states. 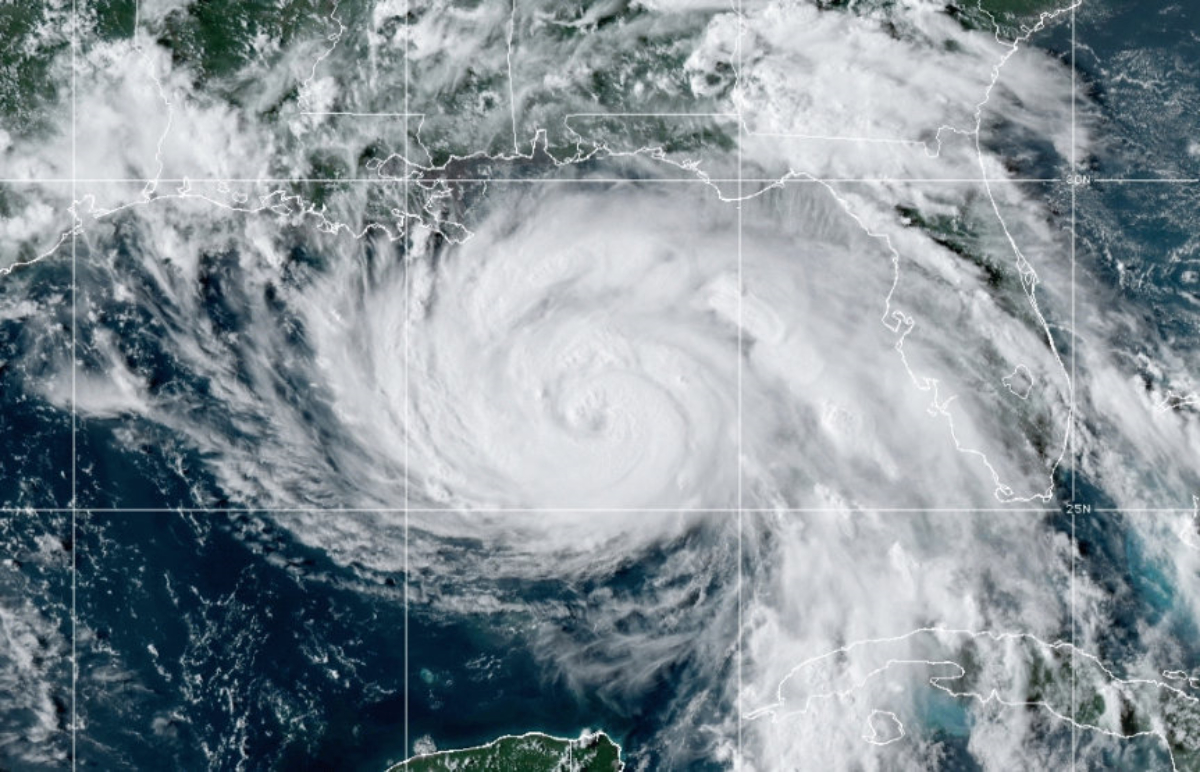 While I prefer bugging in over bugging out, sometimes bugging out makes a great deal of sense. Nuclear plant melt downs are a good example. Massive chemical leaks are another. Wildfires, under many circumstances, and for coastal residents, I recommend bugging out when facing a powerful hurricane.

Hurricane Ida, which is in the Gulf of Mexico and may be a category 4 storm with winds up to 140 miles per hour when it hits New Orleans, is a perfect example. It could be another Katrina.

For those who don’t remember, Katrina killed 1,800 people. The storm flooded large parts of New Orleans, and left $125 billion in damage across Louisiana and into Mississippi. What I remember most about the event is endless footage of Coast Guard and National Guard choppers rescuing people from their rooftops. I had a friend from a local police department who deployed to New Orleans to help with search and rescue. He said what the TV didn’t show was the hundreds of bodies floating in the water-filled streets of New Orleans.

END_OF_DOCUMENT_TOKEN_TO_BE_REPLACED

While there are plenty of urban preppers, it is the hardest place to prep with the lowest expected survival outcome. in a long-term SHTF disaster. 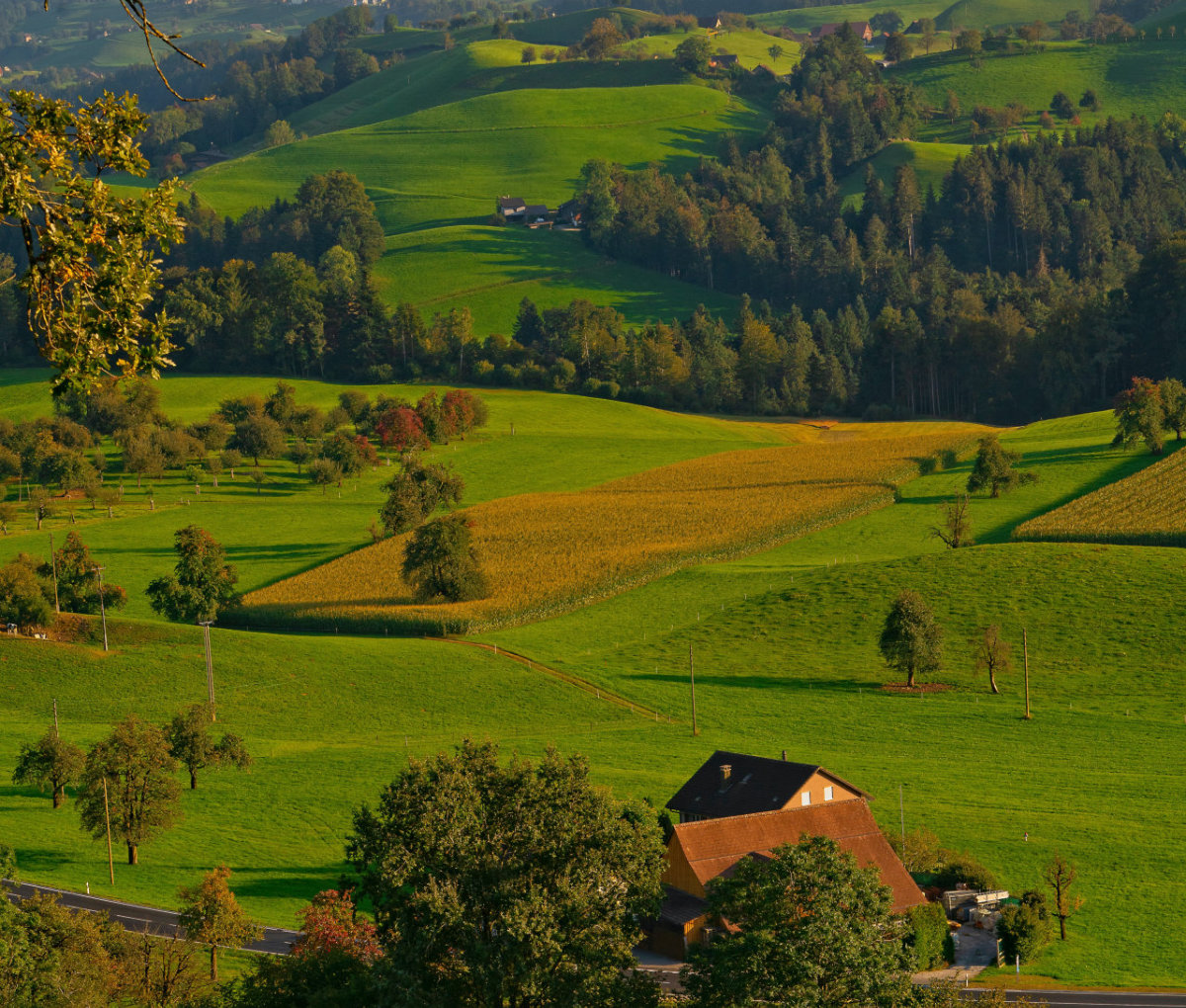 After I became a prepper more than 25 years ago, I realized New York City was not the right place to be a prepper, so I left for a smaller city. In all honesty, it was still one of the 100 largest cities in the United States, but it was well down the list. I compensated by living lived in the suburbs. Later, I moved to a much smaller city and lived even further outside it. We lived in what I would call the exburbs, a place where there were two-lane country roads, no sidewalks, and you had to drive a few miles to reach a convenience store. Only last year did we finally move to the country.

I’ve always known that living in the country was the best bet for long-term survival in any kind of serious SHTF situation. It was always a long-term goal to get there. It just took 25 years and four or five steps.

What stopped me from moving to the country sooner? Money and employment opportunities. I worked in an industry that employed many highly educated scientists, so the companies were often located in cities with prominent universities.

In the long run, not moving any sooner worked out. There were no earth-shattering emergencies or society-ending catastrophes, and I was lucky enough to have left New York before 9/11.

Today, I’m not sure we have another 25 years. Sometimes, I wonder if we have two or three.

END_OF_DOCUMENT_TOKEN_TO_BE_REPLACED

As Congress creeps closer to yet another stimulus bill, Preppers may be in for a windfall. Here are our suggestions on how to spend it. 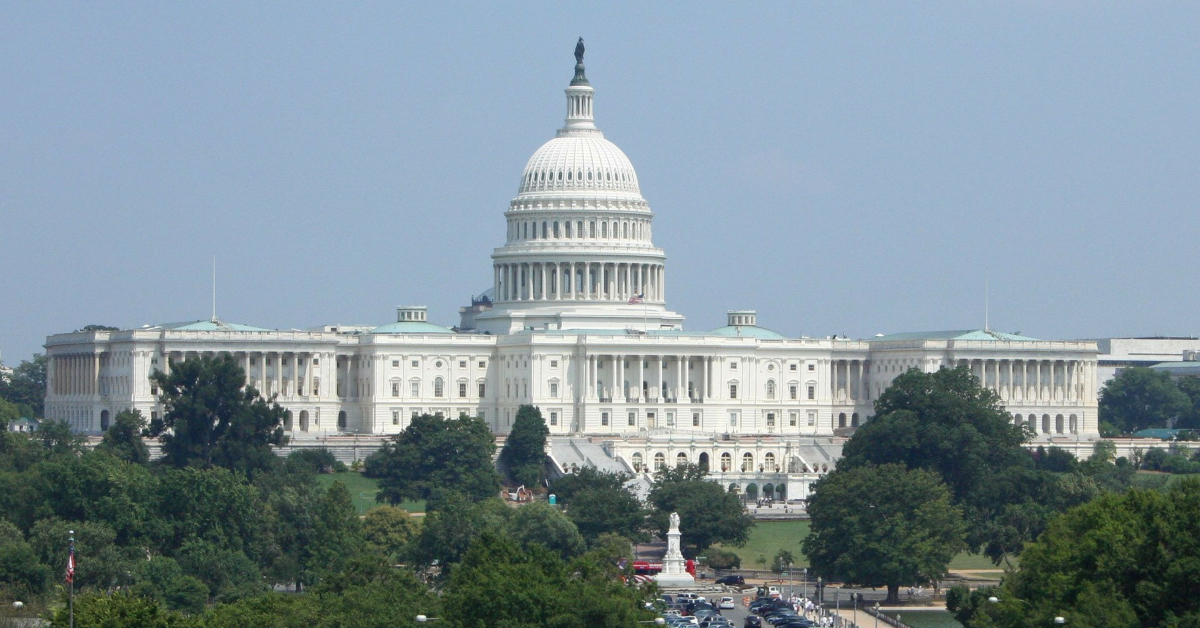 Yesterday, I suggested you use the coming (temporary) period of exuberance and excitement after the COVID-19 nightmare draws to a close to prep. Below are some suggestions in greater detail, but because we’ve talked about food and water before, we’re going to start with the bigger preps and work backwards:

Get Out of the Cities

I think the biggest priority for any serious prepper should be to move out of an urban or suburban location and to a rural one. I’m not talking “vacation country” where people go to spend two weeks a year, but hardcore country where just about everyone owns a chainsaw, a rifle and pickup truck.

Your stimulus check won’t buy your new property, but it can cover the travel and other expenses related to a property search.

END_OF_DOCUMENT_TOKEN_TO_BE_REPLACED

Every disaster should be analyzed to determine what we as preppers can do to survive. Here are some initial thoughts regarding the Texas power outages. 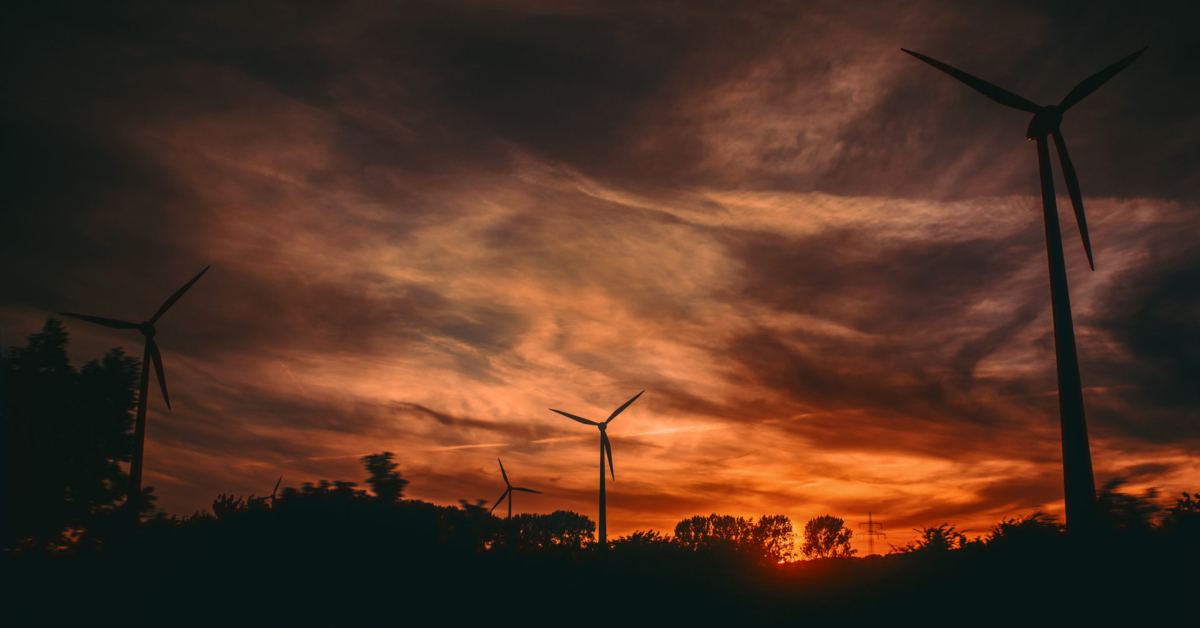 Our hearts go out to the folks in Texas who suffered through the brutal cold spell this past week, many with no electricity or heat. A surprise ice storm or sub-zero temperatures are bad enough when all your utilities work, but the failure of the Texas Power Grid resulted in dozens of deaths and likely billions of dollars in damage.

Texas has a population of close to 30 million. At least half of them suffered power outages in this past week. About a third have been warned to boil their water. Grocery stores ran out of food and had trouble getting resupplied. Many restaurants are closed because they have run out of food and/or don’t have clean water. At the peak, Walmart closed more than 500 stores, most of them in Texas.

As unfortunate as this event has been, it provides lessons we can all benefit from. So, let’s take a look at that disaster and some of the things you can learn from it. Hopefully, these suggestions can help you avoid a similar situation in the future. If you took different lessons from it, post them in the comments below.

END_OF_DOCUMENT_TOKEN_TO_BE_REPLACED

When it comes to dried meat, jerky is an American stable. But how does it compare to biltong, the favorite snack food of South Africans? 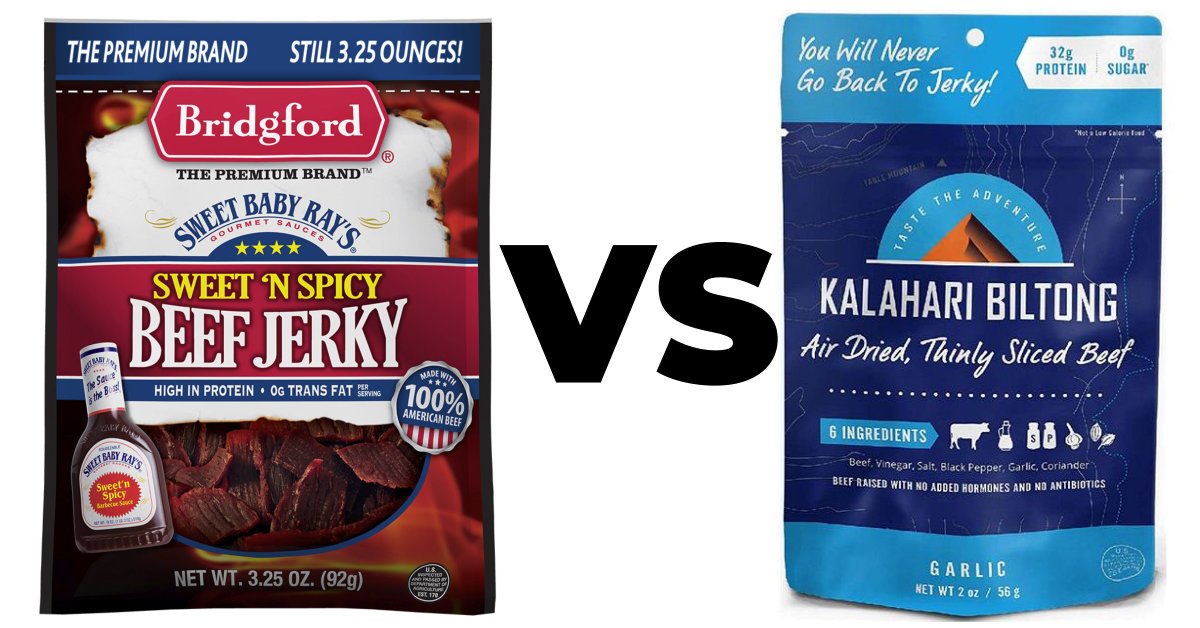 This is not a review of a specific brand or flavor of dried meat, but more of a comparison between the two: Traditional jerky, often made from beef, and Biltong, a thinly sliced dried beef that is South African in origin.

Let’s look at them both:

Who among us has not enjoyed a chewy strip of beef jerky?  And I bet many of you have made your own, possibly with venison or another game.

Ripping off a piece of beef jerky when on the trail makes me think back to our forefathers who probably did the same thing, possibly even on the same trail.  It seems to me to be a very traditional American trail food, but apparently the native Americans in both North and South America made jerky and it was adopted by both the Spanish Conquistidors and the early North American fur traders and settlers.

END_OF_DOCUMENT_TOKEN_TO_BE_REPLACED

After evaluating our preps, we sent family and prepper friends a list of what they should bring if they bug out to our place. 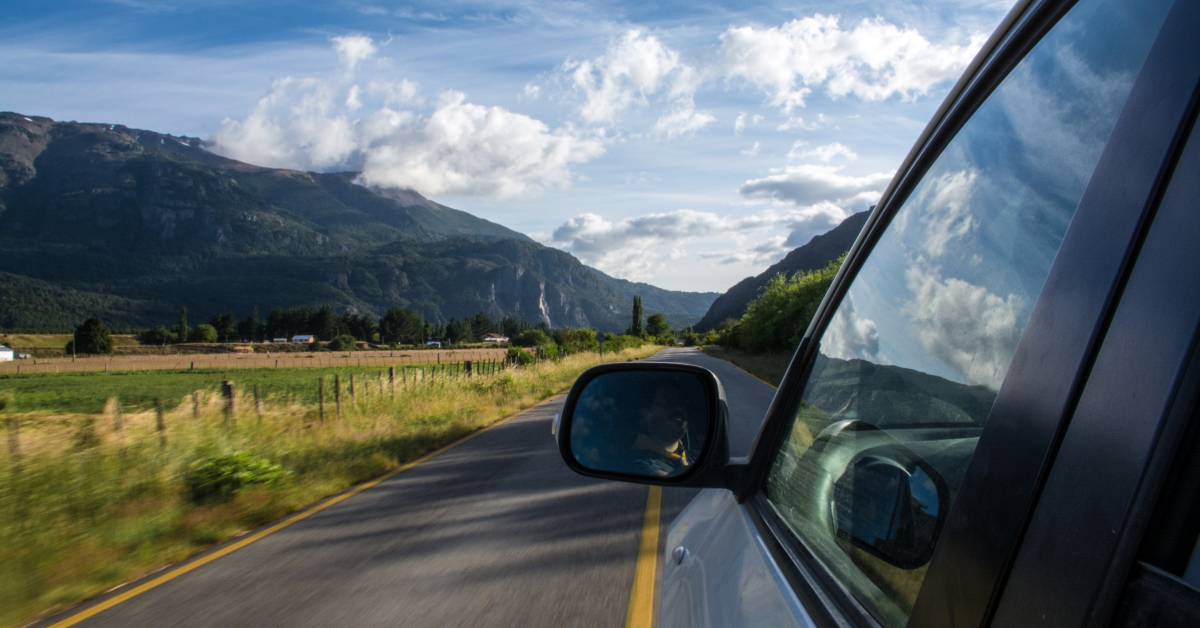 For some of you bugging out may mean putting on a backpack and your walking shoes, but we expect the majority of people coming to Pete’s Prepper Property to arrive by truck, car, or not at all.  If they can drive, they can bring lots of gear, so we created a list spelling out what we want them to bring and distributed it to family and prepper friends who may show up here as a regional or national disaster unfolds.

Below a slightly modified version of that lists of items. The list is in priority order and should serve serve as a reminder when they decide to leave home and head to our place.

END_OF_DOCUMENT_TOKEN_TO_BE_REPLACED

You can live in your house and bug out to your retreat, or you live at your retreat. We’re working towards the latter. 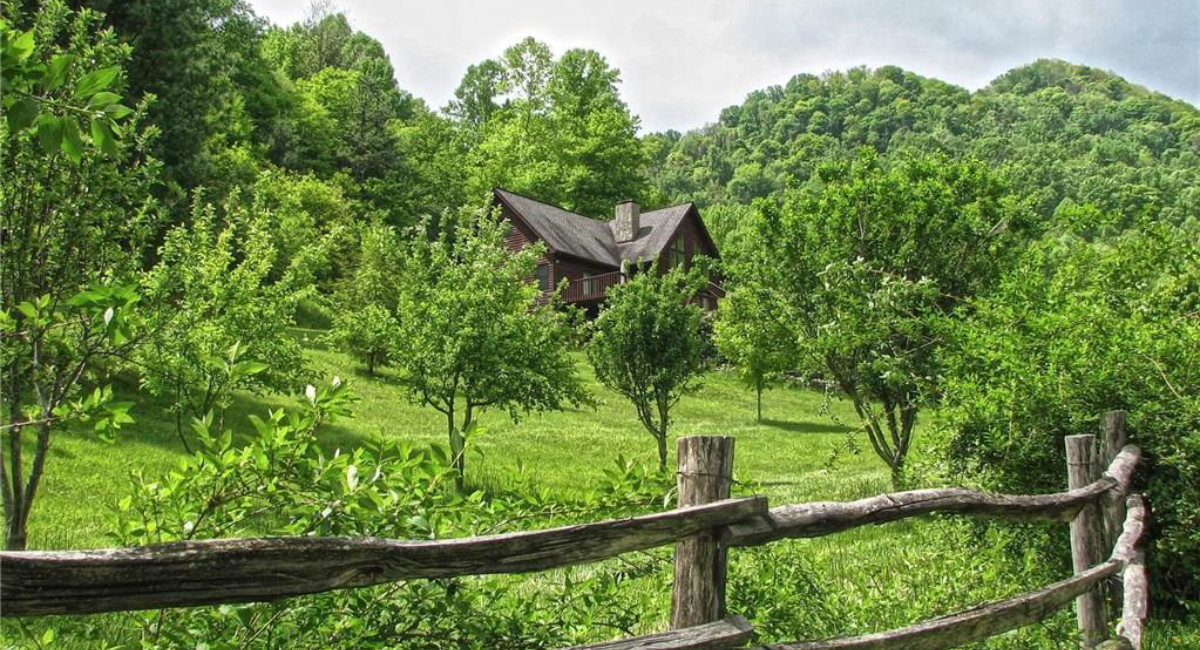 We live in a house that is too big, too near the city, and has too little land to be the prepper paradise we desire. When we moved here, it was the best place we’d ever lived, but things have changed.

Don’t get me wrong, it’s still a nice house, but the kids have been gone a few years and we don’t need all those bedrooms.  Large houses are expensive to keep up due to having more square feet to paint, put down carpet, replace the roof, etc. And its more work to clean.

The nearest city continues to grow and suburbia is moving toward us, with their shopping centers, town houses, storage units, and convenience stores appearing further out the main roads and injecting themselves into what was once the country.  We still don’t have sidewalks, but it would not surprise me if the population in the square mile where I live has more than doubled since we first bought the house about 20 years ago.

END_OF_DOCUMENT_TOKEN_TO_BE_REPLACED

Bugout bags are a great place to start your prepping, but they are just one step towards preparedness. 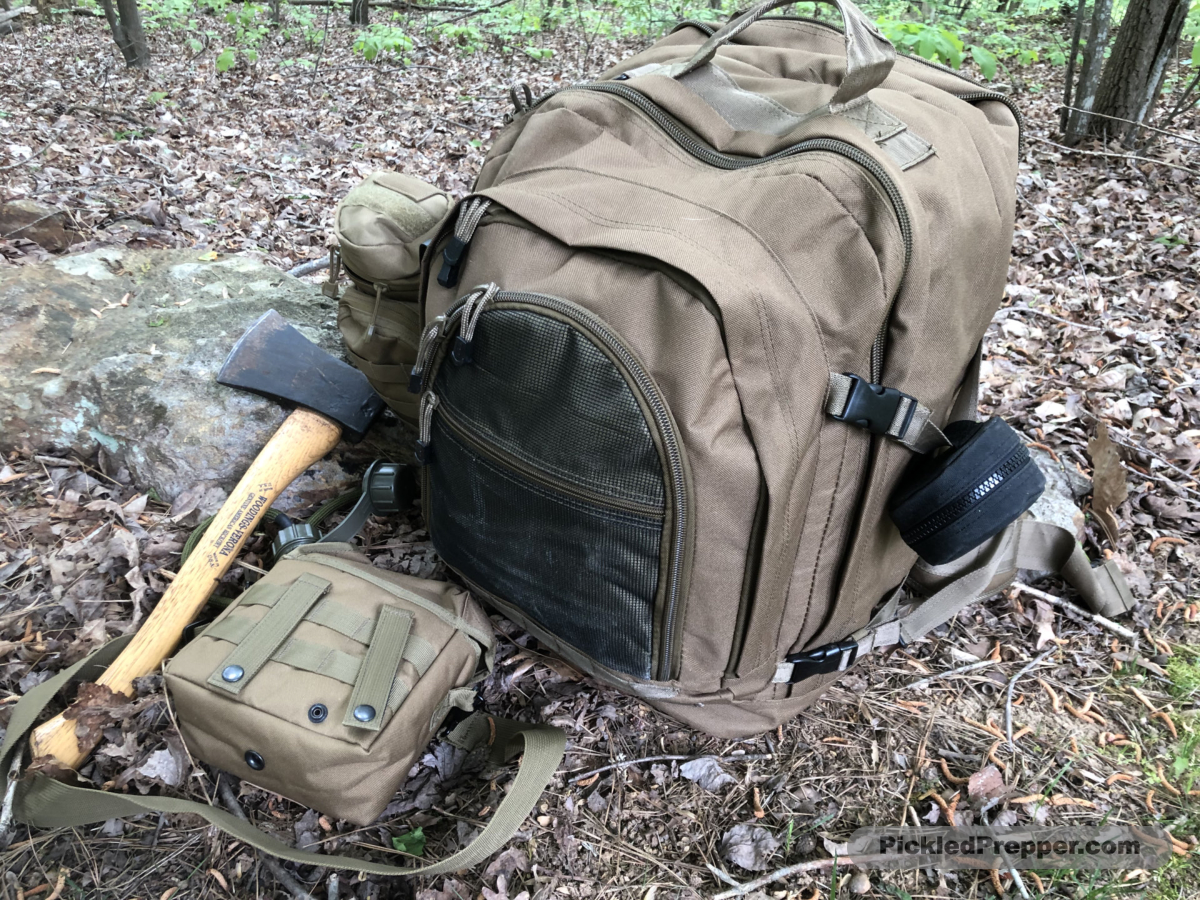 Maybe it’s on our collective minds because everyone wants to bugout from quarantine, or maybe it’s simply because the coronavirus has made people concentrated on their preps.  Maybe it’s people trying to promote their gear and make some sales.

Inherent in this discussion of bugout bags is an endless pursuit of the perfect bugout bag and the best items to go inside it.  I’m I favor of healthy debate and discussion, and it’s interesting to see what people like and espouse, but don’t let theoretical discussion distract you from the ultimate purpose, which is survival.

Put products you have used and trust in your bags.  If you are putting a fire starter in it, make sure you know how to use it and can actually start a fire with it.  Stock your bugout bag with food you have tried and will eat and clothing that you have worn and have tested so it doesn’t blow out a seam or bind when you wear it.  Use online recommendations as a starting point, not as gospel, and test your preps.

END_OF_DOCUMENT_TOKEN_TO_BE_REPLACED

The question of whether to bug out and when to do so is one preppers face every time there’s an emergency. Sometimes it’s pretty clear. This is not one of those times.

I recently spoke to a good friend who is in our prepper group.  He and his family live and work in one location but most of his prepper supplies are at his retreat, which is about 3 hours away.  This includes the bulk of his storage food and ammo.

I told him he had two choices:  One, go to his retreat, load his truck up with food and ammo, and bring it back home or two, bug out to his retreat and stay there.