Elizabeth Holmes, the founder of Theranos, who was convicted on four counts of investor fraud, was just sentenced to 135 months in prison. I consider this a mild penalty for someone who reportedly took investors for $1 billion using what the judge said was “untruths, misrepresentations, plain hubris and lies.”

It makes one wonder what will happen to Sam Bankman-Fried, the head of FTX, who allegedly oversaw the disappearance of billions in investor funds, although it may be some time before anyone has a firm grasp on how much money is missing and where it went.

I’d like to contrast this generation of “entrepreneurs” to people like Steve Jobs and Steve Wozniak, Bill Gates and Paul Allen, Bill Hewlett and David Packard, and many other entrepreneurs who created and sold products that actually worked. Holmes never had a product that was proven in the marketplace. All she and Bankman-Fried had were grandiose plans and hardcore marketing. They created “products” from this air and were smooth talking, well-connected leaders who bamboozled their investors, their employees, and the world.

I can’t help but think this is what happens when companies are founded by young people raised by parents who tell them they can do no wrong, who play on sports teams where everyone gets a trophy, who grow up in sheltered environments, and who never got their hands dirty. I prefer companies founded in garages and basements by people who soldered wires and cobbled together motherboards rather than people who get ahead by thinking up creative ways to entice investors with promises backed up by unproven ideas and tokens that appear to be little more than a Ponzi scheme. Even the founders of Facebook and Google did their own coding and had a product that people could use.

I put people like Holmes and Bankman-Fried in the same basket as socialists and privileged liberals. These are people who fall so in love with their ideas they won’t admit they don’t work, even when faced with stark evidence. A smart business person, especially an entrepreneur, has to be agile and flexible, able to pivot and overcome failure. These people prefer to double down on failure.

Think about their efforts to do away with fossil fuels, which is one of the most economically destructive act one can undertake. The process is failing. We have shortages of diesel, the country’s lifeblood. Blackouts are coming this winter. Energy prices are skyrocketing. The elite do not care because to them the grandiose concept of green energy is more important than the ability of green energy to keep tractors running and trucks making deliveries. The idea of killing cows and reducing fertilizer is what’s important to them, and if the rest of us starve to death, well just think how much less carbon dead people generate.

Likewise, socialism has repeatedly failed, but the folks in government don’t care. Society may collapse, but at least it will be fueled by sunshine and we will all own nothing and like it when it does.

If this was a true free market, these problems would self-correct. Oil investment would pour in because nothing proves that oil keeps the country running like the last two years. The reason no one is increasing oil production is that regulations and politics are seeking to stamp it out, suppressing the free-market mechanisms that help the world stay in balance.

Mandates for ESG and similar efforts help a tiny segment of the world at the expense of the rest of it. I have no problem if some investors want to invest in companies that are environmentally or socially conscious, but I resent it when that becomes a legal requirement. “Wokeness” is another example of how pleasing a small but vocal piece of the market can offend the bulk of the market. Companies only learn this when their market share drops and they realize the bread and butter of their business lies with people who do not support critical race theory or removing statues of our founding fathers.

As we head into what is likely to be a bad recession or another depression, the only thing we have to look forward to is that the Great Depression created the “Greatest Generation.” If we believe that “Hard times create strong men, strong men create good times, good times create weak men, and weak men create hard times” then there’s a chance that we’ll see a generation without people like Elizabeth Holmes and Sam Bankman-fried and more people like Henry Ford, John Moses Browning, Gordon E. Moore, Tim Berners-Lee and the gentlemen mentioned in the third paragraph.

If you have kids, you can help them by holding them accountable for their behavior, making sure they learn that life is neither easy nor fair, and teaching them the value of hard work. It wouldn’t hurt to get them involved in outdoor activities and allow them to pursue their interests. If you can’t home school, see if you can get them in a good private school with a small class size.

Who knows, maybe the next great industrialist will found a company in your garage. 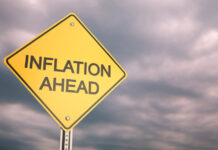