Just when I thought I was prepared regarding footwear, the soles peeled off my old hiking boots. Will Shoe Goo do the repair? 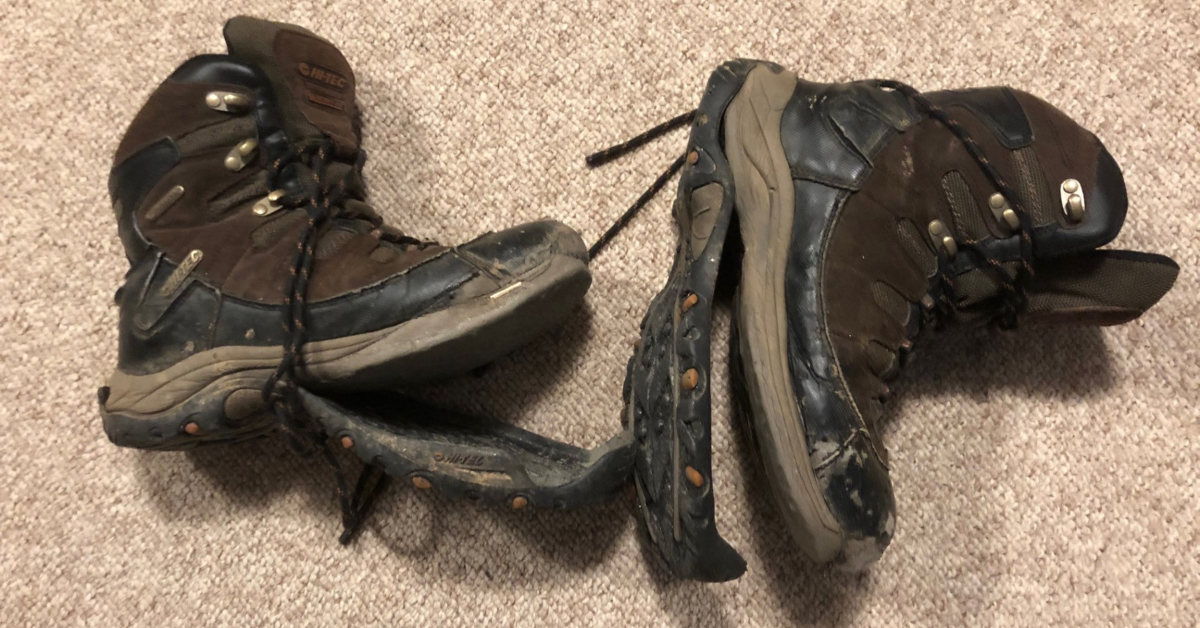 As fate would have it, not long after writing about buying new boots, my old Hi-Tec brand hiking boots failed. The sole peeled off while I was walking the dog. I had just crossed a stream (note that the water proofing remained intact) when the black lug part of the sole started flopping around. It was attached on the heel, but had peeled back to through the arch.

I thought about removing it all the way to make walking home easier, but I just took high, awkward steps, like I was wearing clown shoes. I also tried walking backwards, which was more comfortable. The dog gave me side eye the whole way home, like she thought I was crazy.

END_OF_DOCUMENT_TOKEN_TO_BE_REPLACED

When you are prepping for the long term, you need to go beyond food, water, self-dense, and medical. Footwear is one good example. 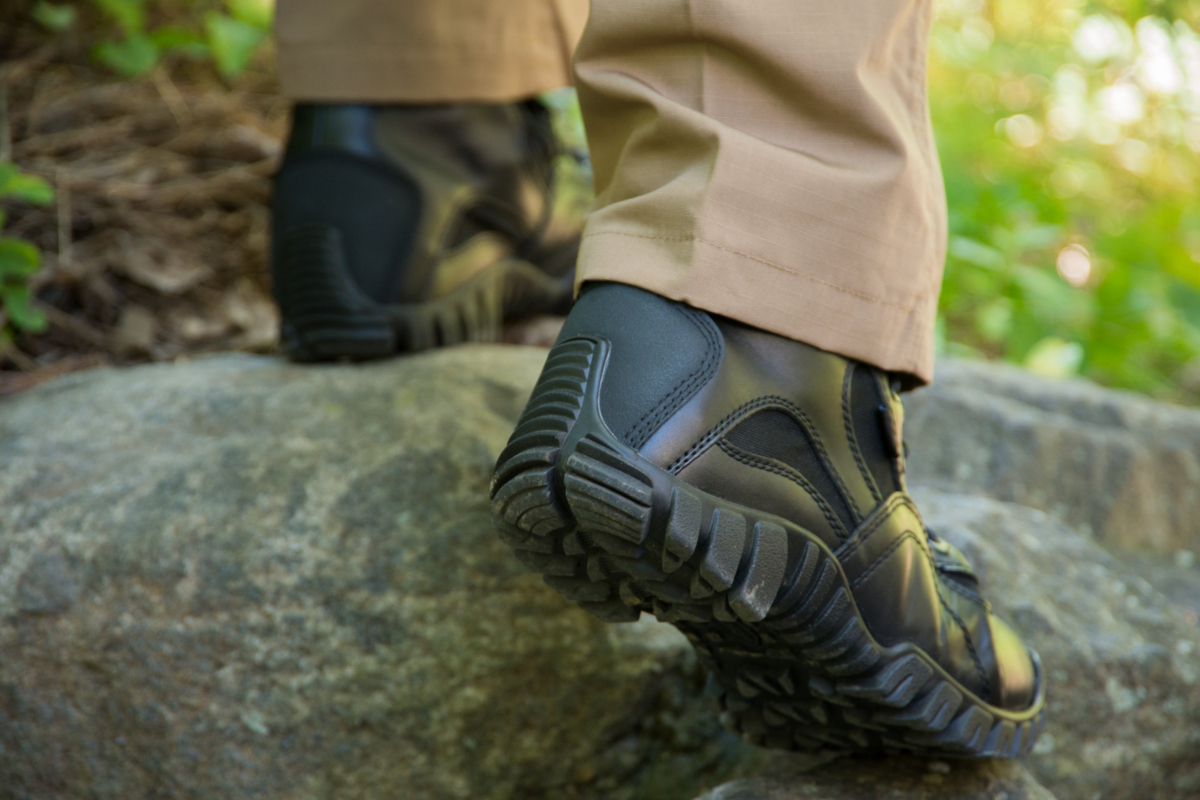 The last time I went shopping, all I added to my prepper pantry were two cans of chicken noodle soup. Instead, I’ve been doing some stocking up on non-food items. I recommend you consider doing the same.

I took my own advice and now have two new-in-box pairs of boots in our storage room. This should give me at least three years of footwear if the SHTF, the cargo ships stop sailing, or the trucks stop rolling. If our only emergency is inflation, then I will have saved money by buying boots now.

The newest pair is a genuine USMC RAT boot that has a Vibram sole that can be replaced. Granted, in a post-SHTF scenario, there will probably not be a shoemaker around (heck, there’s not a shoemaker around now), but I have visions of cutting a sole out of an old tire and using my Speedy Stitcher to sew it on. I don’t know if that will be possible, but since it’s a theoretical situation that may never occur, I will not lose any sleep over it.

END_OF_DOCUMENT_TOKEN_TO_BE_REPLACED

I like to think of footwear a shelter for my feet. My boots should keep my feet warm, dry and protected, just like my house. 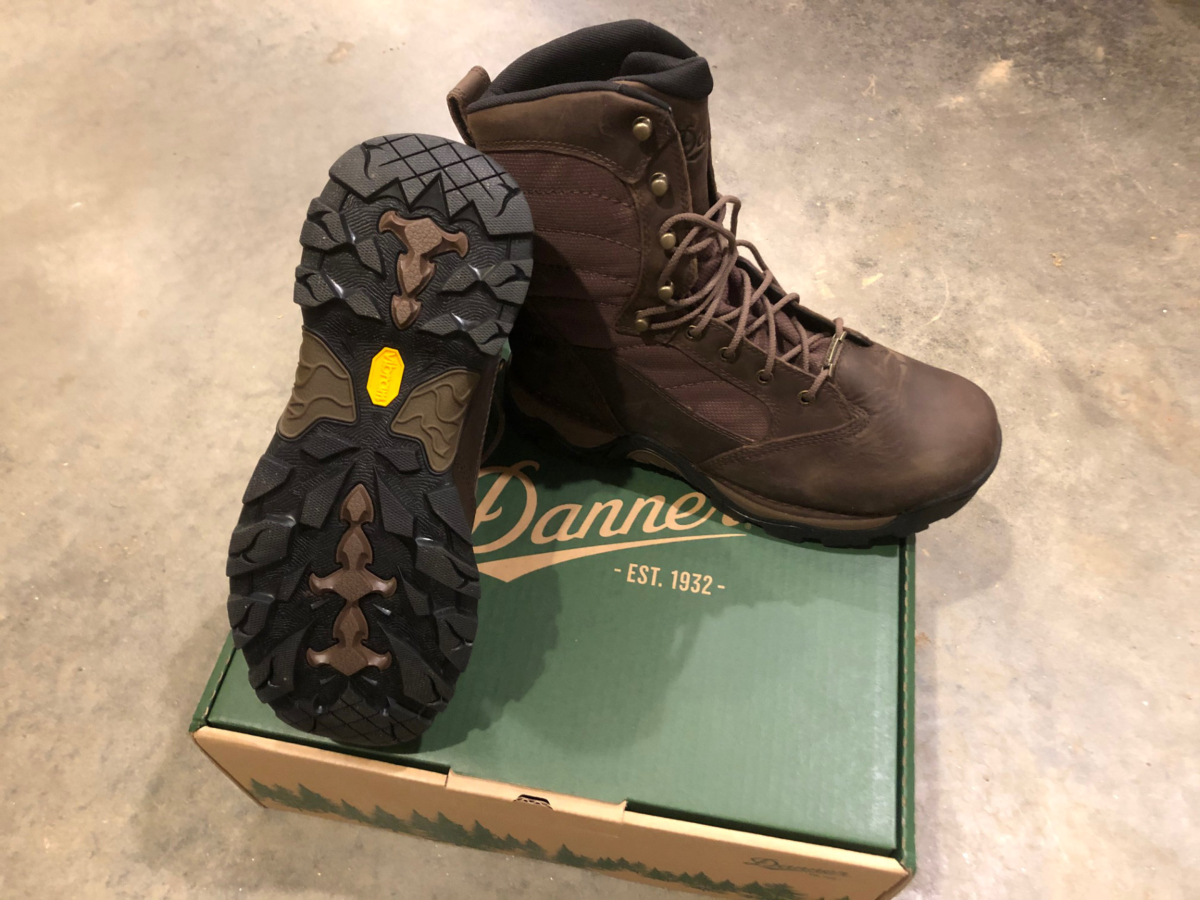 We went to the town Wednesday. Because it’s close to an hour one way, we usually make a day of it and run all our errands at once. Yesterday was no exception.

The highlight of my day was buying a pair of Danner boots with Vibram soles, as pictured above. I wish the boots were waterproof, but otherwise I am very happy with them. I tried on four pairs of boots from three different brands, and these were the best fit by far. I’ll wear these walking, hiking our mountain, and about the homestead when I am doing tasks that don’t require a safety toe or a muck boot. But first, I’ll wear them around the house for a couple weeks to break them in.