We live in a house that is too big, too near the city, and has too little land to be the prepper paradise we desire. When we moved here, it was the best place we’d ever lived, but things have changed.

Don’t get me wrong, it’s still a nice house, but the kids have been gone a few years and we don’t need all those bedrooms.  Large houses are expensive to keep up due to having more square feet to paint, put down carpet, replace the roof, etc. And its more work to clean.

The nearest city continues to grow and suburbia is moving toward us, with their shopping centers, town houses, storage units, and convenience stores appearing further out the main roads and injecting themselves into what was once the country.  We still don’t have sidewalks, but it would not surprise me if the population in the square mile where I live has more than doubled since we first bought the house about 20 years ago.

The only thing stopping the developments is a lack of city water and sewer, but that hasn’t stopped single houses being built on many of the vacant lots.  As long as they can squeeze in a septic system and a well, which can be done on less than two acres, they can build a house.

Large parcels of land, from 50 acres to 350 acres, are on sale in the area and when they sell, the farms will no doubt be replaced with houses.  (Although the coronavirus recession we expect might push that back a few years.)

We also own a retreat, but calling it a retreat makes it sound better than it is.  It is an old cottage desperately in need of one of those improvement shows like Maine Cabin Builders to come through and renovate it.  It was owned by an elderly couple who could not keep it or the land up and it gradually sank into disrepair while the land became a bit wild and overgrown.  We inherited it, but it is several hours away and we only get there five or six times a year.  In the past couple of years, its needed a new roof and has been treated for termites.  We bush hog it a couple times a year and it’s good for hunting deer. While it is nice to have a place to bug out to, if needed, this retreat it’s more of a maintenance burden than a vacation home.

The retreat has a wood stove and natural water on the property, but it is very dependent on electricity.  All the appliances are electric – no propane – as is the well, of course, and there is no solar power.  Worse, it is only about 70 miles away from a very large city and closer to an Interstate than I like.

We’re interested in selling our home and the retreat and moving into a house that is rural enough to serve as a live-in retreat with enough land to be more self-sufficient both before and during a TEOTWAWKI event.  We want a larger garden, berries, and an orchard. We need room to raise chickens and possibly other livestock.  I want a shooting range on site and to harvest firewood on our own land.

Of course, my wife has requirements too, such as a mud room and good layout in the kitchen (which must be like art: you know it when you see it but you can’t describe it).  She’d love a greenhouse but will settle for a gardening shed.

The idea of moving is not a new one.   We’ve spent many weekends over the past two years looking at property, including a trip to Idaho and Montana.  We decided we liked Montana better but neither of us were delighted with the winters or the prices.

Since then, we’ve looked in  Vermont, Virginia, West Virginia, Pennsylvania, North Carolina, Tennessee, and the northern parts of Georgia.  We’ve seen more than 35 houses that appeared to meet our criteria online.  We’ve made an offer on two.  On the first, we were declined outright because the owner thought the house was worth more than we offered. (It still hasn’t sold.)  We were outbid on the other.

We’ve also considered buying land, building a large shop, and putting an apartment in it.  Then we can live there, or use it as our retreat, while we build the house.  We’re going to save this as a last resort.

Looking at different houses and walking the property has helped us narrow down what we want, what we can live with and what are deal breakers.  Here’s our current list of particulars for our full-time live-in retreat location:

I’ll report back occasionally on how our search goes, once we’re actually allowed to leave the house!  We’re hoping that the coronavirus and stock market crash will result in some lower prices, but for the meantime, it has shut down the real estate market and many sellers are not listing their homes.

Read the subsequent parts of our Prepper Property Search in chronological order. 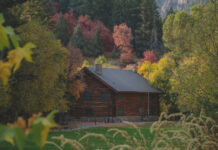 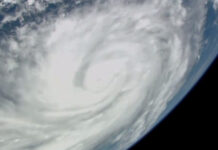 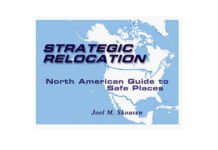 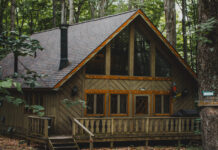 Thoughts on Dealing with Unprepared Neighbors 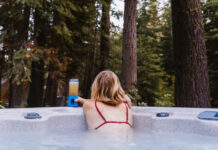 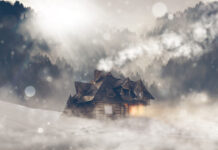 The Single Biggest Reason to Move to the Country