With riots and looting spreading across the United States, you can’t blame a guy for deciding to increase his defensive fire power. 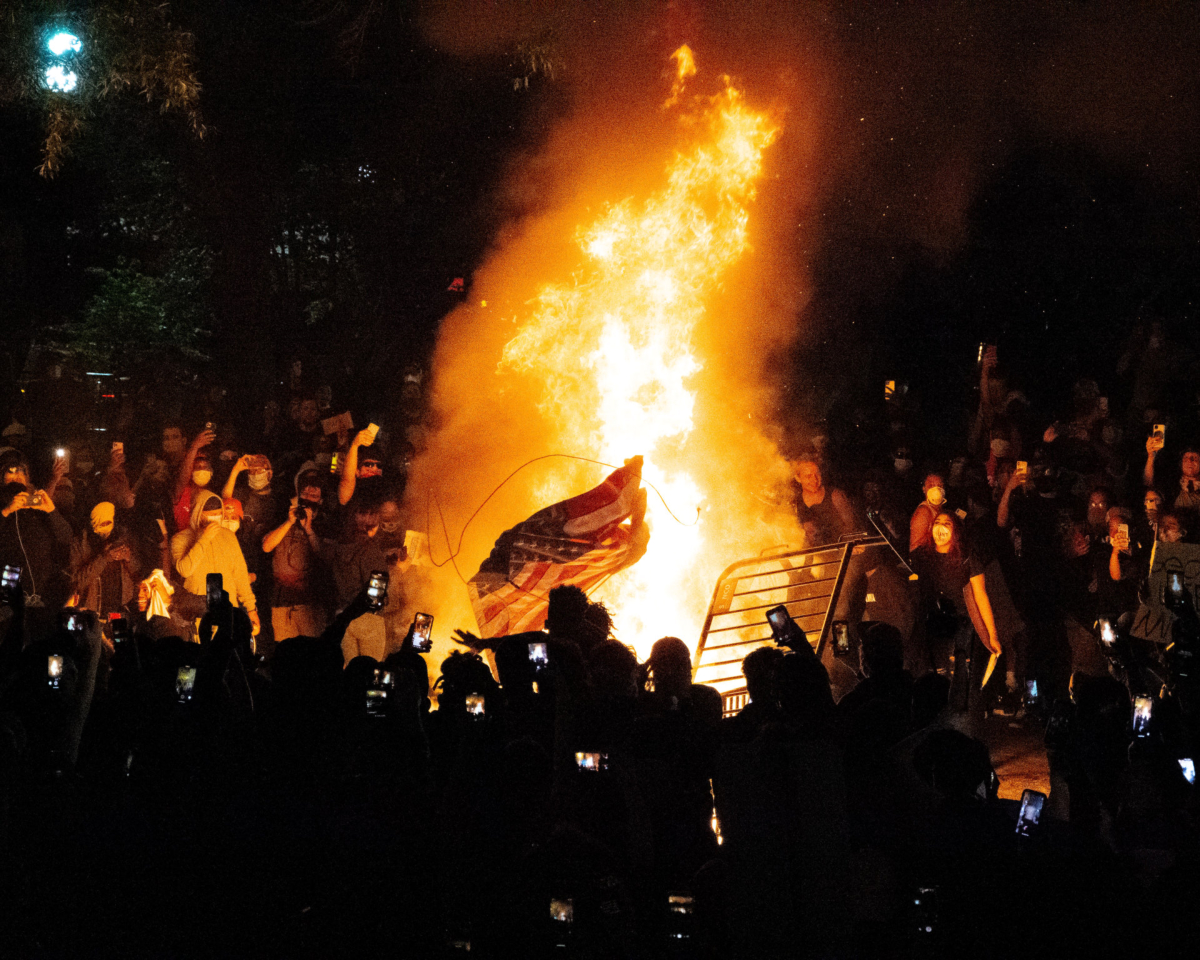 We live more than 40 minutes from the nearest riot, so we are not worried about our home or our property at this time.  Our house is off a dead-end country road that a few neighbors could easily barricade to prevent outsiders from gaining access.  That road, in turn, is off a slightly larger country road.  In short, we live in a location where protesters are unlikely to march out to.  Plus, there’s not much point of protesting our here in the boonies, nor much to throw bricks at or to loot. We are miles from the nearest store.

While I am not worried about the safety of our home, I am concerned about the attitudes displayed by the rioters.  I think the lack of an aggressive police response to civil unrest might further embolden people who have evil in their hearts and possibly larceny in their veins.

When you have The Raleigh, N.C. , police chief stating “I will not put an officer in harm’s way to protect the property inside of a building,” you might as well tell the looters, “Go ahead and loot. We’re not going to stop you.”  When the law is absent, you have lawlessness.  Until you start arresting people and detaining them for days and weeks, riots are likely to continue.

While I intend to stay far away from riots and looters, that doesn’t necessarily mean rioters and looters will stay away from us.  The more these criminals get away with, the further they will stretch that line as they look to avenge all the ills they believe society has inflicted upon them.  So as time passes and rioting grows worse, I think we have all have to be prepared for random outbreaks of looting and violence outside of our major urban centers, especially when we travel on public roadways.

We Arm Up to Defend Ourselves

These times of strife should remind us that ultimately we are each responsible for our own safety.  Because the local police and county sheriff’s department have limited manpower, there’s really only one way to put down those random outbreaks of violence, and that’s armed resistance. If you get caught in an outbreak of violence, you need to be capable of protecting yourself.

That’s why I carry a gun pretty much every waking moment and my wife has a concealed carry permit as well.  After watching the peaceful protests dissolve into violence for the third day in a row, I decided to increase our level of defensive fire power I kept close at hand.

Yesterday, I opened my gun safe and transferred my CMMG Banshee and three freshly loaded 33-round 9mm magazines into my backpack.  Today, the Banshee came with us to pick up groceries, and it is going to continue to accompany me every time I get in the car until things calm down.

For those who do not know, the CMMG Banshee may look like a sub machine gun, but it is actually an AR15-style pistol.  Mine is chambered in 9mm and accepts Glock magazines.  Because it is a pistol, and not a rifle or carbine, I can legally conceal it, have it within arm’s reach in my truck, and cross state lines without running afoul of Federal laws.

As anyone who has ever deployed from a vehicle carrying a carbine can tell you, you gotta be careful when carrying a long gun or it might get it tangled up or caught on something while exiting, especially if you are wearing a sling.  The smaller the vehicle, the more trouble you will have.

An AR pistol is significantly smaller and easier to maneuver than a carbine or rifle.  The five-inch barrel on the Banshee makes it easy to exit a vehicle and easier to shoot from inside a vehicle, should that become necessary.  The arm brace provides stability, and the weapon can also be fired with one hand .

I’ve seen videos of rioters surrounding vehicles, pounding and smashing them, and dragging innocent people from their cars to be kicked and beaten.  I’ve made a decision that if that if I end up in such a scenario because rioters suddenly block a highway, I’m not going easily.  I will use my truck as a weapon and should that fail, they will hear the wail of the banshee.  Mine goes “pew-pew, pew-pew, pew-pew.”

Let me make it very clear that I am not loading up and going looking for trouble; I’m simply taking reasonable precautions should trouble find me.  I’ve been carrying for 20 years without firing a shot in self-defense, and I like to extend that at least another 20 years. But I also want to get home safely, and my priority is to protect myself and my family.