We drove out to our new prepper property mid-week for an extended Labor Day Weekend.  In addition to bringing a pick-up-truck bed full of gear, we opened a post office box in the village closest to our new prepper property.  We can now start changing our mailing address.  With our new address and local phone number in hand, we also visited a local bank and opened accounts there.

After we officially move, we’ll worry about switching over our driver’s licenses and concealed carry permits.

We are still in the clean-up, fix-up, and prepare mode, but we now have a bed so we no longer have to sleep on an inflatable mattress.  This trip, we brought up bedside tables because you don’t realize how convenient they are until you have to go without one.  We even brought a small sofa.  This means we have somewhere to eat, somewhere to sleep, and something more comfortable than a camp chair to sit on.

Upon arrival, I unloaded the truck and stocked items on our the new shelving.  My wife embarked upon a massive cleaning binge, cleaning things I would have never thought of cleaning (like the baseboards) and the inside and outside of the windows.

Later, I moved one of the security cameras to give us better coverage and hung 56 square feet of peg board in what will be my future workshop.  This took longer than I expected because I had to screw furring strips to the wall to provide room behind the peg board to allow room for the peg board hooks to extend through.

We also received our second cord of firewood and stacked it up. Its an impressive amount of wood. I wonder if it will really last us only six or eight weeks.

We learned that our mysterious visitor, whom we had caught on camera, was apparently wanting us to fill out the census form.  I didn’t realize that vacation homes qualified, but apparently all homeowners are required to fill it out, whether they live there or not. Since the house doesn’t have a mail box, I guess there was no way to mail us the form.

A property from which I could shoot, both target practice and hunting, was on my wish list.  This was one of several things that prevented us from looking at properties with home owners associations.

While I was cutting the furring strops for the pegboard, I cut lumber to build two target stands.  These are designed to hold IPSC or IDPA targets.  The stand itself is built from an 8-foot 2×4 and the uprights that hold the target are furring strips.  With the current high price of lumber, each one cost about $9, but as long as you don’t shoot the furring strip, and we didn’t, they are re-usable.

Since our new house is on the side of the mountain, there is no shortage of backstops; pretty much the whole mountain provides a safe direction in which to shoot.  The problem is that our property slopes, so there are only about 50 or 60 feet of distance to work with unless we shoot at an angle other than 90 degrees.  But 50 feet is plenty for basic handgun drills, so that’s what we did. And I say “we” because my wife shot her concealed carry piece.  We practiced engaging single targets, double targets, two-to the-body and one to the head, and a number of other drills.

In addition to practicing with our concealed carry guns, we tried out the snake shot I had purchased, just in case we see a poisonous snake.  (My wife is quite scared of them.) I was somewhat disappointed at the small amount of shot that a .22LR round held, and it did not provide enough of a kick to make a semi-auto function.  On the other hand, a .38 caliber shot round held an impressive amount of shot that make a good pattern on a paper plate.  I have no doubt it would kill more than a poisonous snake.

I was also able to try out a new variety of subsonic ammunition in my .300 blackout AR Pistol.  The 208 grain A-MAX Hornady Black worked just fine in.  The pistol functioned very well and the groups were tight, as you would expect at only 50-feet, but about two inches low.  I assume they were low because the gun is sighted in at 50 yards and the bullet is still rising at only 50 feet, but maybe they were low because the bullets is a different speed than Federal 220 grain ammo I used when figuring my zero.  I should have shot some of them to compare, but I honestly didn’t think of it at the time.  I’ll have to find somewhere I can shoot 50 yards and see.

I did some research, and at subsonic speeds, this ammo does not expand.  And here I had been thinking that the A-Max bullet would be good for hunting, but at the reported 1,020 feet-per-second, I have to question if it is any better than the standard rounds which are less expensive

The .300BO is the newest caliber in my armory, and I built a rifle designed for supersonic rounds before I built a pistol.  That means that I purchased the supersonic ammo first, including some using the 110 grain A-Max bullet.

While I have a good amount of the supersonic ammo on hand, I have only about 300 rounds of subsonic.  This matters because that’s what the pistol is set up to fore; using supersonic ammo would require a different buffer and spring, at the very least.  I may have better luck finding those than I would new ammo right now!  The stuff appears to be sold out everywhere.

I’ve loaded 5.56 and .308, so I dare say I have the dies necessary to load .300 BO, but I definitely don’t have the heavy bullets or the appropriate powder.  Oh well, truth is, I don’t have a suppressor either.  I’m hoping the sheriff in my new county will be more willing to sign NFA paperwork than the one in my old location.

I’m going to keep the subsonic AR pistol for close in personal defense and for car carry, as I have described before.

Obviously, I’d like to be able to set up a place to shoot where I can take 100-yard or longer shots.  A couple of options immediately spring to mind:

First, I could shoot from our side of the mountain at a target on the mountain on the other side.  There are two problems here.  First, I’d need a ranger finder to measure the actual distance, and that’s a piece of kit I don’t have as of yet.  Second, while I own some of the land on that side, most of it is not mine.  I’m pretty certain the target at a level to clear the trees in the valley would not be on my land.  If I was sighting in a hunting rifle once a year, firing just a few shots, this would not bother me in the least.  But if I want to shoot regularly, that’s just not a reasonable solution unless I get that owner’s permission.

Second, while walking our land, I spotted a very nice ridge about 400 feet above the house that would make an excellent backstop.  This is in a wooded area and I would need to cut down some trees to open up a firing lane or two, but that is do-able.  It is also entirely on my land.  Depending on where I set up my shooting position, I could probably go out to 150 yards or more.

What Time is it?

For the rest of the weekend, I wandered around not know what time it was unless I pulled out my phone or looked at my computer.  I know some people use their phones instead of their watch, but I find fishing out my phone to tell time a hassle compared to tilting my wrist.

I have a friend who actually bought a tool kit and multiple watch batteries so that he could keep his watches working in a TEOTWAWKI situation.  Me? I have several options:  A Citizen solar powered watch, a self-winding watch, and a cheap wind-up model.  Of course none of them are at the new house.

Oh, and I should mention that while the Citizen Eco-Drive solar-powered does not use a battery it does require a capacitor, which looks just like a battery. Yes, it uses solar power, but it uses it to charge its capacitor which wears out eventually.  I was disappointed to hear that.  Still, a 15- or 20-year life is better than just a few years.

In any case, now I have to find a jeweler who can change the battery and replace the waterproof O-ring on my watch and pressure test it, preferably while I wait. That’s a project for later in the week.

Hope you all have a great Labor Day. 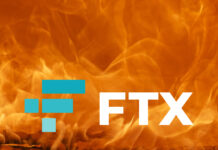