Today, we have companies like Twitter and Facebook determining who gets to say what, deciding about what qualifies as “fact” and what is not, and determining what news most young Americans see daily. If that is not enough of a dystopian nightmare, let’s look at what the future holds.

Three technologies are in the midst of development and rollout that will change the world, starting with the U.S. and other first world countries. They are Artificial intelligence, 5G and the Internet of Things (IoT). While each one seems like a great idea on its own, it’s the combination of all three that leads to potential problems.

While 5G may allow autonomous vehicles to talk to each other on a crowded highway, and will allow you to stream live events from the comfort of your car while it drives itself, it will also allow the collection of greater amounts of data on you. This data will be collected not only by your car and your phone or tablet, but by every Interne connected device in your house. This data is far too much to be analyzed by humans, so artificial intelligence will mine the data, using it to not only to send you personalized advertisement, but to predict your future actions.

Now maybe you think a computerized toilet that analyzes what you flush to determine your health is a good thing, but I think most of us feel that’s an invasion of privacy. No one I know likes red-light cameras; how would you feel if the car behind you sends a photo to the police when you run a light or pass at 72 in a 65 MPH zone?

Imagine being blocked from taking a flight because the airlines AI looked at what you browsed last week or searched on Google and decide you were a risk. (In China, computerized scoring systems already are used to determine what you can buy and do based on your social score.) How soon before an AI decides that you should not be allowed to buy any more toilet paper because you might be hoarding it? Or refuses to let you buy ammo because your recent posts have been angry or suicidal?

The possibilities of abuse by government institutions and private companies abound. This is why these technologies can usher in a dystopian future. I don’t want the government looking over my shoulder, telling me what I can and cannot do. I certainly don’t want a computer doing it on their behalf.

The Dangers of AI

I’m not worried about Skynet and terminators, at least not yet. The reliance on man-made algorithms is responsible for the problem with AI today.

Have you heard about the AI that became racist within hours of being launched? Maybe you’ve said into the phone, “Pay my Bill” and the automated attendant said “You want to terminate your service?” Amazon has an AI-drive chatbot, and I have to believe that if a company that large and powerful cannot get a chatbot that is not frustratingly stupid and difficult to interact with, then AI is nowhere near where it needs to be.

The artificial intelligence order-takers that McDonalds is testing get the order right 85 percent of the time. Do you really want decisions that impact your daily life to be incorrect 15 percent of the time? Companies that used to send data entry to countries like India will get it done automatically by computers who can listen to words and read script. But do you want the court record upon which your case might rest typed by a human stenographer or a machine? If you’ve ever seen live TV with closed captions created on the fly, you will choose the human.

Let’s say developers reach the point where AI is right 98 percent of the time. Do you want medical decisions made by a machine that could be wrong once in every 50 tries? Or an automated store that charges you the wrong amount that often? And who do you appeal to when that happens?

Job Losses in the Future

Unfortunately, the move to $15-an-hour minimum wage is going to drive companies to adopt artificial Intelligence and automated systems. Instead of the kid at the coffee shop who greets you by name and asks if you want “The usual,” a machine will prepare your order when its AI uses facial recognition to when you approach the door. But is that better? Isn’t there value in human interaction?

Then there are the automated pizza chefs that can work 24 hours a day cranking out pizzas. They don’t take toilet breaks, call in sick, or harass the new girl. Today, the pizza maker needs humans to fill its hoppers and order the raw materials, but for how much longer? I expect AI can predict how much peperoni and black olives to order and before long, autonomous delivery vehicles will pull up to the loading docks and drones will unload the food and line up the hoppers. No humans will be needed, except one trouble shooter who is there to clean the bathrooms and occasionally make change for those Neanderthals who still insist on paying with cash.

Work builds character. It gives you a sense of accomplishment. Work is an environment in which you can set goals and work towards them. It is a place where you can be successful and get rewarded. Work helps us define who we are by allowing us to tell people what we do. I’d hate to see that go away. Both of my kids have a good work ethic, and I am proud to know that they learned that from me.

How important is work? Ask yourself why people in massive role-playing games have jobs (inside the game), go on quests and perform tasks. Because we all need something to do that gives us a sense of self-worth. For many, the answer is a job.

On Tuesday morning, there was a huge outage at a cloud-based content delivery network that brought many websites down. Government, media, and eCommerce sites were affected. We’ve all experienced times when the internet crashed. You can’t order lunch, get an Uber, or receive phone calls.

So what is going to happen when your autonomous vehicle can no longer communicate with the other vehicles on the road? Or when someone hacks the system and instead of shutting down a pipeline has trucks carrying gasoline crash into each other on the highway? Do we really want that much responsibility in the hands of systems that can breakdown?

There is a hack in which you can program an ATM to think it is loaded with $1 bills instead of $20s. Then you insert your debit card and withdraw $100. Instead of giving your five $20 bills, the ATM will dutifully spew out 100 bills, netting you a cool $2,000. Sounds like fun, doesn’t it? But what if someone hacks the system that dispenses your intravenous drugs to use milligrams instead of grams? Or changes the length or GPS coordinates of the runway your autopilot is going to land on?

The possibilities for tremendous harm are obvious. We should think twice before automating and putting even more of our critical systems online.

There’s no 5G in the Country

While 5G is being rolled out faster and faster in densely populated urban areas, rural locations won’t see it soon. Maybe the closest Interstate will be lined with it, or there will be a cluster of antennas around schools and hospitals, but it’s going to be a long time before they bring it to rural areas. We don’t get any cell signal at my house, so I expect 5G is a long way off.

Of course, there is always the possibility that 5G systems in vehicles will switch over to satellite, using these new constellations of low-orbit satellites. In that case, there may be no escaping big brother and it’s all-seeing Eye of Sauron.

I’m not a Luddite. I may be hiding in the woods, but I’m not banging out my manifesto on an old manual typewriter. That doesn’t mean I want my thermostat spying on me, or my refrigerator telling me I am low on eggs. I unplug my indoor security cameras when I am at home, and I put a piece of black electrical tape over my laptop’s camera unless on a Zoom call that requires it. Maybe you consider that crazy; I consider it smart. Technology has advantages and efficiencies, but it also has its dangers. If we don’t monitor how it is used, who is using it, and what we allow them to do with it, adopting AI, 5G and the IoT could just be moving us all one step closer to a collapse.

There’s a reason your automatic garage door opener has that handle you can pull to open it if the power’s out and you put back-up iron sites on a rifle that uses an electronic site. Be on the leading edge of digital technology if you want, but have a stand-alone analogue backup and manual back up to it. 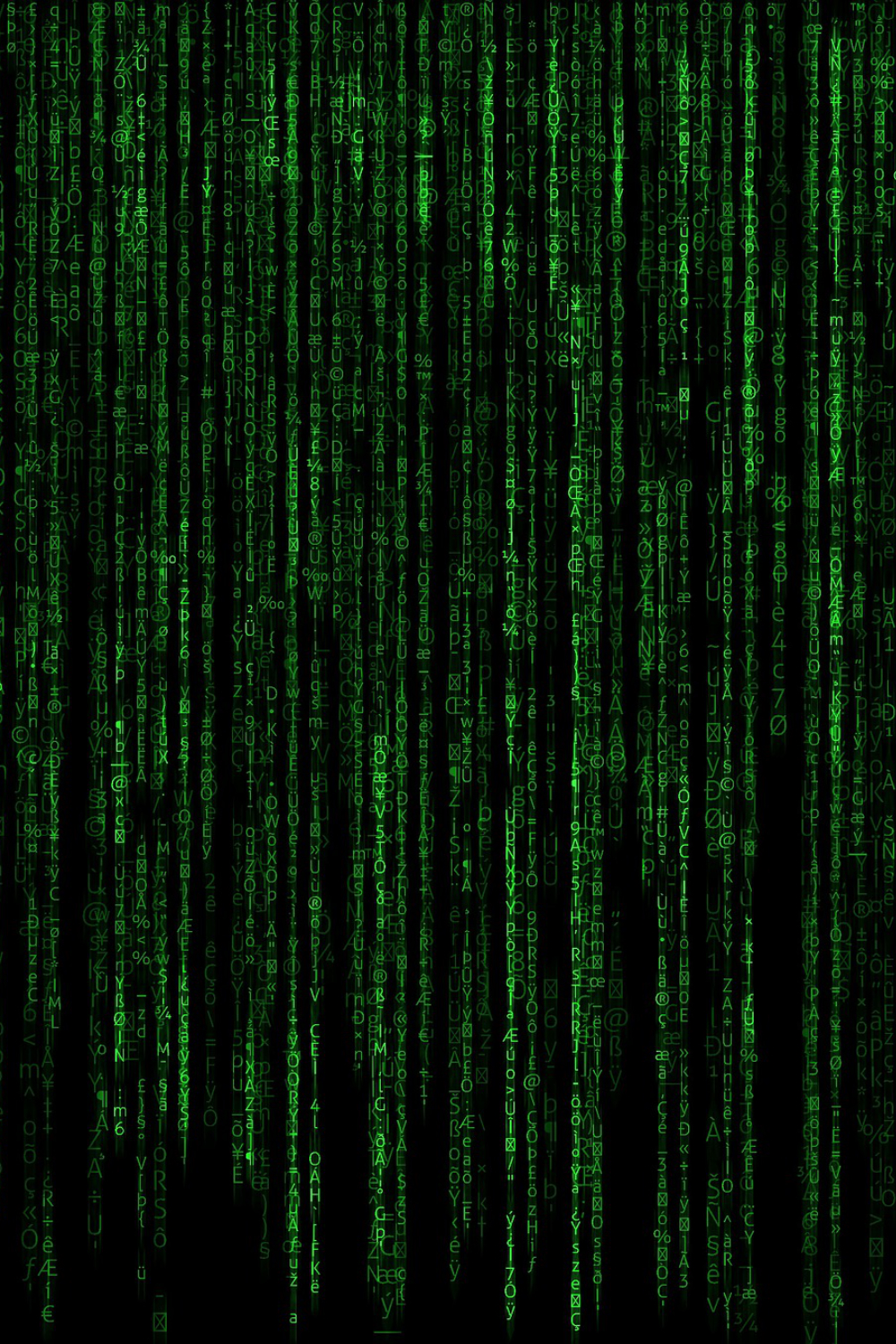