The definition of hyperinflation is “inflation at a high rate,” as “uncontrollable inflation,” or “when prices raise uncontrollably,” all of which are not very precise.

Hyperinflation appears to be like art: Economists know it when they see it. And so will you and I, because with runaway inflation, we won’t be able to afford anything.

I’m not happy when the $1 iced tea I buy at the fast-food restaurant jumps to $1.39 or even $1.89, but apparently it’s not hyperinflation until its cost rises “uncontrollably.” So if that tea costs me $2.99 next month, it’s just inflation. But if it costs me $2.99 next month and $3.29 the following day and $3.99 that weekend, then its hyperinflation.

I got a breakfast combo today for about $6. That’s about $1 more than last year. When it’s $12 or $15 and my income has barely budged, I’ll start freaking out. Actually, I’ll just stop eating out, as will millions of other Americans.

How to Recognize Hyperinflation

You will know it is here when your paycheck this week buys noticeably less than your last paycheck bought. You will know hyperinflation is here when stores raise prices weekly, or when they charge for gasoline by the quart instead of the gallon because there are not enough digits on the pump to accommodate the price for a gallon.

Those ideas sound crazy, don’t they, but that’s what living in a world of hyperinflation will be like.

What to Expect When Hyperinflation Hits

Credit as we know it will go away

Cash will Disappear and Electronic Payments will Rule

Strategies for Living with Hyperinflation

People in other parts of the world have lived with ridiculous levels of inflation. Sometimes it’s just 45 percent annually. Other times it is thousands of percent. What can you do besides getting poorer, hungrier and angrier? Here are some suggestions:

This is the most important step and you should do it now.

Preparation and stockpiling of food, medicine and other necessities is the best way to minimize the impact of rising prices and give you item of value for trade or barter. Stockpiling compact items that are in demand, don’t deteriorate with time, and store well may give you barter opportunities in the future. This can include canned food, screws and nails, bottles of alcohol, batteries, coffee, drugs, and over-the-counter medications.

When inflation is rampant and prices adjust daily or weekly, you have to change how you manage your money.

When we’ve talked about inflation in the past, we recommend buying real estate as a good way to preserve your wealth, but by the time hyperinflation hits, it’s probably too late.

During hyperinflation, you want to spend your paycheck and any other income the day the money hits your account. Maybe this means buying food, medicine, gas for your car, and other necessities. Stock up because every dollar you spend on payday will be $1.25 or $1.50 you don’t have to spend next week.

If you get paid on Thursday, don’t wait until Saturday to go shopping. Prices might be higher by then.

Convert Excess Cash to Another Currency

If the dollar is subject to uncontrollable inflation, then get out of the dollar.

If you can’t spend it fast enough, convert it into another currency so it does not get devalued overnight. This might mean buying Bitcoin, Ethereum, or another cryptocurrency. It could even mean buying junk silver, if you can find someone willing to part with theirs. It might mean buying Australian dollars, Swiss Francs, or whatever stable currency is available. (I doubt it will be the Euro.)

If you use PayPal, you can often transfer your money from dollars to other currencies right in your account. (Might be worth setting up your PayPal account now.)

Pay Bills as Late as Possible

Because your money’s value is dropping daily, you should defer as many bills as possible. If someone offers you credit, take it.

Here’s an example: You receive your $150 electric bill on June 22 and it is due July 15. You know they will give you until August 15 before they cut off your power. So pay it around August 10. During the interim, that bill won’t go up, but the value of your money will go down. That $150 will buy more food or other necessities in late June that it will in August.

If inflation tops 10 or 12 percent per year, you want your employer to give you a cost-of-living adjustment every quarter. When inflation exceeds 25 or 30 percent annually, you want every month or every paycheck adjusted to keep up your standard of living. If you are working under a contract and cannot negotiate this kind of compensation plan, find a job that has regular cost-of-living increases and quit your current position.

Also consider asking to be paid in another currency, or in goods instead of a rapidly devaluing dollar.

How to Charge Customers

If you are in retail or have a side gig to make money, you will need to adjust your prices regularly to avoid falling behind. The best thing to do is to charge customers a price based on something like the price of gold or a currency with its buying power unaffected by inflation, possibly a cryptocurrency. This is called indexing the payment.

For example, if you sell shoes, you could price your shoes in grams of gold. If you sell a pair of shoes for two grams of gold, the customer can pay you any of these way:

Allowing a customer to pay you in net 30 days is a recipe for disaster; you will go broke and the business will fail. The sooner you can accept payment, the better. Look for payment systems that give you immediate access to your funds. If one credit card processor puts the money in your bank account in two business days and the other does it in one, use the company that offers one day. If you can accept PayPal or Cash App payments that give you immediate access to your money do so, and then spend it or convert it into something that will not lose value as quickly.

Change How You Write Estimates, Quotes, and Contracts

If you are a contractor, you have to be careful because building supplies and other materials will be affected by inflation, making it difficult to estimate how much to charge the client. My advice is to have the customer buy for the raw materials. Give them a detailed list of what you need and suggestions of where to buy it and then leave it in their hands and the cost in their pocketbook.

Don’t quote a price in dollars. Quote it in a steady currency, a cryptocurrency, index it to something, or as a percentage or multiple of a commodity. For example, you could quote them a job at three payments of dollars equal to the average cost of 125 gallons of gas in your town. If gasoline cost $117 per gallon when the first payment is due, then you get paid $14,625 for the first payment. Two weeks later, when the preliminary work is done, gas is $124 per gallon. Your second payment is $15,500. When the job is complete, gas is $127, but they wait a few days to pay you and gas has risen to $132 per gallon. That means they have to pay you $16,500 for the final payment.

When a customer pays you, immediately pay your employees. The fairest way to do this may be to pay them a set percentage of the payment you or the company receives. Depending on the size of the business or the number of employees, this could amount could vary.

You’ve probably heard the story of the man in Germany who used a wheelbarrow to carry his of money during the worst of their inflation. The Marks had depreciated so greatly, someone stole the wheelbarrow but left him the cash because the equipment was worth more than the stack of money.

When governments reprint their bills or change their currency to something new, they rarely change the coins. This is because it is far easier to print paper bills than it is to mint metal money. Historically, governments often leave the coins untouched.

Let’s imagine that in five years, the government issues something it calls New Dollars. Thanks to inflation, you get one for every 10,000 old dollars you turn in. When the new currency is launched, the amount in your bank account automatically adjusts overnight. ATMs and banks will issue New Dollars. Electronic payments will convert from dollars to New Dollars. But the quarter you had in your pocket is now worth one fourth of a New Dollar.

Go Armed and Build Your Defenses

If people know (or even just think) that you have food or other supplies, that makes you and your home a target. You need to be on the lookout for home invasions, kidnappings, burglaries, etc. Use a layered approach to security to make it difficult for anyone to reach your front door and almost impossible to break in. Work with your neighbors to build neighborhood defenses. If you are truly wealthy, consider hiring armed guards. If you can’t, then be your own armed guard and go armed at all times.

Hope for the Best

While the U.S. has experienced periods of inflation over the course of its history, it has never had massive, uncontrollable, run-away inflation that could be classified as hyperinflation. Maybe it won’t. Maybe these tactics and any others that you develop will be unnecessary. Let’s hope for the best, but prepare for the worst.

Remember, it all starts with preparedness and a full prepper pantry. 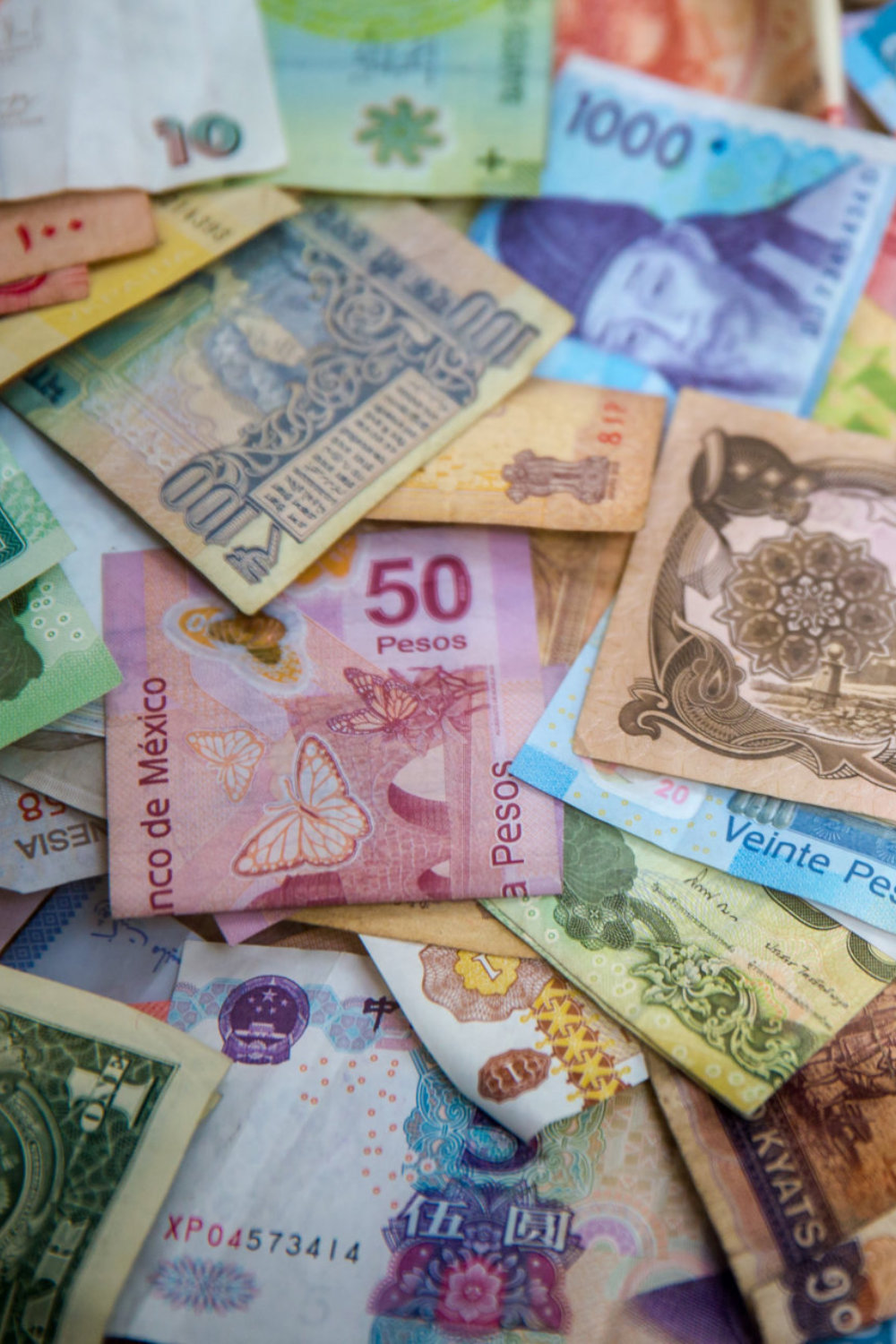