I’ve written a great deal about the possibility of an economic or societal collapse in the United States’ not-so-distant future, often using Venezuela as an example. Although most of the mainstream media is not covering it, we are witnessing the collapse of another country, mostly because of financial problems. As detailed in this article, that country is Lebanon. Here are a few data points from the article:

Yesterday, I complained because the cost of a can of roast beef had increased by 10 percent since I last bought one in March. Imagine instead the cost had gone from $2.50 to $32. That’s what has happened to food prices in Lebanon.

While the U.S. is nothing like Lebanon, the danger of self-inflicted harm caused by “government mismanagement and corruption” that the article describes there could be repeated here.

When governing bodies do what is best for the individuals who make up the body, rather than the country, the result is a financial collapse and social implosion. I see the danger in the Socialists that make up the ultra-liberal wing of the Democratic party spending money we don’t have for programs we don’t need to take care of people who should take care of themselves. These misguided policies refuse to see the bigger economic picture. That could end up subjecting the very people they claim to care about to food shortages, gas line, blackouts, and a loss of purchasing power akin to that in Lebanon.

The CDCs re-instatement of the eviction ban despite the recent Supreme Court decision striking down such a ban is clear evidence that the current administration is not interested in following the law and honoring the Constitution.

Apparently short-sighted, self-serving politicians are a global problem. A recovery plan proposed in Lebanon was approved by the IMF, but:

Lebanese politicians and the country’s banks rejected the plan, with the Lebanese Banking Association warning it would damage business confidence and infringe on private property rights. The country’s bailout negotiators quit in frustration.

“If you don’t want to introduce reforms, and you don’t want to allow the economy to bounce back, then what are we doing?” said Alain Bifani, a 20-year veteran of the Lebanese finance ministry who was one of the departing officials.

Doesn’t that sound like something that Congress would do? Reject a workable plan but propose nothing better. Let the country continue to slide downhill.

Meanwhile, Lebanon’s wealthiest residents added $2.7 billion in Swiss bank accounts in 2020. Doesn’t that sound like something our elite would do?

If today’s politicians cannot learn from history and the repeated failure of socialism, will they learn from what’s going on in Lebanon? doubtful. They’ll just say “that can’t happen here” and come up with soundbites to explain why not. Meanwhile, they will raise the debt ceiling, increase taxes, and come up with more programs to encourage people not to work, and then scratch their heads as the country spirals towards collapse.

If we keep up our current trajectory, it will happen here before long. Don’t say we didn’t warn you. 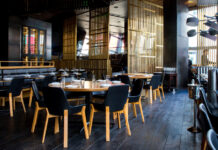 Americans Cut Back on Travel and Restaurants

Are you Ready for 2023? Getting Mentally Prepared