I consider myself pretty far along my prepper journey. I’ve taken the big step of moving somewhere rural, mountainous and isolated. The is house heated by wood with gravity-fed water system  We have  a storage room loaded with #10 cans and 5-gallon pails of food. We also have friends and family who expect to bug out here, and we have guns and ammo, tools, equipment, medical supplies, water filters, chickens, and bees.

But there are plenty of things we don’t have. Some of them are reasonable targets, but others are fantasies.  Stuff we can only dream of.

I’m sharing this list with you to show that you can still survive just fine without having the cool prepper stuff you see on TV. I’m also hoping to demonstrate that living the prepper life is a journey, not a destination. There is always more you can do, more you want, and things you may never have. But that’s OK. You can survive without them.

I don’t have an underground bunker or a bomb shelter. Admittedly, these are cool. Arguably, they could also be a trap. I’d love to have a secret trapdoor in my bedroom leading to an underground shelter with filtered air where we could bug in, lockdown, and be secure for weeks or months. Tie the whole thing into our water source and septic, add a couple of escape tunnels and a secret solar power system, and we’d be all set. But that’s not happening. I’m never going to spend multiple six figures on that kind of survival shelter.

If we get involved in a nuclear war, I’m going to count on the mountains to protect us from the blast damage. If we get fallout, we’re going to gather in the deepest corner of the basement and hope the dirt walls on two sides are good enough.

I don’t even have a root cellar. If we have to store root vegetables somewhere after a SHTF event, it’s going to be in a hole we dig or in the ground where they grew.

We know many folks who have a whole house generator, which just goes to show you how unreliable the electricity is around here. Since we don’t have natural gas in the boonies, these are powered by a big propane tank and cut in automatically when the power goes out.

These are very convenient. You might be in the midst of a power outage and not know it, except for the dull roar of your Generac out back. I don’t think they are good for long-term survival, however.

For survival, I don’t want a generator that runs all the time. I want one that I can control and turn on and off when I want to, so I can use it jus a few hours per day. I also want multiple generators. There may be a time when I need a small, 1200 or 1,500 watt generator to run a single device. If we need to bake a turkey or run the hot water heater, I may need a 9,500 watt generator. Instead, I have a 3,500 watt generator that will run our refrigerator, freezer, a few lights and let us charge our electronic devices. Because we do not have propane on site, our generators must be gasoline powered, which means we might need a large gasoline storage tank if we went with anything bigger.

I also don’t have a transfer switch, which means I have to run extension cords all over the house when we use our generator.

I think it is possible that in the next five years, we’ll install a transfer switch to cover 6 circuits. It’s also possible we’ll invest in another, larger gas-powered generator. I cannot imagine a situation in which we would get a propane-powered whole-house standby generator.

A Solar System with Power Wall

I would love to have a 24 or 48-volt solar power system with 30 kWh or more of lithium storage batteries, two inverters (so we could have 220/240), and 12 or 16 300+ watt solar panels. Unless prices drop dramatically or we come into a large amount of money, I think this is just a pipedream. While it would allow us to be off-grid, a system that large is too expensive for us.

I think it is much more likely that I will invest in something like a 3,600 watt solar generator and three 300 watt solar panels. A small, portable system like that could be expanded as resources allowed, buying a second battery (or building a DIY battery), and adding a couple more solar panels down the road.

That type of system would enhance our living conditions when grid power was down for months or years, but it would not replace it like a full system. Besides refrigeration, lighting, and recharging, it would allow us to do an occasional load of laundry and run the microwave for a few minutes. These small things will be big conveniences in a post-SHTF scenario.

Either of these systems would obviate the need for a whole-house generator, although we would still keep our gasoline-powered generator to recharge the batteries on those rainy weeks where there is very little sunlight.

While we are at it, might as well throw in wind power and hydro power. I have plenty of wind. We have enough water for a small hydropower system. I’d only look into one or the other if I already had the full solar set up as they would supplement its generating power, not replace it.

These small utility vehicles are pretty common around here. I don’t need one for my day-to-day survival, but having one would be helpful on the homestead and in helping us prepare for the day at which the world as we know it comes to an end.

For example, I could use a side-by-side to gather firewood. I could plow the driveway with it. I could use it to run up the mountain and fix the water supply. Instead of breaking out the pickup to run up or down the mountain to see a neighbor, I could zip over there on the utility vehicle. I don’t even need it to be road worthy or fast, as I will not drive on pave roads. I need it to handle a steep incline.

You can tell I want one of these, but it’s hard to justify the price. My first car (OK, it was used, very used) cost $1,400. I cringe at spending six or ten times that on an off-road utility vehicle. Nonetheless, it remains a possible future purchase.

Before we got married, my wife asked me where I saw myself in the future. I told her I saw myself living on the side of a mountain raising goats. (She married me anyhow). Well, the first part of that came true, but I don’t have any goats. We were barely able to squeeze in a chicken run and garden; I don’t have room for goats.

If I wish I had done anything differently, it would be to get land with more level or gently rolling pasture that could support more livestock. From a meat production standpoint, I think it would be better to raise hogs than goats, but there are long-term advantages to having some kind of dairy stock as well. Our mountain location does not lend itself to cows, but the valley below does. After a SHTF situation, we’ll have to establish some kind of trade with those that have cattle.

Another advantage of living on a homestead in the valley is that it would likely have outbuildings, and I could justify buying a tractor and that side-by-side.

In the livestock realm, rabbits remain a possibility, but I’m going to concentrate on expanding the bee yard in 2022.

I love the look of a badass off-road-ready bug out vehicle, but I’m not bugging out. I also don’t want to advertise “I’m a prepper” every time I drive through town. So I’ll be sticking with my Chevy 4WD pickup to get me home. Maybe it’s more pedestrian looks will help me keep a low profile and be the gray man.

I’ve been told by guys who should know that the real advantage of an automatic weapon is in clearing a room occupied by multiple bad guys or in other close range situations with multiple opponents. I understand the advantages of aimed, deliberate fire, but a guy can dream. My dream includes a .30 caliber machine gun and a couple of pallets of .308 ball.

I’m not getting my hopes up on this one. Heck, I’m still waiting for the BATFE to approve the paperwork for the suppressor I bought last year. I’ve listed this last because that’s where it falls on the likelihood list.

Unless I win the lottery, I’ll just have to depend on 8 rounds of 00 buck in my semi-auto 12-gauge for close-in self-defense situations.

This just goes to show you that whatever you have, you want more. If you’re like Elon Musk, you want to go to Mars. If you’re like Pete the Pickled Prepper, your wants are more down to earth, but may still be out of reach. That’s no reason to give up. 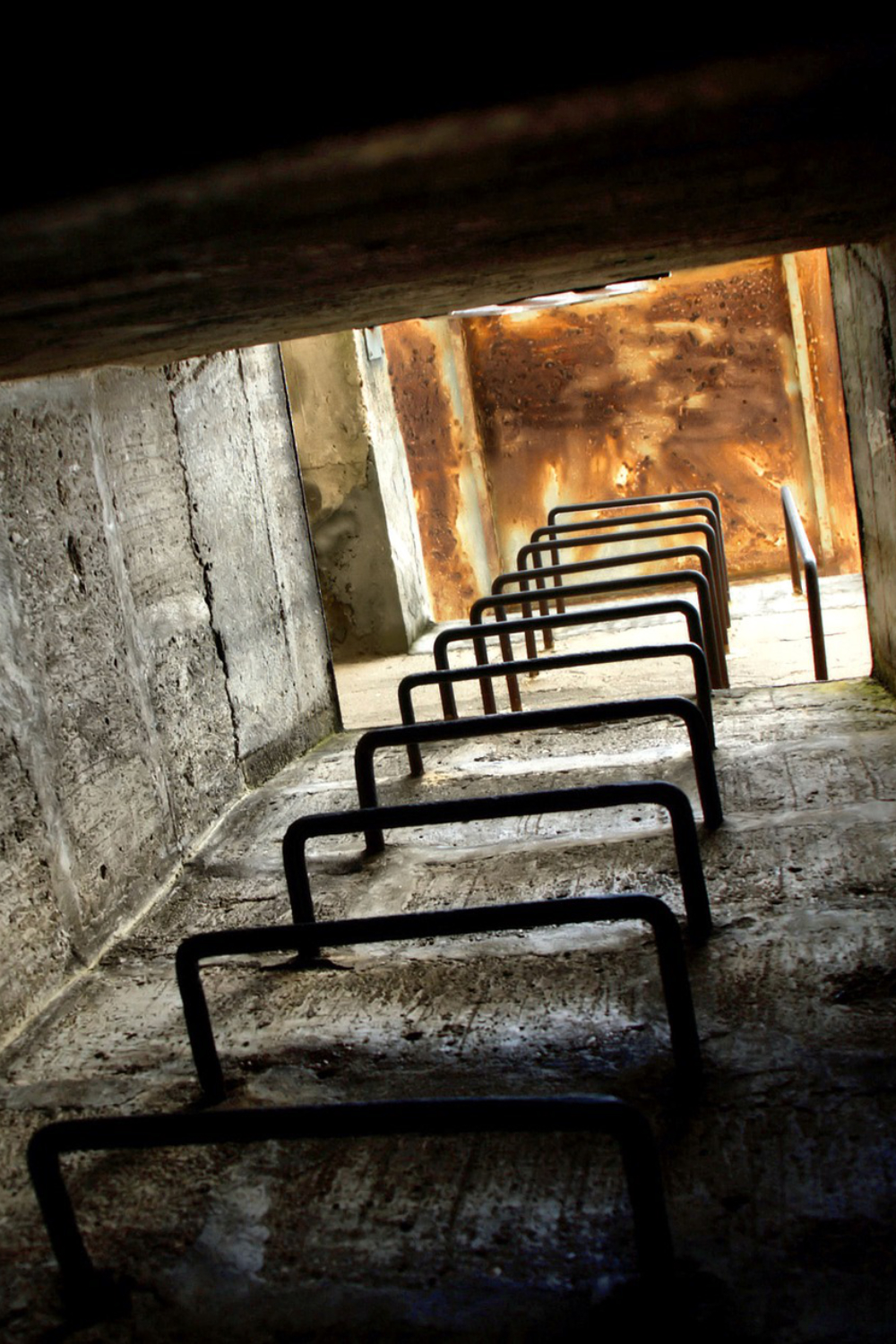