When I was at Dollar Tree last week, I got to see shrinkflation in action. They had two packages of identical vanilla cream cookies on the shelf. On package was 16 ounces, and the other was 11.8 ounces. In other words, when the larger packages sell out, your $1.25 buys 25 percent fewer cookies than it used to.

Of course, it was only last year when the Dollar Tree, where everything used to sell for $1, changed its prices, so that everything there now sells or $1.25. In fact, some people now refer to Dollar Tree as the “five quarters store.”

If you take into account both the price inflation and the package shrinkflation, the per-cooking cost has increased around 70 percent. That’s some serious inflation.

We are continuing to see food inflation. Here’s what I believe is happening:

Companies were caught by surprise when inflation hit hard. (They probably believe the government officials saying it would be transient.) As a result, they had to bump prices up by 25 or 30 percent% at a time. Now that they are in the inflation mode, we are seeing smaller cost increases more frequently. This may be less noticeable, but it is actually worse for your pocketbook.

For example, the flavored rice pouches I bought at Walmart for $1 initially jumped up to $1.26. Now they are $1.32. I expect they’ll be $1.39 in another six or eight weeks. Here are a few other examples from Walmart:

I don’t keep as good records with meat and fresh foods because the amount we buy varies, but it’s obvious things like bacon and beef have soared in price.

Today, I drove into the drive in at a KFC, which is a place I rarely go. Three chicken strips were almost $8. What? I pulled into the Subway store next door, also a place I probably haven’t eaten for two years, and had a foot-long sub for $7.69. I know the sub was larger and more filling. Granted, it wasn’t a $5 foot long (days are long gone), but I didn’t feel ripped off.

To cut our spending, I’ve started eating only the burger or sandwich and skipping the drink and the fries. The era of the $1 drink also seems to be behind us. Before long, I may skip fast food altogether. It is just so much cheaper to eat at home or pack your own.

As you may have guessed, we’re on a road trip. As a result, this post will be a bit short and I may miss a day or two posting. I’ll be back up to speed after the weekend. 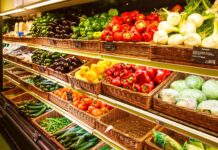 We’re in a Global Food Crisis 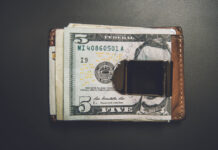 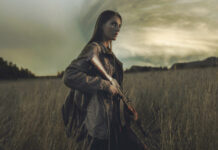