The following information is provided to assist those who are considering acquiring a property or a place to which they could bug out. It is a real-life example of how one couple did it.

I have changed some information to preserve the couple identify and simplified the process, but otherwise the following is a true story about how a couple built their retreat.

More than a decade ago, a married couple decided they wanted a place in the country where they could escape the city if things took a turn for the worse. They did some research and decided they wanted to build a house that could be heated by passive solar energy and a wood stove. They wanted to cut their own firewood and plant a garden.

After visiting numerous parcels of land, they found the perfect one on the south-facing side of a mountain in West Virginia. It was 25 acres in a hollow. The property included stream frontage, pasture, and forested mountainside. The driveway was shared with five other properties, two of which had houses.

After doing some due diligence, they bought the property. Then they picked three potential locations to build a house and called a dowser. The dowser came out at sunrise one Saturday morning and walked the property, paying special attention to the housing sites. He recommended one above the others and told them where to drill.

Their first step was to build a road from the common driveway to the house site. The road had to be large enough to support trucks and heavy equipment and to allow them to turn around. At the same time the road was built, they cleared and leveled a large spot where the house would sit.

Then came water. A well-drilling company drilled for water, hit it, and then drilled another 70 feet until they had 7-gallons per minute. The pump installed by the drillers was a standard pump that required 240 volts. At that point, work stopped for a while because the couple had spent all their money. Their visits to the location didn’t stop, however. They would pull the camper up there and camp out while they got to know the area and explore the land. Eventually, they just left the trailer parked at the site of what they expected would be their future house.

In my opinion, this would have been a good time to install a solar power system to pump the well, but they did not do that. That would have given them a place to stay and a source of water if they needed to bug out.

While they saved up more money, the prepper family looked at home designs and talked to different builders and contractors. Building a house was more expensive than they thought. In the end, they bought a kit house made in another state. This house would be transported to the building site on flatbed trucks. All the wooden pieces, and it was a stick-built wooden house, would be numbered or barcoded. A local contractor would be hired to assemble it.

It took more time to save enough to buy the kit house. Then, during the wait for delivery, they arranged for a foundation to be built. The foundation would include a walk-out basement, which meant more earth-moving equipment was needed.

The foundation was built and then it sat there, empty, looking abandoned for months before the kit house was delivered. Weeds grew in it. The family grew depressed and stressed. Finally, the kit house arrived.

Building and Roughing In

Once the parts arrived, the house went up quickly. The local contractors were competent, and the kit was well made with attractive cedar board and batten siding. Windows and doors were installed. The roof and soffit were installed. When the contractors left, it looked like a house. Inside, however, there was no wallboard, no flooring other than plywood, no wiring, and no plumbing. But it was weather tight.

The shell sat there for a year or two while the couple saved more money. They were determined not to get a mortgage on the house, and they both had decent-paying jobs. Another timing issue was that when they applied for a permit to do the plumbing and electric, they had a limited amount of time to get the job done and inspected before the permit expired.

After they pulled the trigger, the electric and plumbing was roughed in and inspected. The structural portion of the house also passed inspection, which was reassuring. They also had to get the septic tank installed and the septic field built. Electric was brought in from the nearest pole, which require the addition of two more poles. Like many things, it was more expensive than they expected.

Then they had to do all the drywall. They had planned to do this themselves, but ended up hiring someone to do the drywall once they saw the scope of the job and realized they’d have to drywall the ceiling as well. They did the painting and staining themselves with the help of friend and relatives.

To get the occupancy permit, the house had to have plumbing, light fixtures, and extras like smoke detectors. They also did that work themselves. Because they were running out of money, they put linoleum in the kitchen and bath and cheap carpet in the other rooms. The plan was to upgrade a few years later. They also settled on inexpensive cabinets that came in flat boxes they assembled and installed. They joked about it being an Ikea kitchen. It was enough to get the occupancy permit.

It took over five years to go from the land purchase to a livable house. Of course, they still had to do things like furnish the place, construct outbuildings, build and fence a garden, etc. Over time, they learned that keeping a garden is not practical in a house you visit only every two weeks or so. They turned to planting berries and fruit trees instead. They also learned that while passive solar heating is better than nothing, it won’t keep the pipes from freezing on cold nights. Wood heat is great, but only when you are there. They had to install electric baseboard heaters in the bathrooms and kitchen.

Even when you design and build your own house, once you live in it, there are things you wish you had done differently.

They may not have a mortgage, but having two electric bills, Internet bills, property tax bills, and insurance bills adds up, as does paying to maintain two houses. As a result, they still have the cheap linoleum and carpets, but at least they have a bug out location, and one day, they hope to retire there. Perhaps then they’ll finally get the tile they want.

When we were looking for prepper property in Idaho and Montana, we considered buying raw land, installing a steel shop with an apartment in it, and then taking our time to build a house. Given the events of the next few years, I’m glad we did not take this option. In my experience, it is not only easier to buy and improve an existing house than to build your own, but cheaper. It is definitely faster. If you can afford it, my advice is to buy an existing home, even if it is a fixer upper. Much of the infrastructure like well, septic, and electric service will be there already and this can save you tens of thousands of dollars.

Our idea of building a metal shop is that it would be quick, and it would allow us to install the well, septic and electricity right away. It would then give us a place to stay when we visited, a structure that could house tools and equipment, and it would serve as our retreat in an emergency. As you know, we opted to buy an existing home in another state instead and are quite happy with our decision.

If you decide you cannot afford to leave the city or you cannot afford to build your own house, you could take the same approach as above, but instead of building a metal building, you could park a second-hand RV there. Build a small well house, bring electric to it, and add a freezer chest and some cabinets in there for storage. Hook up the RV and have many of the comforts of home. (I would not recommend this for a place with long winters, but it could work in much of the South.) You could even install a larger propane tank.

You could then build a deck nestled up against the RV and equip it with an outdoor kitchen. This will make it feel roomier.

If you are very remote, you could install solar and eliminate the electric bill, water bill or sewer bill. Solar can be expensive, but with an off-grid set up, you’d be well prepped to weather a disaster.

Do Some of it Yourself

Whichever path you take, you can usually save money, if not time, by doing it yourself. The secret lies in knowing what you are capable of doing and when to hire an expert. 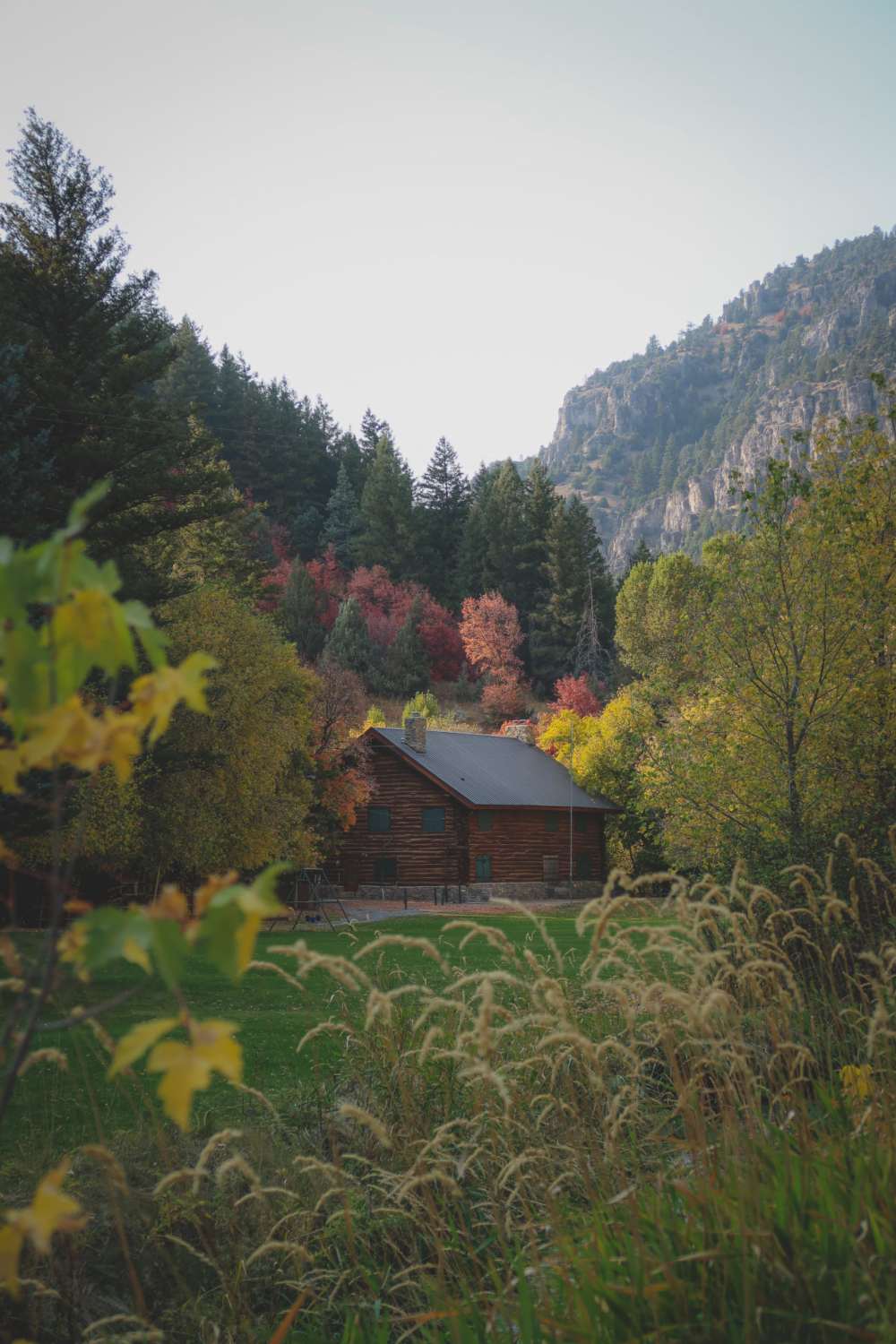