Whether you blame Joe Biden for pulling out or the Taliban for its cruel practices and inability to rule effectively doesn’t really matter. What is inarguable is that in the absence of the U.S. and the primacy of the Taliban, Afghanistan and its people are sinking back into misery, poverty, and degradation. A humanitarian crisis is brewing in Afghanistan and it doesn’t look like anyone is going to do anything about it.

According to the United Nations Whole Food Program, 95 percent of Afghanis are not getting enough to eat. The disruption caused by the Taliban could see most of the population sink below the poverty line next year. Many families are already resorting to selling their children to pay off debts or to put food on the table for other family members. Hospitals lack drugs and some have not paid many nurses and doctors for months.

END_OF_DOCUMENT_TOKEN_TO_BE_REPLACED

I never thought I’d say this, but I feel sorry for Joe Biden. He is failing in front of our eyes, and dragging the country down with him.

As the whole Afghanistan withdrawal disaster unfolds, it is becoming clearer and clearer that he is not only in over his head, but that his advisors are in over their heads as well. I think we all knew that Joe was past his prime and little more than a figurehead, but now we know he is a figurehead for a bunch of nincompoops (I’m being polite here—substitute a harsher word if you wish). We, and the rest of the world, are having the privilege of seeing on live TV a presidential administration collapse as Biden and his staff fail their trial by fire.

Hey Biden advisors: Your participation trophies are no good here. We need a winning strategy and you guys are proving to be losers. Learning on the job is not acceptable. You have not only offended and alienated more of the country than voted for you, plus every veteran who fought or died over there, but you’ve offended our closest allies. Worse yet, you have given our enemies a glimpse of how bad things are in the White House. You can’t even yell “Ignore the man behind the curtain!” because there is no man behind the curtain. There is just an empty chair.

END_OF_DOCUMENT_TOKEN_TO_BE_REPLACED

Things fell apart in Afghanistan so quickly we had to evacuate Americans via helicopter, giving President Biden a “Saigon moment” and the U.S. a huge black eye. 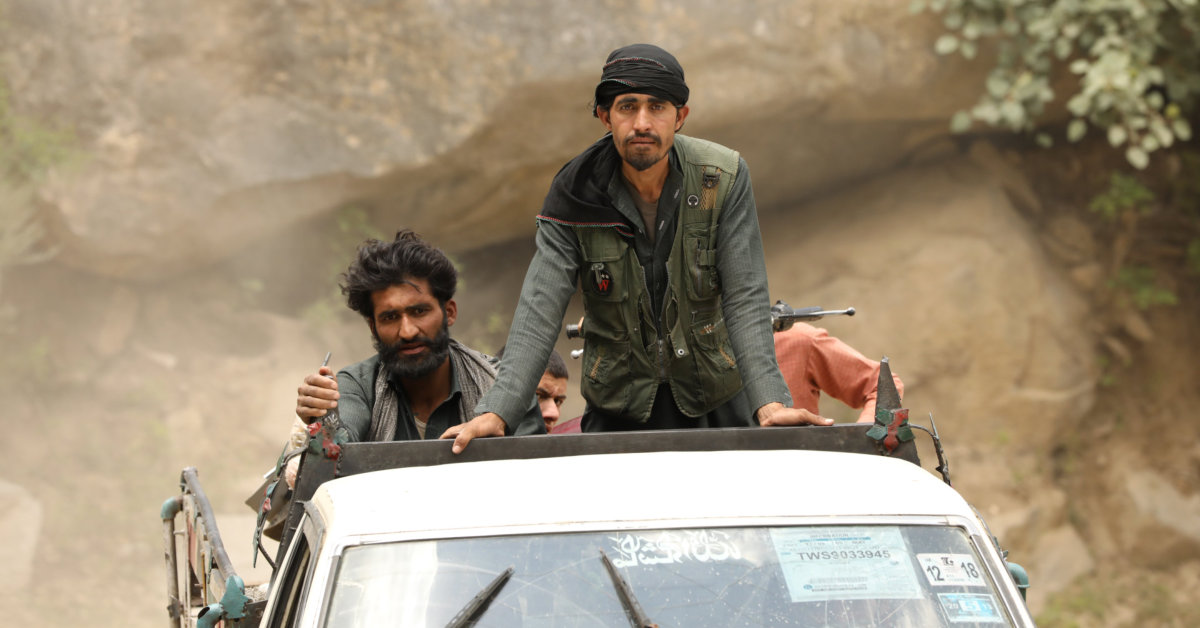 The haphazard withdrawal of American troops and the utter collapse of the Afghan government is making President Joe Biden a laughingstock, the foolish jester on the global stage, and is hurting the country’s standing. China has already joked that the transition of power in Afghanistan is smoother than that of the U.S. presidential election.

The U.S. intelligence agencies aren’t looking very good either. For example, after saying Kabul could fall in 90 days, it took less than a week. Even the defense establishment looks bad for not understanding their enemy, the Afghan army they reportedly trained, and the will of the country they all but occupied.

Unfortunately, this is about more than optics and looking bad. Millions of dollars in captured American equipment are now in the Taliban’s hands, from M4s to Hummers to helicopters. Millions of girls and women who grew up in Afghanistan under U.S. protection that were able to go to school and have something approaching equal rights are being raped and forced into slavery and sexual servitude. A generation of American warriors spent years of their lives in Afghanistan, and for what? All that blood and treasure wasted. We didn’t even hang on to a couple of air bases.