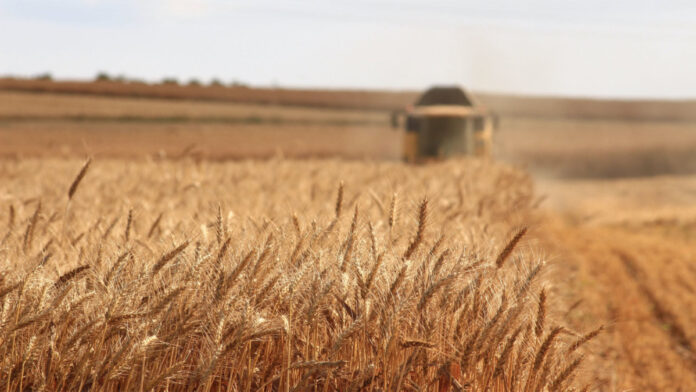 Panic buying and lack of money are two reasons given by the Wall Street Journal for what is quickly becoming a global food crisis. demand, but if you read deeper, these are minor factors.  The root cause is that some producer countries are prohibiting export of wheat and rice, while the international supply chain is completely disrupted.  India, for example, says it has plenty of rice on the market, but international sales are down 80 percent. Considering that they are the world’s leading exporter of rice, that’s a shockingly high sales decline.

In the face of these shortages, Egypt has decided to stockpile eight months’ worth of wheat, which any student of history can tell you is a good call.  Feeding your populace, as the USSR demonstrated during their lean years, is a good way to prevent riots in the streets or threats of a coup.  Some governments are considering boosting stocks of food from four months’ worth to 12 months.

Apparently, the food supply chain in the U.S. is not the only one that is fragile and difficult to adapt as needs change.

In the U.S., grocery store prices are increasing as meat supplies diminishes in the face of plant closures and supply chain issues created by the coronavirus continue to upset the normally steady relationship between supply and demand.

If entire countries are stocking up on food, you might want to consider doing so as well. Having a deep pantry to draw on with added stocks of log-term storage foods is the foundation of any preparedness plan.

Similarly, if you desperately need anything made in China, you should consider buying it before the relationship between the two countries slips any further.  While I know that President Trump uses hyperbole and exaggeration to make a point and to put the other side at a disadvantage as negotiations start, I’m not sure the Chinese realize this; they tend to over react when it would be more productive to ignore him rather than be baited into an exchange of threats.

Looking at the commodities that are made in China, preppers – and everyone else – may find it worthwhile to buy a couple pairs of shoes or work boots before any possible supply disruption.  Although more and more footwear is being made in Vietnam and other countries, the bulk of our everyday footwear remains in China.  And even if no interruption of trade occurs, having an extra pair or two of good solid boot is not a bad idea for preppers.

Also, I’d like to note that the idea that China can somehow exert influence over the U.S. because it holds our debt is somewhat of a myth.  Think of the debt like your mortgage.  As long as you make interest payments, the mortgage holder is pretty much powerless.  They can only take your home if you stop paying.  It’s much the same when the U.S. issues debt.  China can’t do anything except collect the interest or sell the debt, possibly at a loss (to China, the U.S. already received their money.)  They can’t force us to take the debt back while the U.S. could potentially stop making interest payments to China or refuse to honor the debt at maturity.

I don’t think any of that is likely, and the ongoing trade is a much bigger weapon than debt.  The U.S. is by far the largest economy in the world and could damage China significantly if we were to stop buying Chinese goods.  On the other hand, China is by far our largest trading partner, and if trade were to break out, we’d quickly run out of far more than toilet paper, disinfectant wipes and PPE.  I’d like to think China would be hurt worse, but that may just be patriotic thinking.  Halting trade would be like a mutual suicide pact, but I think we’d be brought back to life quicker.

Despite the overall downward trend, New York reported an uptick of positive cases with 2,176 detected yesterday.  While this remains well below their peak of more than 11,000 cases, the increase is attributed to a significant jump in testing, with close to 34,000 tests.  Of those tests, only 6.4 percent were positive, a decrease over the 6.9 percent positive test rate the day before and 14.7 percent positive rate two weeks ago on May 1.

It is also good news that the number of states where the rate of infection is increasing, continues to drop.  Here’s our updated chart showing how the new York Times has reported the trend over the past week or so:

Not only is that a significant change, we can expect more improvement in the immediate future.  For example, the Times considers Montana to be one of those states where the rate is increasing.  But looking at this chart, it’s difficult to understand why:

Apparently, going from zero cases on May 10, to one on May 11 to two on May 12 is sufficient to rank you among states like Virginia that saw cases climb from 885 to 946 during the same period.  Hawaii is in much the same position, but is listed as steady. Yes, cases have been steady at 1 to 3 per day for the past two weeks, but that’s down from a peak of more than 30 cases per day:

Suffice to say, cases continue to drop across the country, even in those states that have recently reopened.  We’ll continue to monitor the reopening and keep an eye out for any clusters or a surge in new cases.

To put today’s news in perspective, you can look back at yesterday’s report or news and data from a week ago.