Reported cases of COVID-19 in the U.S. grew overnight to 1,235,200, an increase of 23,600 or 1.9 percent.  2,415 deaths were attributed to COVID-19 in the past 24 hours as the total number of deaths climbed to 73,549.  As the increase in the number of coronavirus cases stabilizes, calls for reopening the country grow as do frustration, violence and protests.

While protests continued in California, North Carolina – where the governor says phase one of reopening will start Friday night – and other states, pressure to reopen the country  continues to grow.  With every jobs that is lost, resentment grows among hard-working Americans who simply want to go back to work so they can pay their bills.  But while many simply want a return to normal, others are protesting what they see as a government overreach and a violation of their constitutional rights to free assembly and the free exercise of their religion.

When the various state governors shut down their states and issued stay home orders, their stated intention was to flatten the curve, reduce the burden on local hospitals, and prevent our healthcare system from being overwhelmed.  By and large, the population saw that as a reasonable goal and willingly stayed home.  The curve flattened and healthcare systems by and large were not flooded with patients.

But now that the curve has flattened and more is known about the coronavirus, citizens argue that there is no reason to continue the shutdowns.  The restrictions worked and need to be removed. The emergency is over, so emergency orders are unnecessary and unconstitutional.

Likewise, many states and municipalities require masks to be worn at all times, while just two months ago we were told that masks were unnecessary and should be saved for healthcare workers.  This turnabout makes it crystal clear that earlier guidance not to wear masks was simply pap fed to a frightened public at a time when there were no masks available. That undermines confidence in government and the value of wearing masks

The Economics of Work vs. Death

We reported yesterday on a study by the Wharton School of Business which estimated that 18 million jobs would be lost but 163,000 lives would be saved if we delayed reopening until the end of June.  That assumes we fully reopen, meaning no steps are taken to protect the elderly or further mitigate risk.

The unfortunate truth is that many younger people – including those who partied in Florida over Spring Break – would trade 163,000 lives of older folks for the chance to continue on with their lives as if nothing had happened.

This calculation ignores the emotional costs to the families of the 163,000, the costs of treating them at hospitals, the emotional toll on doctors and first responders, and the many other calculations, but it also ignores the economic hardship, social disruption, and the number of lives destroyed by the loss of 18 million jobs.  It’s a difficult decision and no wonder governors differ on how to proceed.

My recommendation would be to reopen while protecting our vulnerable populations, something I have advocated for weeks.  Let’s get those under 50 or 60 back to work, protect those who have pre-existing conditions, and keep nursing homes, assisted living facilities and retirement communities locked down.  Allow people the choice of staying home and protecting themselves and their loved ones rather than forcing them to go back to work.

For years, we’ve seen signs that say “No shirt, not shoes, no service.” Let store owners add “No mask” if they want Then customers can decide whether or not they want to patronize the store. There’s no reason to make not wearing a mask a crime.

We Can’t Wait for a Vaccine

It’s estimated that creating, testing, manufacturing and distributing a vaccine could take 18 months or more, but there’s also a chance that making a vaccine is impossible or could take years.  Regardless of whether it’s 18 months or 18 years, the country and the economy cannot wait that long.  We need to learn to live with coronavirus – as we used to live with measles, mumps, polio, small pox, the Asian Flu and many other disease before this one.

Reopen now.  Protect the elderly and infirm.  Use common sense.  Let’s get back to work while there are still jobs to be had. 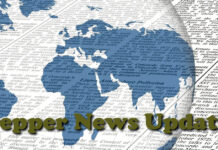