I went to Walmart today for the first time in three months and I was shocked that there are still shortages and empty shelves.  I can’t believe that there is still a shortage of toilet paper, but there certainly was in this store.  I’m going to give details and photos below detailing the shortages, some of which are surprising.

First, however, props to this specific Walmart for tightening things up; she store was the cleanest I’ve ever seen it – I’m talking floors, shelves, racks, produce area, etc.  A young woman cleaned the handle of my cart and rolled it to me when I came in.  Every employee I saw was wearing their mask, and all but one were wearing them correctly.  I would say more than three quarters of the shoppers were wearing masks while a minority were not.

Here’s how I feel about that: I’m not going to question someone’s decision to wear or not wear a mask.  In return, I don’t expect anyone to question me about my decision to carry two pistols while I was in the store, even though I know Walmart would prefer that I do not.  I express my freedom by carrying. Someone else may express their freedom by not wearing a mask.  I’m OK with both.

Second, the store was surprisingly empty.  Granted, I went at 2 p.m. on a Thursday and I’m usually there on a weekend, but many of the one-direction aisles were vacant. The store did have provisions to have  a long, socially distanced line outside, and I imagine that if I had gone on a Saturday, I’d probably have had to wait some time to get in.  In addition to the one-way aisles, there were reminders in the store to stand six-feet apart, especially in the checkout lanes.

This Walmart was doing a far better job of adhering to the state’s guidelines than the store I visited a week ago (not a Walmart).  Both were national chains, although Walmart is far larger than this unnamed chain. The differences in attitude may be that this Walmart is in a “good” neighborhood, just outside a large town in a well-to-do county.  The store I visited last week was not only in another county, but in an economically depressed area of a city.  So we may be looking at socioeconomic differences in adhering to social distancing and mask wearing policies rather than corporate policies.

Still, I felt quite comfortable shopping at this particular Walmart.

Maybe I should have expected the toilet paper shortages; I’m certainly glad we were well prepper in this area.  There were a few rolls of generic paper towels, but no brand names.  There was plenty of laundry and dishwasher detergent and toilet bowl cleansers, but still shortages of disinfecting wipes, anything in a spray bottle, and hand sanitizer. The few cleansers left were restricted to one-per-family.

Most foods were well stocked. There was no shortage of eggs and other staples. The supply of meat was definitely down, especially pork, but you could still buy pretty much what you wanted. There was still a shortage of canned soups. Other canned good were thin, as were the past, with mostly the Great Value store brand available.

There appeared to be plenty of clothes, DVDs and consumer electronics, sporting goods and automotive items, even though many of these items come from China. If the shutdown in China was affecting supply, it was tough to tell from this store.

One section of the store that had been cleaned out was the sewing section. I knew from talking to my daughter that getting elastic for use on masks was nigh impossible, but I didn’t realize simple things like thread had sold out as well. Preppers should definitely take note of this — make sure you have enough thread, needles, buttons and other sewing basics in your sewing basket or prepper stash. Can you make thread from animal sinew? Sure, but do you want to?

I thought that the supply chain would have recovered in 75 days, but it looks like shortages may just be something we have to put up with a few more months. Another good reason to prep!

If this article was of interest, you might enjoy a report on our trip to Sam’s Club more than a month prior. Also, all the editions of our Quarantine Diary are available here in chronological order. 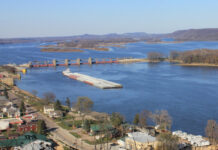 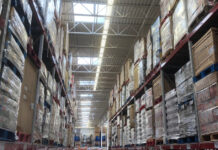 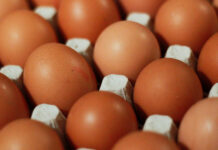 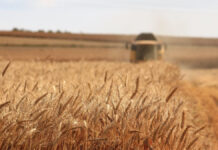 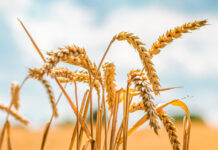