The CDC reports that it expects Coronavirus-related deaths between June 8 and July 4 to grow in six states: Arizona, Arkansas, Hawaii, North Carolina, Utah and Vermont.

The New York Times is reporting that cases of Coronavirus are rising in 23 states, including all six of those listed above.  Here’s an update on how the rate states, as increasing, mostly the same, or decreasing:

Another Police Killing in Atlanta

The shooting of Rayshard Brooks by police in Atlanta has resulted in another night of protests that turned violent, including burning the Wendy’s where the death took place after police were called because Brooks had fallen asleep at the wheel and was blocking the drive through lane.

I am not and have never been a police officer, but I have had handgun training with several world-renowned trainers, people who you might say have “written the book” on using a firearm in self-defense.  I was always taught that when the bad guy turns his back to leave, you can’t shoot him.  Now, if there are extenuating circumstances, like he is heading to your child’s bedroom, you might arguably have justification, but in general, when he retreats, the threat is over and shooting is no longer justified.

I fail to see how a drunk man leaving the scene, no matter how belligerent he may have been moments earlier, warrants shooting.  I think the only possible argument is that when he pointed the taser he had taken from an officer at them, the other officer thought it was a gun and feared for his life.  (Note that I didn’t say it was a good argument.)

When a suspect has a knife, a gun, a tire iron, a 2×4 or any other weapon and is threatening an officer or an innocent civilian with grave bodily injury or death, then he’s made his choice and lethal force is in play. If such a person dies in a hail of gunfire, no one should be surprised.

But if he drops his weapon and runs away, the police need to reholster and take a second to calm down and regroup.  Chances are, they know who he is and where he lives; so why not arrest him later?  In the case of Rayshard Brooks, the police had his car, so he wasn’t going to get far. Roll some backup and use four or six cops to make the arrest if two cannot do it. Lethal force should be the last resort, and used only to protect life and limb

Some police forces call off high speed chases when they become dangerous.  Maybe they need to recognize that calling off arrests that become too dangerous is also a viable option. The state has a long memory; they won’t get away forever.

The Law of the Instrument

One thing those of us who carry a gun every day need to worry about is Maslow’s well-known Law of the Instrument, which reads: “If all you have is a hammer, everything looks like a nail.,” In our context, this means that when you are carrying a gun you must resist the urge to resort to it when a situation does not warrant lethal force; shooting is not the desired nor the appropriate outcome of every situation.

This hammer and nail theorem applies doubly to police officers who have more options than civilians, including a radio to call other officers for back up, a baton, pepper spray and other non-lethal options. Too many people are dying for minor or non-violent offenses.

I have just finished reading the Stainless Steel Rat series of books by science fiction author Harry Harrison, in which the police frequently use fictional sleep gas grenades to subdue criminals.  That’s what we need: A nice gentle way to put suspects to sleep so they wake up in a cell.  Until we have that solution, the police need to remember that the death penalty does not apply to resisting arrest. 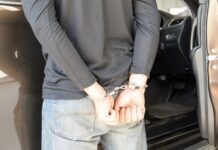