Riots continued in Kenosha, Wi., where at least three were shot last night, apparently by one or more armed counter protesters. Some reports are that one of those shot was throwing Molotov cocktails at a gas station while two others were shot after attacking a gun-wielding counter protester. Photos show that one of the rioters, who was shot in the arm, was wielding a pistol.

The best coverage I have seen is in the Daily Mail. Just be advised that some of the photos and videos on that link may be a bit graphic.

In the past, protesters confronted by armed citizens have had enough common sense to leave the area.  Armed guards have successfully protected stores, buildings, and neighborhoods.  Last night, rioters chose confrontation instead.

Perhaps what we are seeing is a turning of the tide.  For three months, rioters have suffered little or no consequences for their actions.  They have forgotten that if you attack an armed man, you might get shot, or if you throw a Molotov cocktail, you should expect repercussions.

When a peaceful protests becomes and unlawful riots, those who do not leave are criminals. Trying to smash someone in the head with a skateboard is a crime.

When the police cannot act and the courts fail to prosecute criminals, then the the people have the right to self defense and the Second Amendment gives them the means to do so.

A Glimpse of an Ugly Future

Whether you consider the shootings are justified or not, they represent what the future may look like if rioters who burn, loot, and attack police are met by armed citizens intent on protecting their cities, their businesses, and their lives.

Protesters frequently threaten to bring their protests to the suburbs.  Should this happen, this smattering of gun fire in Kenosha is just a faint hint and what lies ahead for this country.  This may not be civil war, but it could certainly a dangerous expansion of what is already an ugly period in American history.

Hurricane Laura is growing stronger as it crosses the warm gulf coast waters and may even become a category 4 storm before it makes landfall in the next 24 hours.  While the high winds contribute to damage, the size of the storm the rainfall and resulting flooding can actually do more harm.  Large storms are dangerous simply because of the amount of rani they carry and the length of time they take to pass over an area.  Two inches of rain an hour isn’t bad if the storm passes in an hour.  When it takes eight hours and results in over a foot of rain, that’s an entirely different story.

More than 600,000 people have been instructed to evacuate.  Whether they do so or not, we wish our Southern neighbors the best as they face this impending storm.

The rate of global growth is also down slightly from its peak as 256,000 cases were reported yesterday, bringing the total to 23.94 million with 820,438 deaths.

It remains a good time to be a prepper. 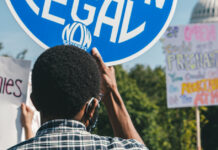