Everybody preps differently, but that doesn’t mean there is a right or wrong way to prep. 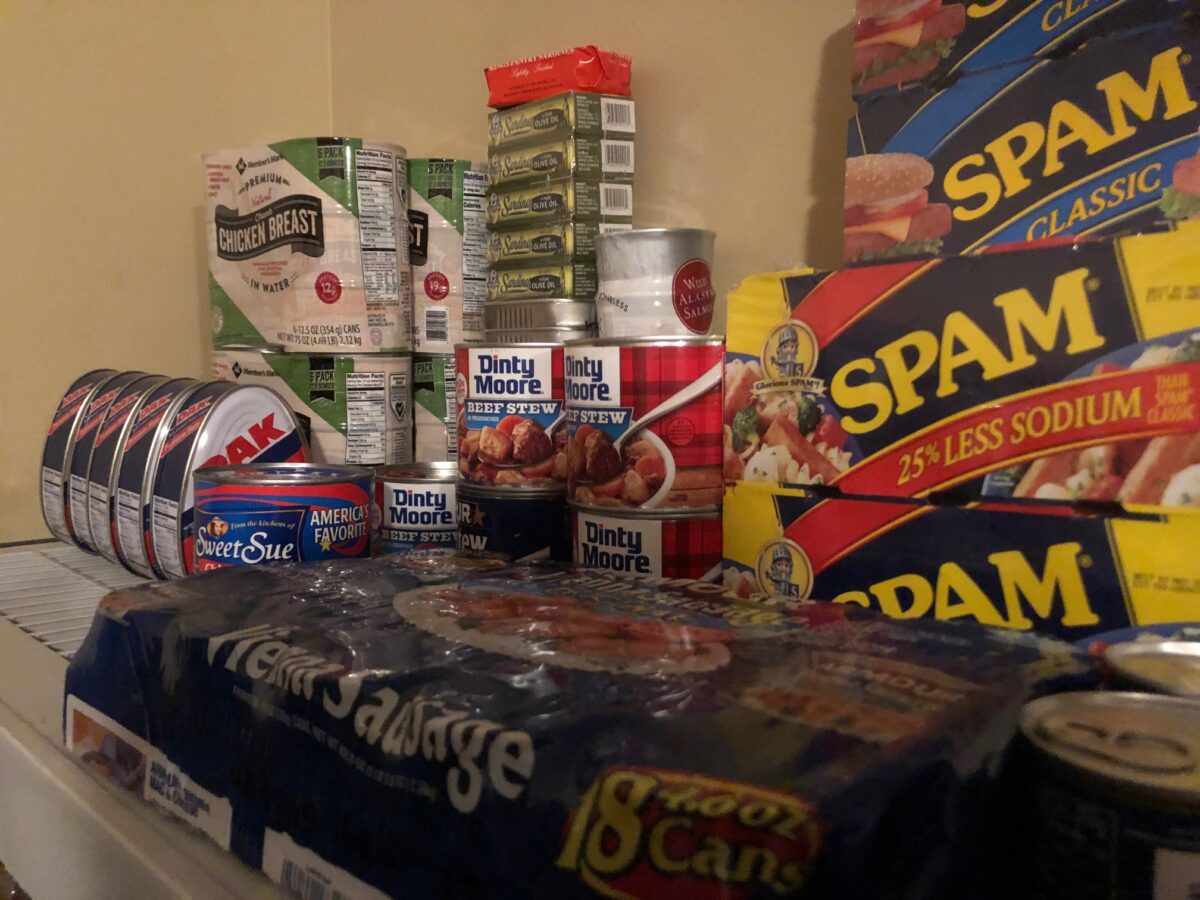 If you’ve read this blog for more than a week, then you know I encourage people to prep and believe that storing food is one of the most important ways for a newbie to get started.  In fact, storing food make sense for everyone, not just preppers.

I believe in the layered approach to prepping and have written about the layers of food prepping, starting with grocery items that do not require refrigeration (your prepper pantry).  Layer two is prepper staples, long-term storage items such as wheat, rice, and beans, usually stored in #10 cans and 5-gallon pails.  Layer three is freeze dried foods, which are more expensive but have a very long shelf life. I encourage you to read the prior article for more details and to see the important fourth step.

Level one step is the most important because you can prep enough to last a few weeks or even a few months without doing anything other than going to the grocery store or the wholesale club.  Plus, it’s easy to prep a little at a time and build up your prepper pantry when you buy a couple extra items every time you go to the grocery store.  For example, I just scored canned corn and canned green beans at Walmart for 38 cents per can, which is a great buy.  I wasn’t in Walmart to buy vegetables, but I snapped up six cans of each. So for about $4.50, I added some vegetables to my prepper pantry.

I want to show you a couple examples of preppers who have knocked a home run when it comes to building their prepping pantry.

First, from Twitter, we have the Covert Prepper on Twitter(@covertprep) who posted this video of the canned food portion of his preps.

Wow, he has more peanut butter than some stores!  I saw vegetables, fruits, soups, pie fillings, beans, baked beans, sloppy joe sauce, canned meats, canned salmon, Chef Boyardee, a bunch of items I could not identify.  And he tells me that he has plenty of prepper staples as well.

I have a decent prepper pantry, and this made me feel that I needed to do more.  Then he told he is prepping for 20 family members, and I must admit felt relieved.  Not that it’s a competition, but you can learn from what others do and how they prep.

These days, I have to be careful what I buy.  We have a list of at least a dozen items we are not to buy more of until we eat the ones in our prepper pantry.

So all you new preppers, don’t panic.  You don’t need this much.  You don’t even need a fifth of that amount.  Any amount you can prep is more than you had before.  If you spend $15 or $25 a week on items like these, you will be shocked at how quickly it can add up.  And the money isn’t lost; it’s invested in your future and you can always eat the food.

Another example of someone who has a very deep pantry is Alaskan Prepper who is on YouTube.  He stocks commercially canned foods and a large amount of pressure-canned jars of meats he canned himself.  Check out his video below and jump to 6:46 to skip right to see the “meat” of his pantry tour.

As you can tell, Alaskan Prepper does a lot of pressure canning.  I have watched many of his videos on canning as well as other topics, and learned from his experience. I recommend you add him to your subscription list.

This is a very well thought out well rounded prepper pantry by a guy who has obviously been doing this for many years.

I hope those videos introduce you to the possibility that you can go a good long way down your prepping path without having to buy from specialty prepping companies.  Joining Costco or a similar club is a big help and saves money, but most of the can goods shown are also available at Walmart or via Amazon.com.

Also, note that refrigeration and freezing had nothing to do with their preps.  Neither appears to own a freeze dryer.  There wasn’t even any dehydrating going on.  Again, you can accomplish quite a bit without expensive equipment.  Pressure Canning does require an upfront investment, but everything except the lids are re-useable and it is a time-proven method of food preservation.

Another important message is that today, your preps may fill a cupboard, but if you keep working at it, then in a year or two, you might fill a closet.  One day, you may be building your own shelves in your special prepper pantry.

Finally, it’s interesting to note that individuals often prep for others.  Covert Prepper expects up to twenty people.  I expect somewhere between five and twelve, most likely seven or eight.  Alaskan Prepper has a family of four, but he also preps knowing he will be giving items to those in need.

While it would awesome if your entire family was 100percent into prepping, this is rarely the case.  It often falls to one family or family member to prep for their relatives.  In my case, I prep with the knowledge that at least one and possibly both of my adult children will bugout to my place.  Right now, they cannot afford the time and money to prep extensively for themselves.  So don’t feel alone if you are prepping without much family support.  Stick to it and your preps will win them over.

If you want to share photos of your prepper pantry, hit me up on Twitter @PickledPrepper with a photo.  If you are not on Twitter or prefer to remain anonymous, email me via the Contact Us page and I will reach out to you.

As always, comments are welcome, below.