We just brought our fourth trailer full of long-term storage food and survival gear to our new prepper property, and it drove home how much prepping-related stuff we have.

So far, we’ve moved one 4’x8’ U-Haul cargo trailer, two 6’x12’ U-Haul cargo trailers, and an 8’x12′ flatbed trailer, although the latter was mostly loaded with furniture.  Thanks to my friend Karl and his Ford F-250, we do have a bed, dressers, a sofa and some other furnishings at the house now, which is nice if we need to stay there before the move is fully completed.

On this last trip, we brought the following supplies from our storage unit:

Everything is Finally Under One Roof

The majority of our prepper hoard is now all in one place.  While this is convenient, it makes it vulnerable to a single disaster.  Seeing how many trips it took us to move this much food onsite, I am not particularly worried about someone burglarizing the place.  Not only do we have security in place and alert neighbors, they would have to make repeated pick-up-truck loads.  And buckets of dried foods are not exactly something you can sell at the pawn shop or move on the street.  “Psst, want to buy a bucket of wheat?” doesn’t get many takers unless you are at a survivalist convention.

No, the biggest threats are the unprepared descending on us like locust, an organized attack post-TEOTWAWKI, the loss of everything in a fire, or someone with lots of chickens who can eat the stored grains.  Thankfully for us, if not for society, most people these days prefer to buy bread rather than steal wheat and bake their own.

Nonetheless, I would very much like to move some of this food and materials to a secure off-site location, like another storage unit.  Unfortunately, we have yet to find one in the general area that is temperature and humidity controlled, and that is important when you are dealing with food.  The closest such storage unit appears to be 45 minutes way, which isn’t going to do us much good in an end-of-the-world scenario.  I’ll have to look into other options, including constructing some caches.

With everything under one roof, we spent much of our visit inspecting, sorting, organizing, consolidating, and inventorying.  There are now neat boxes labeled “camping supplies” and “holsters and slings” and bins labeled “dental” and “first aid.” Sections of shelving are set aside for canning equipment, lights and candles, and MREs. We have a separate area for ammunition while the reloading bench waits to be set up, a place for buckets, and shelving dedicated to #10 cans.

Consolidating all these items, which in some cases we have not touched for seven years, has been reassuring.  It reassures us that we are prepared to host a number of family members and fellow preppers.  As we get older, it is important to have younger, stronger, more physically resilient people to help us after a SHTF event, and that is the next generation who are in their late twenties and early thirties.  In return for their strong arms and backs, we feed, shelter, teach, and outfit them.  We give them a retreat they could not otherwise afford and resources they do not have in their apartments and town homes.

Our prepping success should also be reassuring to other preppers because it demonstrates what you can do if you put your minds to it, if you make sacrifices, and if you choose to live the preparedness life instead of the average lifestyle of American consumerism.

We built our food storage and prepper gear supply gradually over decades.  I still have the first #10 can of garbanzo beans I bought some time in the mid-1990s.  Most of our buckets and many of our #10 cans date back 7 to 10 years with a few going back as far as pre-Y2K.  But rice, beans, wheat, sugar, freeze dried foods, and similar prepping staples generally last for decades when stored correctly.  In fact, we expect to test some in the months ahead, and I may be able to film those tests for you.

Our prepper journey has not been without speedbumps.  We’ve made mistakes that have resulted in wasted food and money.  We’ve had to learn, adapt, and overcome.  Over the years, we’ve had cans swell, powdered milk turn yellow, cans burst, cans rust, and food expire.  We’ve had fabric rot, mice eat our stored foods, and hot weather cause items to deteriorate.  As a result, we’ve learned to rotate, to store things in a cool dry location, and improve our storage containers.

Stick with it.  Take small steps, but keep moving ahead on your prepper journey.  Use the layered approach and let things build up gradually, layer by layer, over time.

Most importantly, once you set your sights on a goal, don’t take your eyes off it.

Check back tomorrow for more on our recent trip and lessons learned, as well as a discussion related to ammunition. 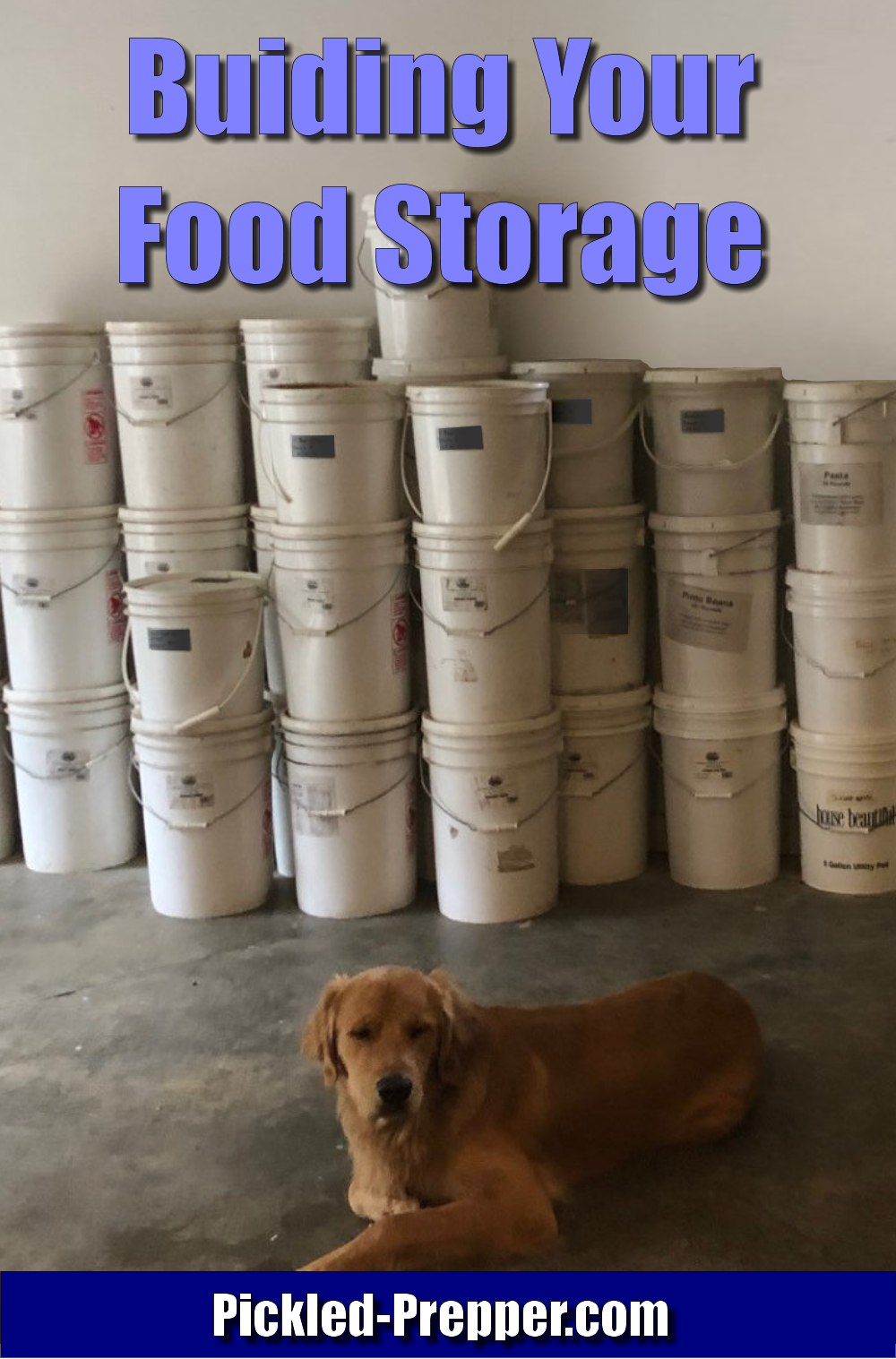