I was reading The SHTF Anthology, Survival Lessons from the Balkan War by Selco Begovic (generally known simply as Selco in survivalist circles) , and I was struck by the following, which was in the very first chapter:

What Selco is politely telling us is that the socialists are using the same playbook here and we should expect and prepare for a civil war or other massive societal disruption as the socialists try to hijack our country .

Frankly, this is the same play book the Nazi’s used.  By dehumanizing the Jews, the gypsies and other minority groups, the Nazi’s made it easy to round them up and kill them off.  After a few years of constant propaganda about these “evil” groups, enough people bought into it and thought they were “unclean” or inferior and not worth saving.

Think of this when Antifa and BLM protesters celebrate dead cops, curse Trump supporters, or say looting is a form of reparations. They are dehumanizing cops, capitalists, Republicans, and conservatives, and that could simply be the first step towards killing them.  Our public schools have used climate change and liberal talking points to make them believe anyone that doesn’t immediately fall into line less than human and not worth living.

These poor misguided fools out protesting need to realize that they are the ones being dehumanized.  Today they are being used as useful idiots, but tomorrow they will become cannon fodder.  The elite party members trying to turn the country socialist so they can cement their place at the top of the pyramid. They don’t care about the street-level protesters, just like they don’t care about the lives of individual Black people.  They only care about dividing the country so it is ready to fall and ripe to plunder.

Whether the youth see it or not, those of us with some experience and wisdom can stand back and look at the situation from 50,000 feet can see that the stage is being set for a revolution.  Depending on the result of the election, it could be a peaceful revolution or a violent one.

As preppers, we must prepare for either one.

From a socialist perspective, wealth exists to be taken and redistributed.  Everyone can be made equal in two ways: by making the poor richer or by making the rich poorer.  Capitalists prefer the former while socialists insist on the latter.

Socialists do not believe in private property, claiming it belong “to the people” not to individuals.  You simply have to study Zimbabwe and South Africa, where land has been taken from farmers and other landowners and redistributed as part of reparations, to see immediate correlations with  Antifa marching through suburbs and assaulting people at restaurants, demanding that they “give back” their property.

“Giving back” property you paid for or your family has owned for generations is not much different than the government “buying back” guns they never sold you in the first place. But in the twisted manner of socialists, buying back your guns is somehow better than simply confiscating them.

Joe Biden has promised he will take away your guns, which has been a socialist dream for decades.  (That’s why he needs to pack the court.)  The reason they need to take our guns is because guns and the Second Amendment are the only thing standing against them.   When the socialist take over government and the GOP has rolled over, there will be no one left except private gun owners to fight back and set things right.

We’ll talk more about this tomorrow

To prepare to survive socialism, I recommend you read Selco’s book and search for his writings online, many of which can be found over at the Organic Prepper blog.  Selco and his family were caught by surprise when the fighting in what was known as Yugoslavia started and he writes about living through a civil war detail, as well as how they survived with no stored food or water, used barter, and lived under martial law.  I am going to paraphrase a few things, but I encourage you to read this book and consider the two others he has for sale.

Prepare to Survive Socialism While You Still Can

Is this what our future holds?  It certainly seems at times like something is pushing us that way.

I’ve always been a strong proponent of storing food, but I can see why ammunition is selling out.  Stock up on guns and ammo if you don’t have enough. Get them before they are banned or taxed by Democrats. Guns may be critical to survive socialism.

Sight in your rifle.  Run some drills with multiple targets.  Check the batteries in your optics and weapons-mounted flashlights.  Put your plate carrier on for an hour or two per day.  Practice your reloads so you automatically know what to do when the bolt locks back.

Store food and medicine. Have a way to get water and purify it for drinking. Stock up on medicine. Figure out how you will cook food and keep warm if the utilities go out. Have flashlights and headlamps. If you are just starting down the prepping trail, focus on food and water purification.

Keep prepping folks.  And for those in the city, plan to bug out, or bunker up and hunker down. If Biden wins the election and the Democrats take the senate, expect changes to happen quickly. If Trump wins, we will have four more years but the violence may escalate. You need to be prepared either way. 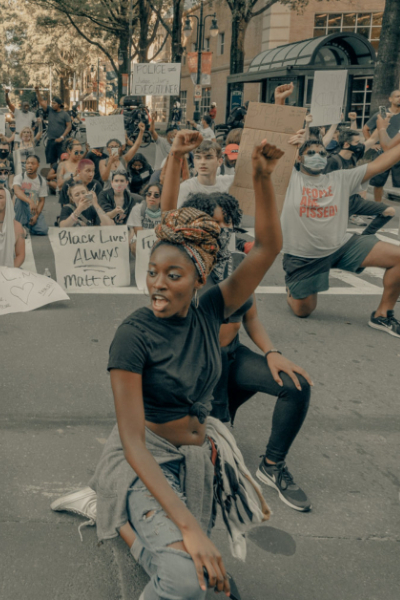