With a wood stove, its easy to male the room too hot, but that is probably better than being too cold. We struggle to find the sweet spot. 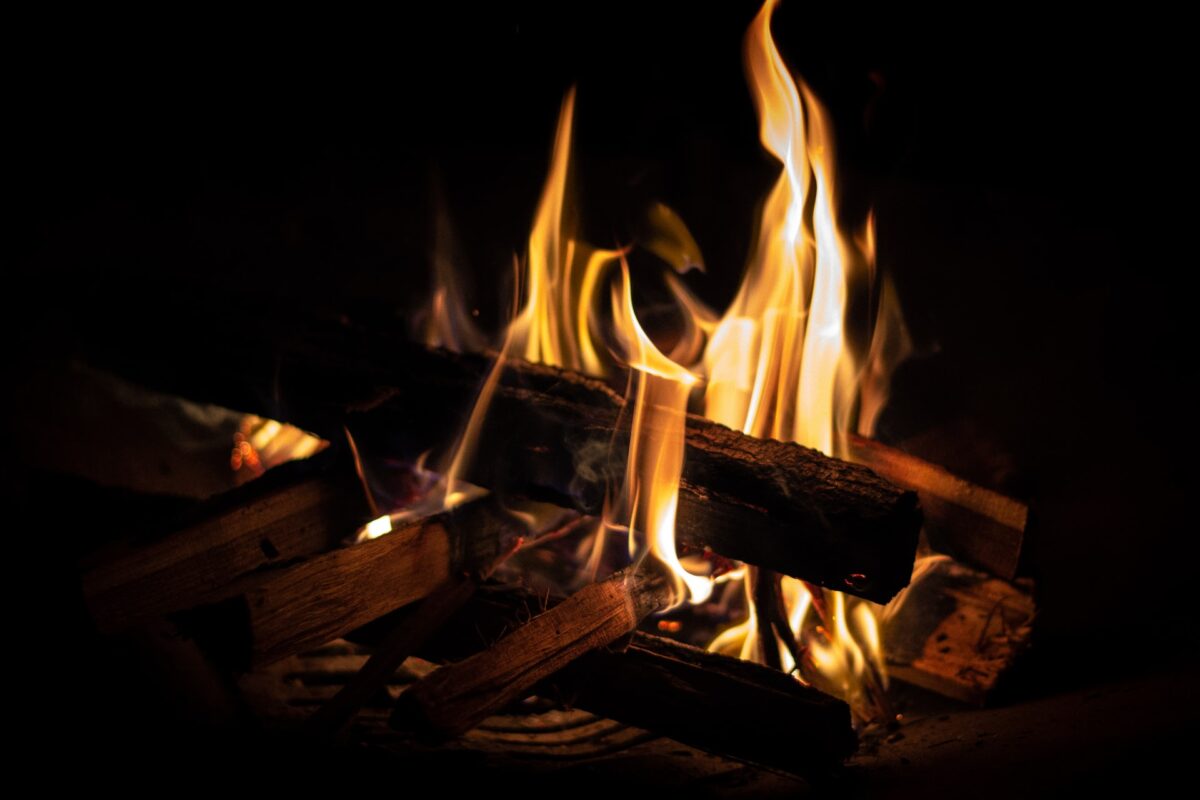 I woke up this morning at 5:30 and could hear the blower on the fireplace insert blowing.  Since it will only blow if the fireplace is producing heat, I smiled, rolled over, and went back to sleep.  What I should have done was gone out there and added a couple more logs, because when we woke up, the fire was out. It was still 69 in the living area, so my wife was happy.  She didn’t even bother to light the fire again.  I did that at about 11 a.m. when the temperature had dropped to 67.

The temperature quickly rose and at 72, I closed the damper, not wanting to overheat, but it ticked up to 73.  This may be our biggest challenge i n using wood heat: keeping the main living area between 68 and 72 rather than piping hot at 75 or higher.

If it was summer, we would think 75 was nice and cool, but for some reason a fire-driven 75 degrees seems much warmer than an air conditioned 75 degrees.  Maybe it’s the humidity.

We have set the thermostat on the heat pump at 64 degrees, which means the upstairs, our main living area, should not drop lower than 64 degrees F unless the power goes out.  Of course, we prefer to heat with wood, and the upstairs fireplace insert produces plenty of BTUs.  With the blower on, it can get the great room and kitchen up to 75 degrees in just a few short hours.  The bedrooms, which are down the hall, stay cooler.  That’s OK.  Personally, I like the bedrooms being cooler; I think it makes for better sleeping. But it makes you less willing to leave the warmth of the covers and can be chilly when you step out of the shower!

No Heat in the Basement

The basement has no heat other than the wood stove, but it is fully underground on one side, open on the garage end, and about three quarters buried on the other two sides.  As a result, it seems to stay between 52 and 55 degrees in these colder months.  While we have had temperatures in the 20s, we have not yet had temps in the single digits, so we don’t really know how cool the basement will drop during the coldest days of the year.  Hopefully the fire will be roaring and we’ll never find out.

By keeping to door to the storeroom closed, it stays quite cool in there, which is good for the shelf life of all our long term storage foods.

I’ve been lighting the stove in the evening when I am down there and letting it go out overnight.  Once it gets colder, we may have to burn it full time.  I am still learning to tune the stove using the damper in the stove pipe and the threaded air intakes on the stove door.

The best approach seems to be to fire it up good and hot with lots of kindling and a few small logs.  Once the thermometer on the stove pipe reads 400 to 500 and it is throwing of plenty of heat, we load in a few larger logs.  I give them a few minutes to get fully engulfed and then start dialing back the air and close the damper.  My aim is the keep the thermometer just into the green.

Weather prediction is difficult on the side of the mountain because our elevation is so much higher than the nearest town.  It is not unusual to read a weather forecast that says, “Rain in the early morning, with chance of snow at higher elevations.”  Our neighbors tell us we may have snow while the guys at the foot of the road just get rain.  Apparently, we are often above the snow line.

That’s what we are expecting on Monday, with more snow expected Wednesday.  In fact, much of the Northeast could see snow or ice. In preparation, I chopped armloads of kindling and brought in several day’s worth of firewood.  Our woodpile is tarped, but I am more comfortable having a week’s worth of kindling and a three-day supply of wood dry and handy.

As we have mentioned before, we moved from a house that was about 30 years old to one that is less than 10.  Apparently, during that time, the standard for 30-amp electric drying plugs has changed.  Old homes use three-prong dryer outlets and newer homes have the 4-prong dryer outlets.  Both are 220, but the 4-prong has a ground wire.

On Saturday, we headed out to our friendly ACE Hardware and picked up the new 4-prong dryer plug.  Re-wiring the dryer was a snap, but it was made even easier by following these directions.  The dryer is now up and running again.  I also replaced the old rubber hoses to the washer with new stainless steel braided hoses, which are less prone to failure.

As I was already in the laundry room, my wife put me to work installing a paper towel holder and changing the height of the shelves in the new cabinets. Only then was I able to go back to unpacking boxes.