In this era of streaming movies and online entertainment, I believe it is a good idea to read books.  Television and books can both be an escape, but the former does not involve thinking while the latter requires both thinking and imagination. The difference between the passive and the active state of mind required is

Not wanting to make it too hard on you, I’ve set the bar low with only four books.  But be warned that all of them require thinking and some of them may challenge your thinking.

This is an excellent book for anyone who is a member of the gun culture or wants to better understand the gun culture.  The author clearly loves guns and is quite knowledgeable about firearms and their development and use throughout the past century.  You can learn a great deal of our recent history, about famous shooters, and the evolution of our gun laws by reading this book.

Equally important, this book should appeal to those who think the government has over-stepped its constitutional boundaries and needs to be reeled back in.  This book was written during the “jack booted thug” period of history that brought us Randy Weaver and the Branch Davidian debacle, and the lead characters take an interesting and unusual approach to resolving that issue. And it has nothing to with storming the capital.

Parental warning: Includes some gratuitous sex scenes. Also, this book is out of print and expensive.

with bonus points for reading Animal Farm as well

This is the book that brought us the term “Big Brother.”  If you thought our surveillance society is bad, you need to read this book.  I read this during high school and it makes a much greater impact today, knowing what I know and living through what we have lived through.

The most frightening thing about the book is looking at how preposterous the idea of “double speak” must have been when the book was published in 1949.  Back then, we bombed the enemy, killed their soldiers and destroyed their infrastructure so they could not wage war on us.  Today we “service targets” with “pinpoint munitions.” and go out of our way to avoid “collateral damage” (each examples of doublespeak.) Back then, killing citizens was a way to make the price of war too high. Today, its politically incorrect.

Anyone noting that rioters throwing rocks, looting stores, and setting fire can become “peaceful protesters” with a few words from left-leaning pundits and the main stream media should read 1984 and see who suggested that changing the way we use language, the names we give things, and our use of euphemisms could lead to modify the beliefs and behavior of the average person.

Unfortunately, this book can be difficult to read and is quite long.  It has the longest paragraphs I have ever seen, occasionally lasting multiple pages.  Its characters lapse into lengthy soliloquies.  The ideas, however, the philosophies Rand conveys, make it worthwhile.

The book, written in 1957, takes place in a dystopian future in which successful people who work and have good ideas are punished by harsh laws and regulations that can include losing your company.  This type of government policy has resulted in shortages and decreases in productivity and lead the country close to ta total economic collapse.

Rand, who grew up in Russia under communist rule, no doubt saw first-hand how taking over a successful private business and giving it to the collective destroyed its profitability, its forward progress, and eventually brought the one productive business and the country to its knees.  This is well worth reading as we look at the socialist goals of our recently elected government and their desires to increase taxes on the wealthy and the profitable.

One of the messages I took from book was to step aside and let the society fail, holding oneself ready to return when the country hits rock bottom and the socialists are thrown out.  I think this will appeal to people who say we need a TEOTWAWKI reset in which the great unwashed masses of takers are swept away and only the self-sufficient and the makers remain.

In any case, Atlas Shrugged is well worth reading; just force yourself to persevere, and I won’t tell if you skip over or simply scan some of the lengthy passages.

Often called a survival manual in novel form, I believe Patriots is in no small part responsible for the explosion of prepping and its emergence into the main stream over the past 15 or 20 years.  The book was the model that many people followed or the target for which they aimed when setting out to prep.

Let’s face it, there were plenty of end-of-the-world books before Patriots.  A few I read back in the day include The Postman by David Brin (1985) (which was far better than the movie) On the Beach by Nevil Shute (1957), and Lucifer’s Hammer by Jerry Pournelle (1977).  But while I enjoyed these earlier examples of post-apocalyptic fiction, none of these people order rice and beans or stockpile guns and ammo.  Patriots… well, it was probably a contributing factor.

Is Pariots the world’s best-written novel?  No, and it has become a bit dated, but that doesn’t make it any less of a good read.

What are You Reading?

If you have read a book that has changed the way you live your life or how and why you prep, share the title, author, and a brief summary in the comments below.

And if you aren’t reading anything, then put down your screen and buy a book. It might change your worldview. 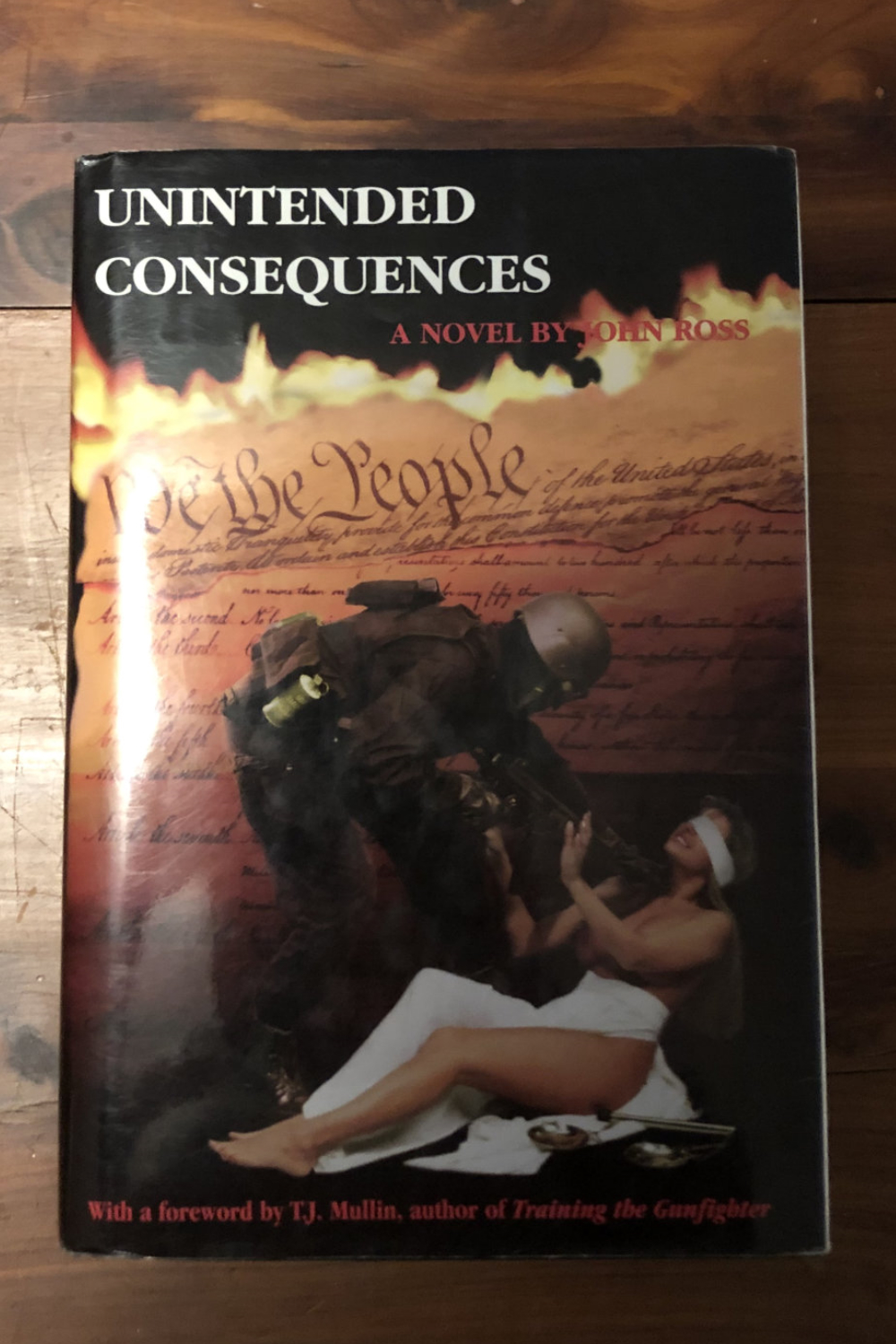