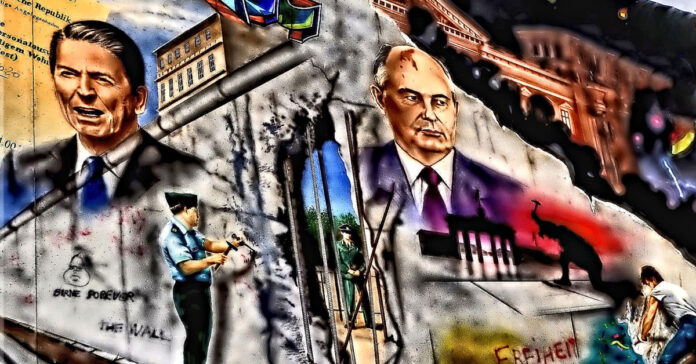 Over the past two days I’ve written about how to handle the beginning stages of an economic collapse. Some of the early signs are shortages of goods and a degradation in services, such as police, fire and EMS.

Other signs of an impending or ongoing economic collapse include too much debt, depreciation of currency including inflation or hyperinflation, a stock market collapse, defaulting on sovereign debt, sharply higher unemployment and poverty, an increase in corruption, and growing political repression leading to an autocracy or even a dictatorship.

I’ll leave it up to you to decide if we’re there, on our way there, or nowhere close. I believe we are heading there, but have not yet reached the precipice.

When there is an economic collapse, three things can happen: The country call pull itself out of the collapse, like the U.S. did after the Great depression; the collapse can linger in some ugly nether region where things are bad but people adapt to it, somewhat like life in Cuba; or the collapse can cause a failed state, meaning the collapse of its currency and its government.

Recent examples of developed countries that became failed states include Venezuela, the Soviet Union after the wall fell, and the former Yugoslavia when war broke out. Examples of failed third-world countries are rampant and include war-torn places like Somalia, Sudan, Yemen, and Syria.

By studying these countries, we can get an idea of what to expect in the U.S. were to collapse.

When a country starts to collapses, its money is of little or no value on the world stage and people are loath to extend it credit. This makes it difficult to pay for imported goods, which causes more problems. In fact, many of the problems Venezuela experienced during its collapse had to do with the country’s inability to afford to import food, medicine and goods.

It will interest me to see if the role of the dollar as the primary monetary unit of international exchange allows the U.S. to keep buying goods or dollars, even as the value of the dollar drops. A collapse of the U.S., still the largest economy in the world, may also send much of the rest of the world into a deep economic crisis.

While the U.S. imports many food products (coffee, chocolate, fruits and vegetables, fish, nuts, etc.) it can grow sufficient foods to meet its needs, especially if it cuts off exports. If the U.S. could no longer import foods, people would have to change their menu and would have less section and access to off-season foods, but they should still have plenty of food available from domestic sources.

The U.S. also has enough oil, gas, and coal resources to provide for itself, if the government removes the constraints on these energy businesses before it is too late.

China and India manufacture many of the drugs consumed in the U.S. Considering that most Americans are taking one or more drugs, a sudden dearth of availability could cause serious problems. Medical equipment and consumables are also an issue.

But the biggest problem if we cannot import foreign-made goods is that we will run out of things to sell, no longer be able buy replacement parts to repair items, and a vast majority of things will run out. Without imports, there will be almost no available cell phones, computers and tablets, TVs, solar panels, cars and trucks, appliances, furniture, apparel and oil.

Of course, that assumes there’s anyone out there with a job or enough money to buy those items. Depending on where we are in the collapse, there might be no one available to unload the ships or drive the trucks. Without a functioning monetary system, no electricity, and no internet, no one can buy anything in any case.

When the Soviet Union collapsed, it dissolved into 15 independent republics. I think it is entirely possible that some states that make up the United States would break out independently or form alliances with nearby states. Other states might break apart. For instance, what was once Yugoslavia is now 8 independent countries.

The United States, originally referred to as “these United States,” might form anywhere from six to sixteen different countries, divided by attitude and politics as much as geography. I think the formation of separate countries will happen not as the country falls apart but as regions of it recover.

I don’t see the U.S. becoming a failed state without shots being fired. However, I cannot predict whether it is an organized war with defined sides and battlefields or a random collection of battles and skirmishes as armed groups or gangs stumble upon each other and fight for territory and resources. I expect elements of the armed forces to be among those “groups” and “gangs.”

The fighting might start out with good intentions as troops are deployed in the U.S. to reestablish the peace, enforce the curfew, support local law enforcement or other reassuring reasons. I think there will be regions of the country where happily march into refugee camps and there will be regions where they resist it to their last bullet.

I am sure there are people out there that say they will survive a collapse by becoming a warlord or criminal kingpin. Others would prefer to hide out in the wilderness until things settle down, even if that takes a decade. I don’t think it will be that easy, but don’t have a easy answer or a piece of concrete advice that will pave the way for your survival.

Here are a few suggestions to consider to survive in a failed state: 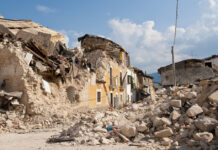 Have we Reached the Point of No Return? 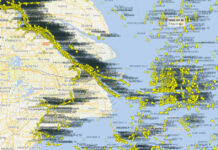 Think of the Pandemic as a Warm Up