With 2.2 million fewer people working in the hospitality and restaurant industry, it’s no surprise restaurants are turning to automation or asking customers to serve themselves. 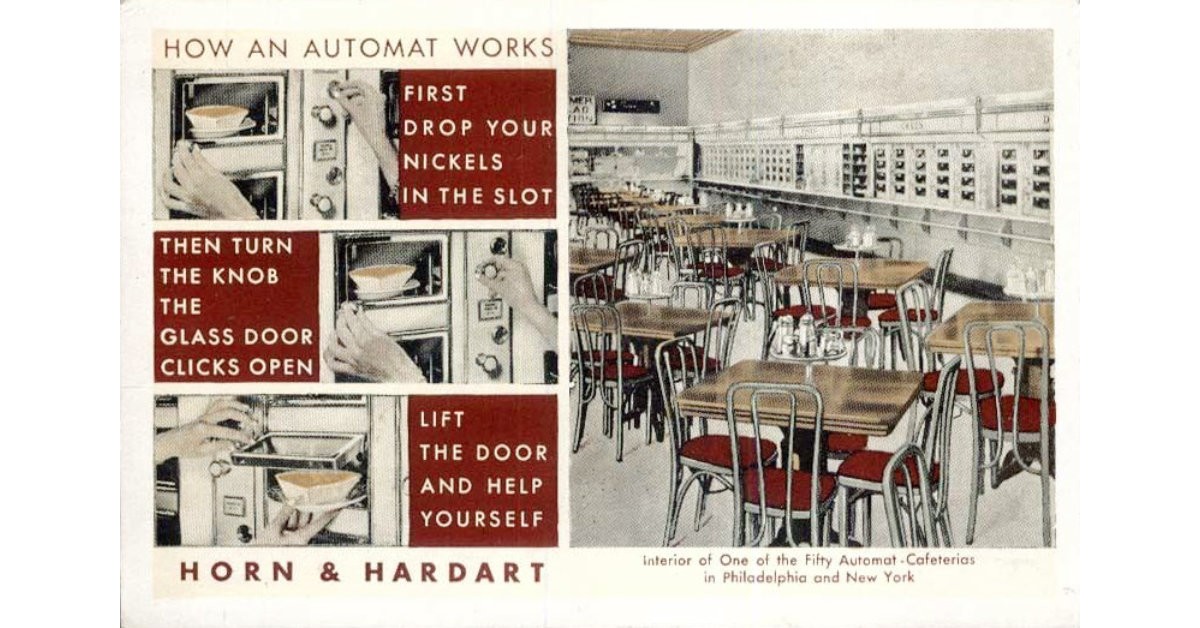 We recently went to a restaurant where we came in, picked up your menu and stood in a large “holding pen” while trying to decide what to eat. Once we made our selections, we walked up to the counter and placed our order. They charged my card right then, and the tablet asked for a tip–even though we did not know if the server would be any good. They handed us cups and a number and suggested we pick up our silverware and condiments. A server brought our food, but we had to clear our own plates. I might as well have stayed home.

It was like a Give Guys Burgers and Fries or another fast-food restaurant, but they didn’t yell out your number, they had a broader menu selection, and it was a nicer atmosphere.

Because all they had to do was bring out our food and wipe down an empty table, they managed somewhere around 50 to 60 tables with just two servers. The restaurant started this “hands off” service during COVID-19, supposedly to reduce infections. They kept it going because it is difficult to hire skilled employees.

I don’t mind this low-level of service at a fast food place where I can eat for $5 to $10. Likewise, when I go to a buffet, I expect to serve myself, and the trade-off is that I get to pick the specific food and the quantity I want.

When I go to a fancier sit-down restaurant, I expect better service. I expect to be able to wave someone over and tell them they forgot my coleslaw; I don’t want to wade through a crowd of people waiting to order to get them to correct a mistake. Don’t over do it. I don’t need my water glass refilled after each sip, but I like it when they come by and ask if we need anything else and refill your drinks without being reminded.

I don’t think I’m spoiled. If you are going to request a tip, there should be some service for it. And if the entire restaurant is self-serve, then maybe they should mention that on their website.

I could not help but wonder when they will replace the person taking orders with a couple of kiosks or a mobile app. All these workers demanding $15 an hour need to realize that they are hurrying the advance of automation and will one day be unable to get a low-skilled job at any wage because a machine has replaced them.

Some restaurants already use robotic pizza makers, automated baristas and bar tenders, and plenty of fast-food restaurants use kiosk and are they are testing AI voice-recognition order takers at the drive through.

How many cashiers are not hired each year because the grocery store, Walmart, Home Depot and other stores use self-checkout? Sam’s club has an app where you scan items as you put them in the cart and then pay on the app without even going through a checkout line. The door checker scans the QR-code on your phone instead of looking at your printed receipt.

Even those self-checkout methods may be replaced with systems Amazon and others are working on that use automation to track what you put in your cart. And Amazon’s warehouses aren’t the only ones with robots; Costco and other ecommerce companies have them too. How long do we have before automated systems replace delivery drivers, from self-driving vehicles, to drones, to robotic carts that can navigate sidewalks and stairs?

Let’s Do the Time Warp Again

Is self-service an advance, or are we stepping backward in time? I seem to remember plenty of it when I was a kid.

I recall going to a cafeteria that had a conveyor belt. It wasn’t much different from grabbing your luggage at the airport: You would stand at one point, and as servings of food went buy, you’d grab the bowl or plate you wanted. The conveyor was in a big oval, and when it went through the wall and into the back, employees would restock the French fries or add more chicken noodle soup.

Does anyone remember the automat? Cafeteria’s filled with vending machines stocked by workers on the other side. You opened the door and grabbed your food. It seems like they sold a lot more pie and cake back in those days and everyone drank the same coffee, which never had soy anything added to it.

Is an automated barista really that much different from that vending machine you would pump coins into and it would drop a tiny paper cup, spray some coffee into it and dribble a little cream? We’ve had automation for decades, it just hasn’t been as sophisticated.

My favorite waitress was at a restaurant where I’d eat lunch with the crew from work at least once a week. An older woman with her hair dyed an unnatural share of red, she would bustle around, called me (and most everyone else) “hon,” bring us extra napkins, and always remembered my drink order. You can’t replace that with automation.