We moved into our prepper property full time about one year ago. For new readers and to recap for old ones, here are the specifics: We moved from about 2 acres in the exurbs where we had a large home to a smaller house on almost 20 forested acres on the side of a mountain. There are multiple streams on the property and the drinking water is from a gravity-fed spring. We have a septic system. A wood stove and a fireplace insert heat the house. It is located up a dirt road so steep UPS, Fedex and the USPS won’t deliver here.

My wife and I agree that it has been a good move even if it got off to a slow start because of COVID-19 restrictions. But the first yer has had some lessons. Here are a few things we learned:

Chances are you paid a real estate inspector $500 or more to inspect your new house. Don’t ignore that report. We negotiated with the buyer and he fixed the two biggest problems, but that still left us with plenty we needed to do. By the time we have fixed all the things the inspector found wrong with the house and a few improvements we wanted to make it more livable, it will cost at least an additional $20,000 on top of the purchase price. Compared to some of the houses we saw, we are getting off lightly.

I hope that fixing these problems now will mean we have fewer failures over the next two decades. We’ve improved the exterior, fixed some masonry problems, cured a water problem that would have led to mold, and taken steps to make sure the deck won’t collapse.

Finding contractors in a rural area is difficult and they often have to travel quite a ways, which drives up the cost. We were able to get referrals once we had been here a while and made some friends. When we first started making calls, some people were booked six months out. We’ve learned to be patient.

Order Your Firewood Early and Often

We closed on the house in August, and I started buying a cord of wood each month. The first few cords burned fine, but the wood we purchased later was not as well seasoned and would steam and hiss before it caught fire. We had to get the fire going with old wood and then mix in a few newer pieces.

This year, I started buying firewood in April and had five cords by August. As I burn one, I will buy another. That should give us at least four months for the supposedly seasoned wood they deliver to season some more. We would have more firewood on hand if we had a place to store it. I may address that next year by building a firewood shelter.

I have not been cutting and splitting my own wood because I do not have a four wheeler of UTV to haul it out of the woods. When I did the math, I determined I could buy firewood for eight or more years for the cost of a UTV. Add in a wood splitter, and the payoff slips to 10 or more years. Still, I may do some small-scale harvesting. Make sure you budget for the equipment you will need.

On the plus side, both my wife and I are now experts at starting the fire, keeping it going all day, banking it at night, and getting it going again the next morning.

The biggest change to our lifestyle is that we cannot run out and pick something up on a whim. We carefully plan our trips and try to run all the errands on the same outing. My wife no longer swings by multiple grocery stores; instead she does a big shopping every two 10 days or two weeks.

We also have to plan who is going to drop off the trash or pick up the mail and when. For example, when I get my haircut, it is in town 30 minutes away, so I drop off the trash on the way there, swing by Walmart afterwards, and then pick up the mail at the post office on the way home. This way, we aren’t wasting gas by running all over the county.

When we lived outside an urban area, it was easy to pick something up on the way home from work. We could pick up groceries, go to the doctor, or buy groceries without a second thought. When the kids were younger, I would go shopping while a kid was in Karate or dance class. If I needed to run out to Home Depot to get a bolt, it was a quick trip.

Out here, Lowe’s is an hour away and Home Depot is further. There is an Ace Hardware and a small, independent lumber yard closer, but you still can’t just run out and pick up an item. There are a couple of general stores in the surrounding towns. These are very useful, and we like supporting local, family-owned businesses.

I am enough of an introvert that being home bound doesn’t bother me much. My wife needs social interaction more than I do. Thankfully, she has made a handful of friends and they get together socially several times a month.

Prepare for Power Outages and Isolation

When it snows, we are stuck. Yes, we have four-wheel-drive vehicles, but people get stuck on this road in good weather. The roads don’t get plowed and while I expect I could get down; I have doubts about making it back up without chains. But since we only leave the house once or twice a week, being snowed in isn’t that bad. So far, we haven’t been snowed in for more than four or five days. Old-timers remember being snowed in for a month!

The power goes off more than our previous residences. They are pretty good about getting it back on within a few hours. We’ve only had to break out the generator once. When the power goes out, we are disconnected from the world: No internet, no phone, etc. We just do chores or read books.

People will Still Visit You

We’ve had more out-of-town guests here than we did in the old house. We even see our kids more often now. People are excited about coming here. Visiting someone in the mountains must seem like an adventure.

The guestroom is cold in the winter because it is far from the fireplace, but that doesn’t seem to stop people.

Animals Are an Added Responsibility

My daughter visited for Thanksgiving and walked the dog and did the animal chores for me. It was a nice change. While I don’t mind walking the dog and taking care of the chickens, there is no escaping it. Chores have to be done every day. I knew this intellectually, but living it is another thing. It keeps me busy, gives me some exercise, and gives me something to do. It also makes going away for the weekend tougher.

Just be aware of this, especially if you go whole-hog homesteader. It can be lots of responsibility and you need to plan accordingly.

There is no Anonymity

When I lived in a large city in the 1990s, I almost never ran into anyone we knew. The size alone gave you anonymity. When we moved to a smaller city, it took about ten years before I would run into people we recognized when we were out. It was usually someone from work, my kids’ school, or youth sports.

In a small town, you start running into people you know very quickly. When there are hundreds of people instead of hundreds of thousands, you don’t have the anonymity of the crowd. We’ve met people who have heard of us and know where we live, even though it was our first time meeting them. Why? Because everyone is related and they talk about what is new.

Folks around here want to know where you live. Previously, I would never share that, but I have had to relax my privacy standard and tell them something like, “We live on this road, above the Baptist church.” Sometimes, they’ve said, “Oh, you bought so-and-so’s house?” Why yes, we did.

On the plus side, people look out for each other. We have good relations with all our neighbors and I go out of my way to be friendly and helpful. Just the other day, Lowe’s was making a delivery to my neighbor and their truck could not make it up the steep road. I drove down to the truck, loaded the washing machine and two Lowe’s delivery men into my pickup truck and drove them up to the house. Then we hauled the old washer out and back down to the truck. I was happy to do it because that neighbor has helped me out many times. 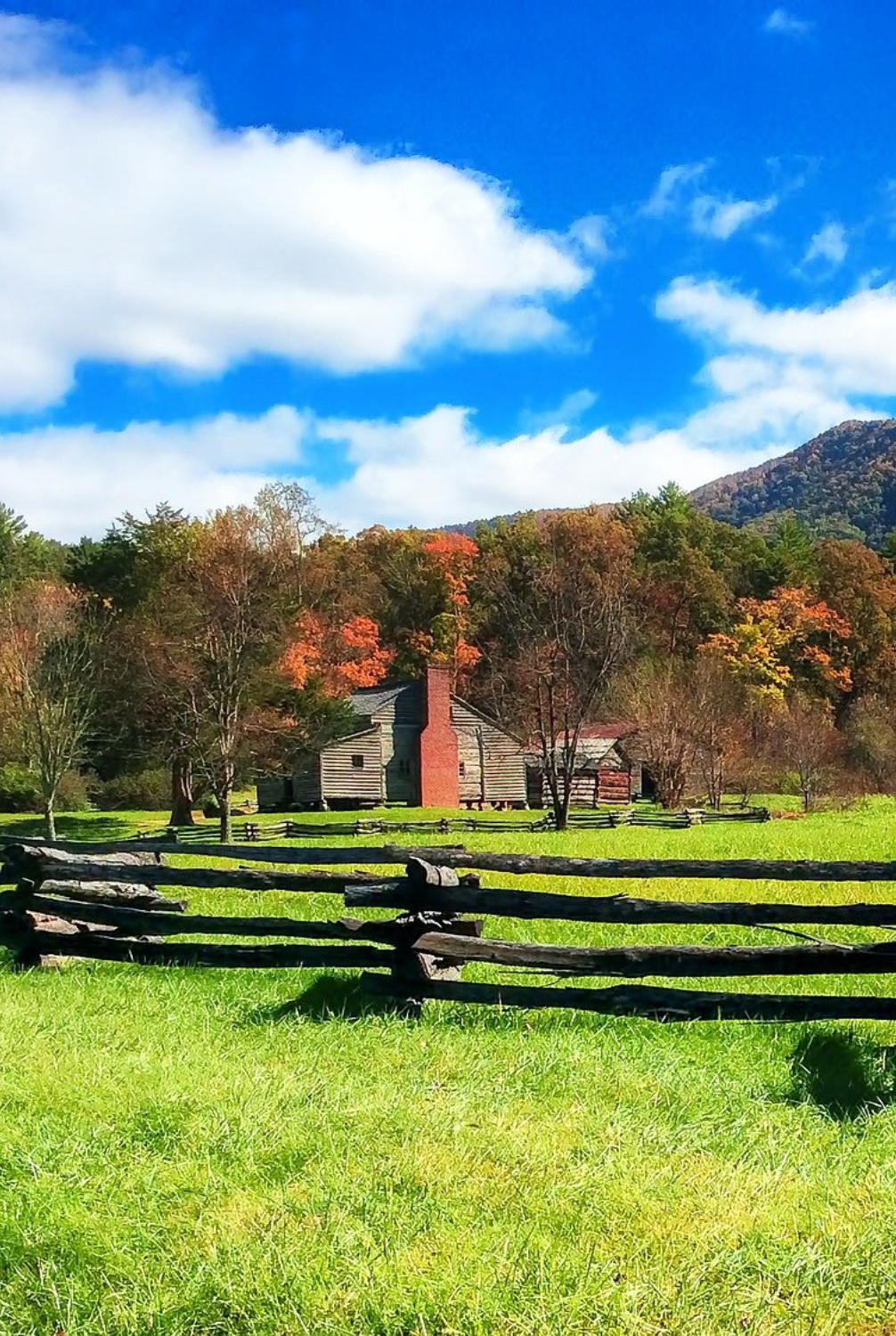