Happy New Year, but don’t get your hopes up. Our 2022 predictions for 2022 say it will be expensive, dangerous, and depressing. 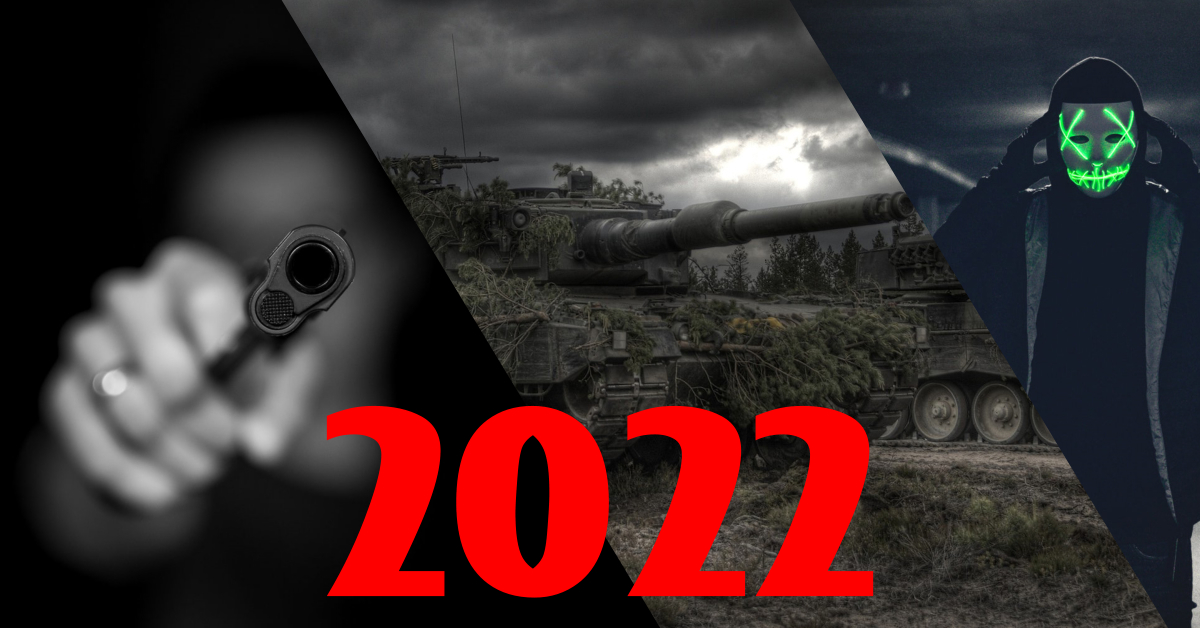 In a recent survey, seven out of ten registered voters said 2021 was a bad year for the country, and 55 percent said it was a bad year for them personally. Brace yourself because I have bad news: 2022 will not be any better. In fact, I think it may be worse. Let’s look at why I feel that way.

That phrase helped Bill Clinton win in 1992, but it’s going to help Democrats lose in 2022 because the economy will still be drowning in inflation by the time the mid-term elections take place. I do expect the supply chain problems to continue. That means inflation looks like it will continue to rise for most of the year. Food prices will be much higher. The average gas price will go back up above $4.

Mixed with less spending due to higher prices, this will eventually become stagflation, meaning people will spend less even as prices rise, slowing the economy.

I don’t expect three quarter-point increases by the Fed will tamp down inflation. The Fed’s actions may cause a stock market pullback, which would make people feel less wealthy. That will make inflation feel even worse and may hurry the arrival of stagflation.

Globally, China is having its share of economic problems, and Europe is behind the U.S. in terms of rebounding after COVID-19. Compared to the rest of the world, the U.S. is a bright spot. Hard to imagine from our position, but that’s just a sign of how bad things are elsewhere.

Inflation will finally result in rising prices for gold and silver, although the paper markets will try to undermine any increase.

I expect we will see portions of the global economy shut down in early 2022 and possibly later in the year. While the impact of COVID on U.S. jobs in 2022 will be less than it was in 2020, we could see entire chunks of China, including manufacturing and ports, closed for weeks or months. This will exacerbate the shortages and supply chain problems. While it may temporarily result in fewer ships waiting to unload in California, there will be more ships waiting to load in China until the ports reopen.

The government must be worried about the impact of millions of COVID patients missing work or the CDC would not have told people to take five days off instead of ten after a positive diagnosis. When you have over 400,000 people getting sick every day, that can have a huge impact on productivity. I think we are lucky that it is at a slow time of year when many people would be off for the holidays.

Thanks to Omicron, 2022 will be off to a slow start. Keep in mind: just because meat-packing plants haven’t shut down yet doesn’t mean they won’t. Airlines are already being affected; I think cruise ships and the rest of the travel industry will be next.

Prediction: COVID will not go away in 2022 and things will not return to normal no matter how much we wish they would.

There are several minor wars in progress right now. The big question is, can we avoid a big war? That depends on our enemies as much as it depends on us. Some would argue that it looks like Putin wants a war in the Ukraine. China might also choose to attack Taiwan, believing they must act now because we will only strengthen our position in the Pacific over the next few years.

My prediction is that blood will be spilled in 2022 over Iran and their nuclear ambitions. It may just be more secret attacks and sabotage by Israel, but it may also be bombs and missiles.

There are many other conflicts where bullets aren’t flying, but economic sanctions are. These often piss off the target country’s population and lead to the leadership launching some small-scale military action on a neighbor as a distraction.

This is probably a prediction everyone will make, but it’s worth noting because the closer we get to a Republican takeover of congress, the more desperate the Democrats will become. Look for them to do extreme, crazy things. How crazy? I can’t predict that, but expect their political shenanigans to leave you shaking your head in disgust, especially during the lame-duck session of after the elections are over.

Prepping can make a difference, so here’s hoping your 2022 is an improvement on the last year or two.

One thought on “Ringing in 2022 with Some Depressing Predictions”