We’ve been getting solid, sometimes heavy rain for several days. I try to walk the dog when it lets up, but it comes down again before our walk is over. When it isn’t raining, there is a dense fog.

The creeks are high, but because the rain has been spread out over a few days, they have not reached flood stage. Our ford is higher than I’ve ever seen it. The ground is so soggy that even my gravel driveway is mushy, and it’s usually rock solid. In fact, the rain finally melted all the last piles of snow and the icy bits footprints and tire tracks have pressed into place.

The chicken coop might as well be located over a stream. The water runs down the hill and through the southern side of the chicken run. I put down fresh straw to give the chickens somewhere dry to stand, but it just gets wet. Happily, it’s warm enough that the wet feet are endangering them. They’ve been spending so much time in their coop that I increased the amount of hay I give them and dumped extra PDZ in there to cut down on the smell.

We’re lucky it wasn’t cold enough to snow, because three inches of rain would equal three inches of snow. The rain has carried on so long that I’ve already burned all our dry inside firewood and am working on the pallet full of dry wood in the garage. Soon we’ll be tapping into the tarped supply by the back door. There’s at least a cord-and-a-half there, so it should last us well into March; I just have to pick out the driest pieces.

Our luck may be changing. On Friday, the rain turned to snow as the temperatures plunged back into the teens. We’re not expecting it to be above freezing again until Sunday or Monday. The precipitation is supposed to end Saturday morning or early afternoon; hopefully we won’t have much accumulation. It will make the dog happy, however. I think she misses playing in the snow.

The wind has also picked up, and I can only hope it means the cold front will blow through swiftly. At this rate, I’ll be breaking out the funny hat with ear flaps again.

I have to remember that it is still early Febraury, and we had a warm December. Mother nature is making up for it and we have plenty of winter still ahead.

I have acquired a Lorob Bees oxalic acid vaporizer, and as soon as we have a sunny day above 40, I plan to give my three bee hives shot of oxalic acid vapor to kill any varroa mites. Then I’ll run over to a friend’s house and we’ll treat all his hives.  He has seven or eight. The gas produced by vaporizing, or sublimating, the oxalic acid crystals on the hot plate of the vaporizer kills the mites while leaving the bees unscathed. It is dangerous enough to humans that I’ll be wearing one of the gas masks I have on hand for prepping.

Late fall and winter are both good times for oxalic acid treatments. The vapor does not penetrate capped brood, which is where mites go to lay their eggs. If you treat in the middle of summer when you have lots of capped brood, new mites will just hatch out. The best time to use it to kill mites is when there is little or no brood in the hive, like right now. This treatment is also useful after you make a split, ensuring the new hive starts out with a low rate of mites.

Expect a full report in the ext couple weeks. In th emeantim, here’s a video review from JC of JC’s Bees, which includes a demonstration of how to use it. 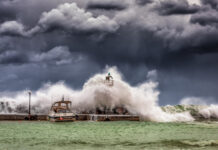 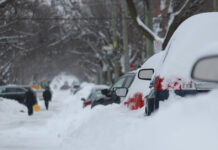