When I moved to our prepper property, I checked out our land via Google Earth and the local county’s geographic information system. I looked at maps, contour lines and satellite photos. I had seen the surveyor’s marks and pink ribbons. I hiked up to the spring, but I didn’t know the terrain.

In the seven months since getting a dog, I have walked every overgrown logging road, many of the animal trails, done a fair bit of bushwhacking, seen every rock outcropping in person rather than via binoculars, followed streams to their origin, clamored over fallen trees, scampered over rocky patches, and climbed the mountain peaks. I’ve seen not only my land but the neighbors’ and the state lands it adjoins. I’ve seen the land with leaves on the trees and without, in the snow, and in the rain. I’ve even seen parts of it in the dark. Let me tell you, there’s no better way to get to know your area of operations than walking it.

I guess someone could walk their dog with earphones on and be oblivious to their surroundings, but that’s not me. I look at the terrain. I make mental notes. I note where I can see the house from above, or across the valley, and where the sightlines are blocked. I note places I could make a cache, or the ideal place for a lean to. I think about where I would put a deer stand.

I am no tactical genius, but neither am I stupid. If you also fall somewhere between the two extremes, you can ask yourself the easy questions as you get a close-up look at the terrain around your retreat you may one day have to defend:

When I hike the old, overgrown logging roads, I look for places that someone might set up an ambush or where I could set a hasty ambush if I was being pursued on foot.

I look for places I could lose a dog if someone were tracking me.

I also look for avenues of escape. If we had to flee for our lives, where would we go? Could all the members of our group make it? What could we do to slow any pursuit?

From the mountain tops, rock outcroppings, and other high points, I note what I can see in each direction and where the blind spots are.

I even look at where I can see the neighbors’ houses, both occupied and unoccupied.

In my mind, I create a series of patrols, both close patrols that can be done in a few hours and outer patrols that might require a night in the field. These could be useful after the SHTF.

Once I get back home, I note my observations in a log. You can print a map from the web if you don’t have one. Need a bigger one? Print several and tape them together into a seamless map. If you have a GPS unit or app, note key locations on its map. Give them names that make sense only to you but would confuse others.

If you don’t have a dog, just grab a hiking stick and wear hiking clothes while conducting your recon. Until the balloon goes up, there’s no reason to undertake your scouting missions in camouflage or heavily armed. If a neighbor spots you, you’re just out on a hike enjoying yourself. The binoculars? Well, you never know when you might see or hear an unusual bird.

I have a friend who walks his dog six miles in the morning and six miles again most afternoons. He also spent 28 days hiking the Appalachian Trail last summer. I’m not there, but there are days when I hit six miles. According to my phone, I am walking more than twice as far as I did a year ago.

I can tell my heart rate and lung capacity have improved. The steep, mountainous terrain used to have me making frequent stops to catch my breath and sucking down water. Not anymore. I’ll look ahead, pick a spot and say, “I’ll stop there to catch my breath.” Then I end up passing it without a second thought. I only bring water when we are going on a long walk or somewhere I haven’t been before. Happily, my body has adapted.

Do I want to be running up hill with a patrol pack, rifle, and 12 magazines, dropping behind cover to fire at a pursuing enemy while my patrol partner bounds past me, and then rinse and repeat? Hell no! But if I’m ever stuck in such a position, I’ll be able to go farther and faster than any time in the past ten or 15 years.

And I owe it all to the dog. She is the perfect excuse to go out and walk, a hike, or a patrol. I know we had a good hike on those days where I don’t see her for hours because she is sleeping it off.

Google vs. the Eyeball

Google Earth and other various other online resources are a tremendous help when scouting land you have never been to. They can give you an advance look at the lay of the land, help you pick way points, and point out possibilities, but it’s not the same as being there in person. Pictures flatten things out, and open source images grow outdated. They can’t tell you a storm came through the year before and knocked down a patch of trees, making it difficult to navigate. They can show you the top of a rock, but not the cave or depression under it where you could stay dry. You need to be there in person to learn these and many other details.

Likewise, there may be a blue line on a map, but you have to be there in different seasons to know it dries up in the summer but is wide and muddy when the snow melts. This is the kind of local knowledge I am gaining. If I ever get into a kinetic confrontation after the SHTF, it should give me an advantage over someone who has never been there before or has only a map. For example, if they show up on four-wheelers expecting to ride the logging roads, they will be disappointed. Most have two to three-inch saplings growing in them. You’d need a bulldozer to clear that path.

I don’t have any caches yet, but I am considering making one. I’m thinking a 50-caliber ammo can with four AR-15 magazines and a couple of inexpensive bandolier repack kits with 120 rounds of 5.56 on stripper clips. There would probably be room for a Glock magazine and a few Power Bars or similar snacks.

My problem is that a simple cache like that described above never seems like enough. My mind sees other possibilities. For example, what if I’m carrying a .308 on the ill-fated day on which I need to access my cache? Should I add another ammo can with .308? What about first aid gear? That could be important. Maybe a CAT Tourniquet and some Israeli battle dressings? Hey, I should put a GI Poncho in there, too! And a woobie, in case it is cold.

Woah, let’s stop before I end up with a fully kitted out patrol pack in a plastic bin buried under a rock. I don’t need several hundred dollars’ worth of gear buried in the woods, never to be seen again. For now, I will try to stock with the single ammo can. If things look bad, I’ll consider stashing a bug out bag a couple miles away on the state land.

Know Your Area of Operations

I didn’t set out to map my surroundings, but I’m glad I did. If you have a retreat, I recommend you do the same. At the very least, hike a couple miles out in each direction. Know what’s out there, even if it’s a farmer’s field or a housing development. It could impact you one day in the future. 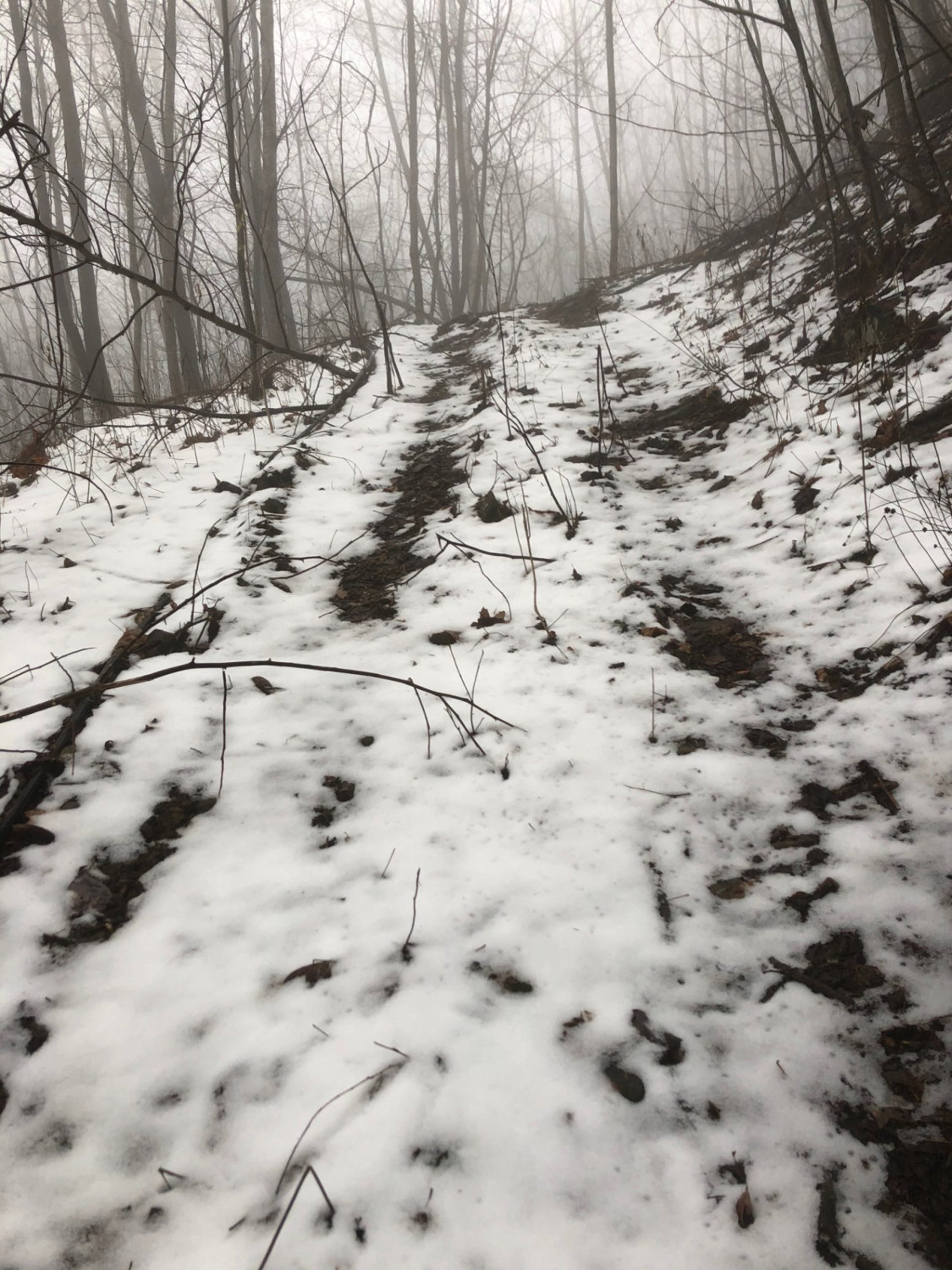