If you thought a virus could screw up the economy and mess with your life, wait until we feel the full impact of the Russian invasion. Because there are so many interconnected parts in the global economy, knocking Europe’s largest country off line will upset the balance just like the virus. As if things in the world weren’t going badly enough already, the war in Ukraine is giving the world a hard shove towards the cliff of collapse. We were already heading that way; Russia just hurried us along.

We see the bombs, the missiles, the tanks, and the dead, and that’s bad enough, but here are a few examples of the area where the war will have an impact beyond the borders of Ukraine.

Because of the backlog of ships at ports, companies have been shipping goods from Asia to Europe via train through Russia. That just came to a halt. No one wants to ship via Russia now. In fact, it appears as if no one wants to do business with Russia at all, either because they are now an international pariah, or because they are worried about getting caught up in the sanctions.

Some airfreight is also being affected, in part because Russian airlines are being banned from European airspace.

Raw materials made, mined, or refined in Ukraine or Russia are no longer available due to the war or sanctions. Expect this to have a mad impact a few months down the road. It’s even goign to affect semiconductor production.

If you are reading this from the U.S., Canada, or Brazil, be glad you are in a country that produces sufficient food to feed its populace. More than 10 percent of the grains sold on the world market are going to disappear because of this war. For some of us, that will mean higher prices. For others, it will mean hunger and possibly even starvation.

It’s a story as old as the first wars in Europe: Battles result in fields that are not planted, are not harvested and brought to market, or are burned. Farmers are killed or forced to become refugees. War has resulted in starvation and illness across Europe for centuries; the only difference this time is that it will affect countries well outside of Europe who import grain.

The war will also affect global energy prices. The biggest price jumps will be in Europe, especially those countries dependent on natural gas from Russia. While many people think of natural gas as their source of heat, its real value is as a raw material for everything from fertilizer to plastics. It is also used to produce electricity, and plenty of Americans and Europeans will see their bills jump as a result.

Instead of selling gas to the domestic market, businesses in the U.S. will pump natural gas onboard liquid natural gas carriers to ship it overseas where they can make better profits. Yes, this will help the Europeans, but it will also drive up costs here, making your electric bill and your heat bill increase.

Both Shell and BP have announced they are pulling out of joint ventures with Russian partners. This will deprive those partners of oil expertise and marketing channels. Things won’t get as bad for Russia as they did in Venezuela when they nationalized the oil industry, but I bet we see a gradual decline in the amount of oil Russia produces over the next decade.

In addition to hurting the supply chain, driving up the cost of key commodities, and pumping up inflation, we need to worry about what will happen to banks and companies if Russia defaults on its debt. If the war rages long enough and the sanctions stick, Russia might very well turn around and say, “Very well, we are withholding payments on our debt.” That could hurt companies, banks, pension funds, and other investors. It will also transport Russia back to its last collapse as their money becomes worthless and credit disappears.

Stock markets around the world are plunging. That loss of wealth will translate into other quadrants of the economy. As people feel less wealthy, I expect the real estate market will slow down. Purchases of cars and other big-ticket items will slow. This war will likely result in a recession, if not a depression.

The influx of refugees from Ukraine into Poland, Romania and other countries is being handled well, but that can only last so long. At some point, the money runs out, the patience runs thin, and the people that welcomed refugees begin to resent them. This will cause additional strain on Europe’s economic and political system.

The Contagion of War

We could be seeing a repeat of World War Two, with Putin playing the role of Hitler, a megalomaniac with unfettered power. Hitler started out “uniting” the German-speaking countries. Putin wants to unite the Russian-speaking countries to “protect” Russians. Like Hitler’s early move to annex Austria, most of Putin’s early activities were downplayed. It took this invasion of Ukraine to make him public enemy number 1.

Now he has nothing to lose. The sanctions are in place. The ruble is plunging and Russia’s central bank was cut off from much of their foreign reserves. His people are already protesting. As bank runs grow and the Russian economy withers, the domestic scene will grow worse.

What’s stopping him from continuing to march across Europe? (Other than strained supply lines.) If he is unable to face reality, he may just continue to attack, bringing World War III to Europe.

Imagine what that will do to the world economy. That won’t just push us towards the cliff, it might be enough to send us over.

Worse yet, he may use nuclear weapons. At that point, the economy is the least of our worries.

One of our readers said to me in an email, “We are living in very precarious times.” I could not agree more. Even if nuclear weapons do not enter the equation, the Ukrainian war could well be the straw that breaks the camel’s back.

I believe we as a society are already on the downward spiral. This is pushing us closer to the end game. I’ve written multiple times about preparing to survive a collapse, I’d recommend you review a few of them:

I am continuing to top off my preps, stocking up on things we need that might cost more or be unavailable next week or next month. That includes chocolate, pet food, chicken feed, garden supplies, canned meat, and grain-based foods. I recommend you do the same.

Even if they resolve the war in the next 10 days, inflation and food shortages aren’t going to go away. Just buy things for your prepper pantry you need and use if there is no collapse or recession. 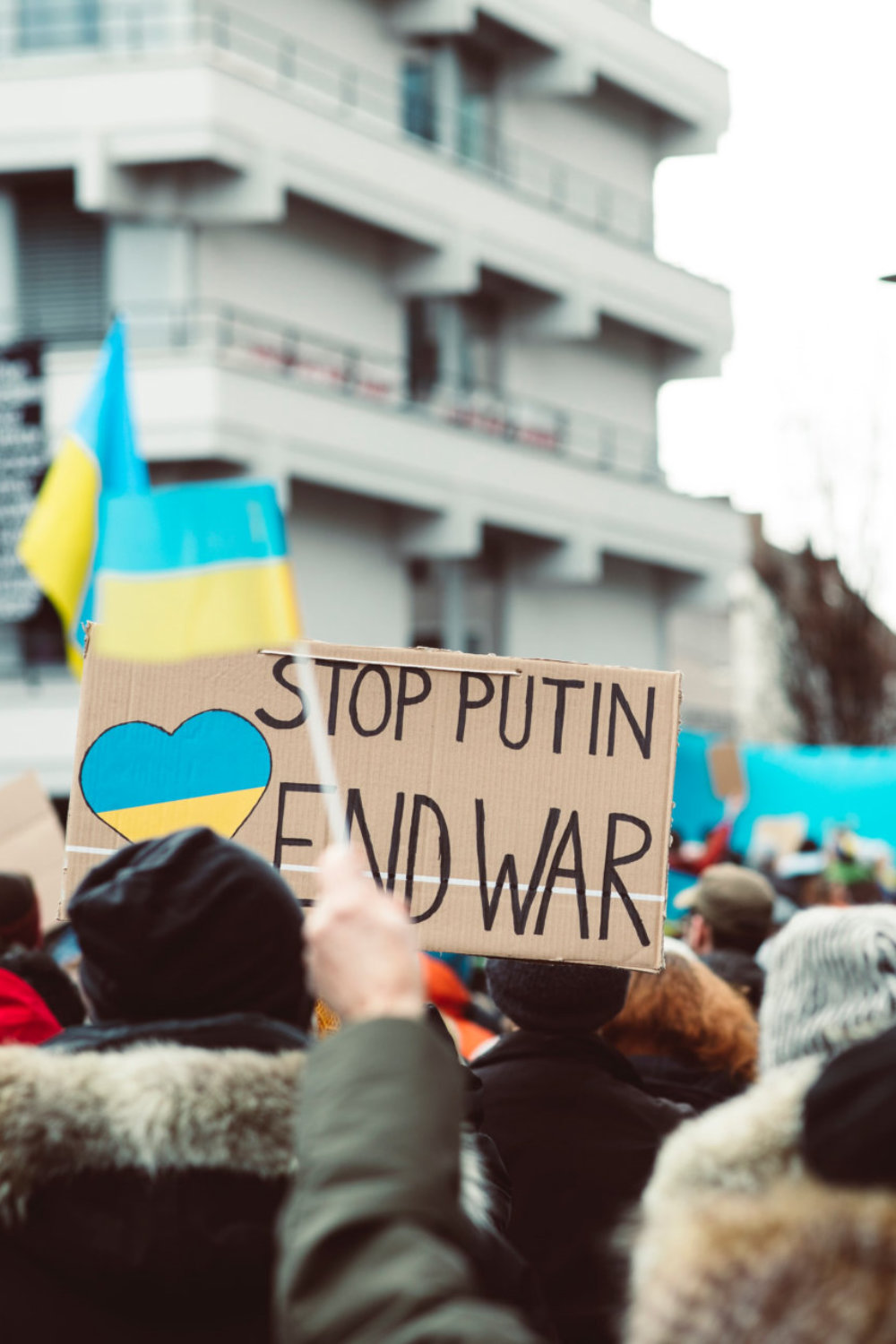