It’s good to remember that even when the world around you seems to be going to hell in a handbasket, there are still plenty of normal things going on in life. I’m going to attempt to focus on that today instead of the war in Ukraine.

It’s been warming up, which means no more breaking ice in the chicken’s water. I even went eight days without carrying firewood into the house as we’re down to using just one of our two wood burners. When it is in the 50s, two logs will keep the basement at 73 or 74 degrees for four to six hours. When temperatures are in the teens, it takes six logs every two hours.

This is an early spring, if it is indeed spring. I expect we’ll see more cold and possibly more snow one of these days. Nothing much is blooming yet, but I am feeding the bees, both in their hives and with an open feeder. To prepare for the coming season and hoped-for splits, I have assembled three new large hive bodies and 30 frames and made two bottom boards. I still need to make some more lids.

My money-saving compromise is to buy the pre-cut pieces to assemble into frames, hive bodies, and supers. I build the tops and bottoms myself from scrap lumber. So far, so good.

I went to the lumberyard, which is well off the mountain, to pick up some wood I ordered for a project, and as I was loading the truck, I started to sweat. I was wearing a heavy long sleeve shirt over a t-shirt. Normally, I would strip it off and toss it into my truck, but I couldn’t. I was wearing my Glock in an outside-the-waistband holster and the shirt was my concealed carry garment. First time I’ve had to worry about that in at least four months.

The other day, I spread some clover seeds, including white clover and crimson clover for the bees. I also spread some red clover, which actually blooms pink. Unlike the white and crimson clover, honeybees do not feed on the red clover, but the bumblebees do. Their longer proboscises can feed on the big pink flowers while the smaller honey bee cannot get in there and reach the nectar. The pink clover also produces more greenery, which I chop off in bunches and feed to the chickens along with plantains, dandelions, and other weedy growth. They love it. When we free range them, they run right for the clover to eat the leaves and the bugs it attracts.

Here are two methods of planting clover you may not know: Spread the seed where there is some snow on the ground. When it snows and the snow melts, it will carry the tiny clover seeds down into the dirt, where they will germinate when the soil warms up. You can also spread seed in late winter or early spring, which is known as frost seeding. With this method, you are counting on the freeze and thaw cycle of the ground to bury the seeds. As the soil surface expands and contracts, the seeds are drawn into the ground where they will stay until it is warm enough to germinate. That’s the method I’m doing.

While I was at the lumber yard, I popped into a Walmart to buy a few things on my wife’s shopping list. I scored 24 cans of cat food. I checked out the canned meat aisle, and this store was very well stocked. Lucky me! I picked up another two 1-pound canned hams, three cans of pulled pork, and two 28-ounce cans of Keystone beef. I like these because the only ingredients are beef and salt.

The pasta aisle was not as empty as the last Walmart I visited, although there were some gaping holes. They still had their Great Value brand of pasta for 82 cents per pound and a three-pound box of elbow macaroni noodles for $1.63. That’s 54-cents per pound. I didn’t buy any because I have lots of elbow macaroni in storage, but that’s a great deal for anyone looking to make some last minute preps.

They also had several flavors of Great Value pasta sauce for 88 cents per jar. These are often out of stock, so I bought six for our pantry shelf. Combine The macaroni, sauce and a can of beef with some cheese, and you have a basic beefaroni. That will feed a hungry crowd.

I also grabbed a pound of salt and a small tin of baking powders, because why not? Then I picked up two bags of dried northern beans.

I continue to be lucky that our local Walmart appears to be better stocked than some of the other locations I have visited. Perhaps that is another positive about living in a small town.

After I got home, I kicked myself for not buying some of the macaroni for $1.63.

A Sense of Unease

On Sunday, I took an AR-15 and three loaded magazines out of the safe. This is a standard 16-inch carbine with an Aimpoint and a long-throw flashlight. I normally have a 10/22 and a 12-gauge handy for varmints, but I suddenly felt the need to have a bit more firepower. Maybe I’ve been watching too much TV or too many doom-and-gloom YouTube videos.

The next night, after 1 a.m. while I’m at my desk working on a future blog post, the dog barks. Repeatedly. She’s in the same room as I am; there’s no threat in here. This is not a dog who barks much. In fact, I’d say it was at least two weeks since she had barked in the house.

I slip on my muck boots because they were handy and popped a magazine into the AR. Then I stick a spare mag in my back pocket. I mean, what threat could there be outside my door that 56 rounds of 5.56 can’t solve? But there’s that third magazine just sitting there, so I shoved it in my other pocket. I fit myself through the single point sling and open the door to the garage. The dog barrels through the door. I stretch the headlamp elastic over my head and hit its switch. Then I hit the button to open the garage door. I keep off to the side, tactically out of sight, as it rolls up.

The dog runs out. I follow more carefully. The headlamp is nice, but the gun-mounted light really pierces the night. It shows that there’s nothing out there. The road is quiet. There’s no sound of a motor, no receding four wheeler noise. We walk around the house. All is quiet in the chicken coop.

I guess the dog felt uneasy too.

I spoke to a friend who works in a bigger town. He can see the gas station across the highway. He said that by 2 p.m., gas had alrady been at three different prices. It started at one price, then they raised in a nickel that morning. Then they raised it another five cents a few hours later.

When you can see prices rise daily, or multiple times per day, it’s a sign you have crossed over from inflation to hyperinflation. I know gasoline is a special case, but imagine if the price of everything you bought went up daily?  Is that what our future holds?

If that ever happens, pack your bugout bag, buy as much food as you can afford, and head for your retreat. Things are going to get ugly. 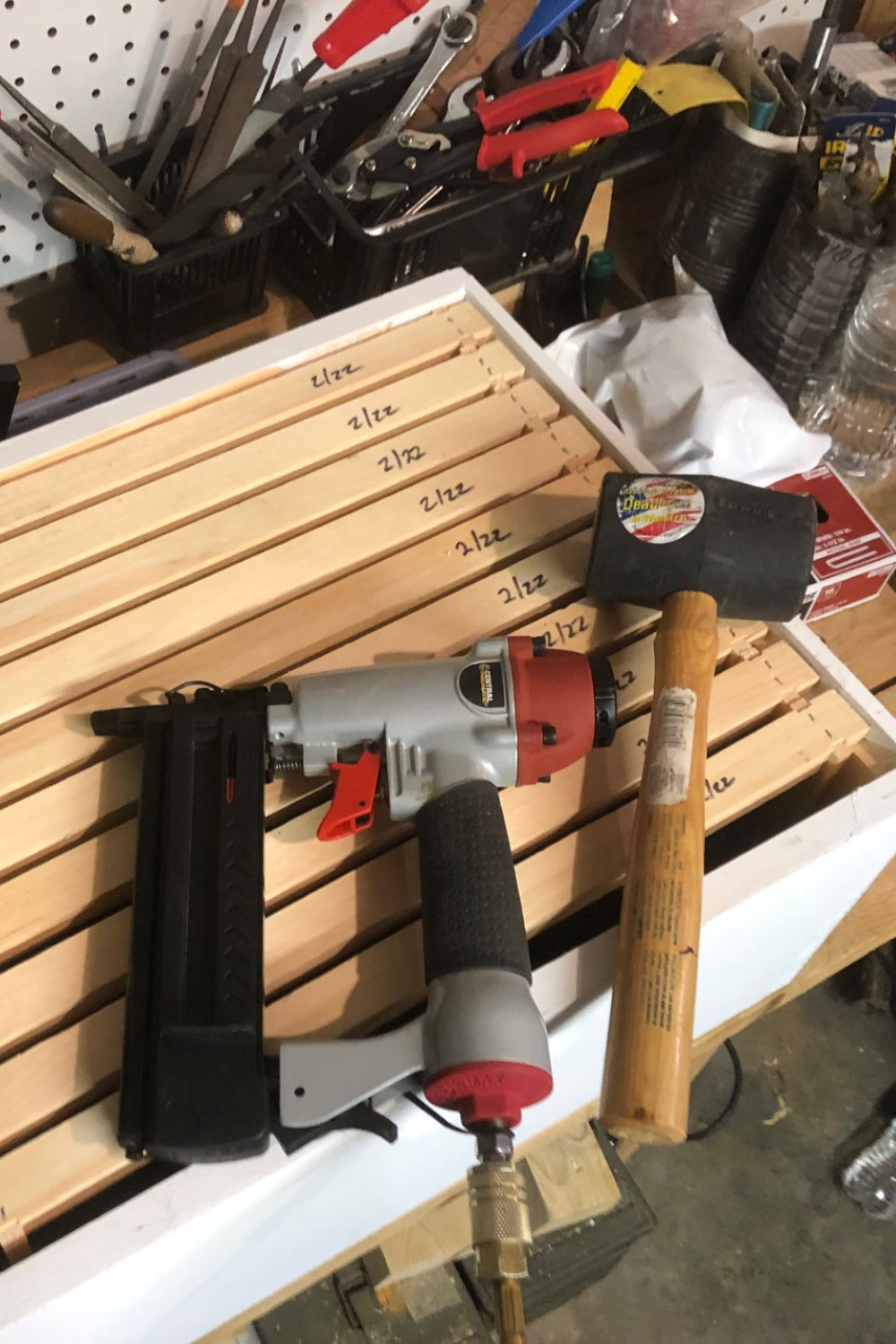