At some glorious time in history, the world reached a point where you would not immediately assume someone you met was an enemy just because they looked or acted nothing like you. Sadly, we are moving away from the assumption that people should be considered friendly, or at least non-offensive, regardless of where they are from, what they look like, or what they believe. No longer do we consider these differences to be of potential value. No longer do we think we can learn from those with different opinions, nor will we try to see something from their perspective.

Instead, many today will stuff their fingers in their ears and scream rather than hear reason. They attempt to win arguments by shouting down the other perspective. Sadly, the loudest voices spend most of their time shouting into an echo chamber, which serves no one and accomplishes little.

While we were once Humans, or Americans, or Muslims, or other large groups bound together by something in common, society is breaking down into smaller and smaller groups. For example, rather than finding common ground, the TVAS (trans, vegan agnostics for socialism) and the GVAS (gay, vegetarian agnostics for socialism) hate each other. The only time they cooperate is to protest SCCC (straight, carnivore, Christians for Capitalism), especially if the SCCC members are mostly white.

OK, I made up those groups, but you get the point.

Just because I am a beekeeper, doesn’t mean I go protest outside the homes of farmers who use pesticides, slit the tires on their tractors, and piss in their well. Unfortunately, that’s the first reaction of many who adopt a cause. That we tolerate this is a sign of our impending doom.

The ability to say, “I respect your opinion even if I don’t agree with it,” has vanished. The willingness to give someone the benefit of the doubt is gone. Even the ability to shrug and say “to each his own,” or “let’s agree to disagree” is no longer accepted as valid. Too many people are so limited in their beliefs that the very idea that someone might disagree “triggers” them and they have to go off to a “safe space” and enjoy some medical marijuana and get talked down by someone from their own tribe before they can rejoin what passes for society.

This reliance on emotion rather than reason is an immature tendency that some never seem to outgrow. The ability to shrug something off, to laugh at adversity, or even say “screw you and the horse you rode in on” is gone, and we are weaker for it.

The Romans had bread and circuses, we have reality TV and social media. (Bread? That may in short supply before long.) History blames the collapse of the Roman Empire in part on this decadence, and ours may well be, too.

Rome’s fall was also due in part to military problems. The famous Roman Legions became mere shadows of their former selves as their training declined and their loyalty waned. Am I the only one who sees the parallel with soldiers who spend more time in “woke” training than they do practicing the military tactics and weapons training they will need on the battlefield?

This societal decay is taking place not just in the U.S. and between Americans, but globally. The “us against them” perspective causes wars, terrorism, and other violence. Russians and Ukrainians. Turks and Greeks. Indians and Pakistanis. Jews and Palestinians. Sunni and Shia Muslims. North and South Korea. China and, well… just about everyone else. Again, you get the idea.

As wars spring up and global tensions rise, mass migrations take place as refugees in one war zone move to move to another area. The result is often in a clash of cultures, values, and economics, resulting in more distrust, more hate, and eventual to more violence. No longer do many immigrants try to learn the local language and assimilate, to become Americans or Germans, for example. Instead, they cling to their old identity and culture, the very belief system that led them to become refugees, and yet express surprise when nothing changes.

Look around and see how tenuous the stability and peace we once enjoyed has become. Food shortages cause riots and threaten lives and regime change, energy shortages create inflation and poverty, violence multiplies and murders jumps, crime waves expand into the upper levels of society, and rather than work to bring peace and stability, the U.S. government attacks and blames. The decay has set in at the very top. The dead wood is pervasive in the bureaucracy. Draining the swamp may no longer be possible because the swamp is in control.

If you are reading this, the decay of civilization probably isn’t a big surprise; one doesn’t become a prepper without recognizing there’s something going on behind the scenes that could lead to a collapse. Unfortunately, the problems are no longer content to reside behind the scenes and are rising to the forefront. As decay edges us ever faster to collapse and calamity, we have to look and what we can do to create islands of stability to survive the coming flood. While it may be possible to slow our descent, I do not think it can be reversed. We are too far gone.

How do you become an island of stability in a sea of decay? First, don’t make emotional choices. Do some research and make well-reasoned decisions based on facts and what works for you in your given situation.

Second, don’t be drawn into an argument and get side tracked from achieving your goals. Avoid debates about guns, prepping, politics, money, religion, genders or other hot-button issues where your opinion will offend someone. Even when the store shelves are bare, you will meet someone who doesn’t understand the need to prep. It’s not your job to change their mind. You could have just used your legal concealed carry weapon to kill a gunman who shot two people in a murderous rampage, and someone will whine, “Couldn’t you have just shot the gun out of their hand? His mom will say he was a good boy, even though he had 27 arrests and spent three years in prison.

Third, don’t stop preparing. The more you have, the better able you will be to support yourself and others. The island cannot exist without stability. Your preps will help provide that stability.

Fourth, be as self-sufficient as possible and be ready to increase the amount of food and other goods you can produce when the situation turns for the worse. The time may come when barter is the only means of exchange.

Fifth, try to build relationships with people that can provide you with mutual support. These don’t have to be other preppers. They can be people with skills you need or people who might hire you for your skills, farmers who have food you can trade for, or former military folks who have valuable skills. When the SHTF, the more friends you have, the better off you will be. 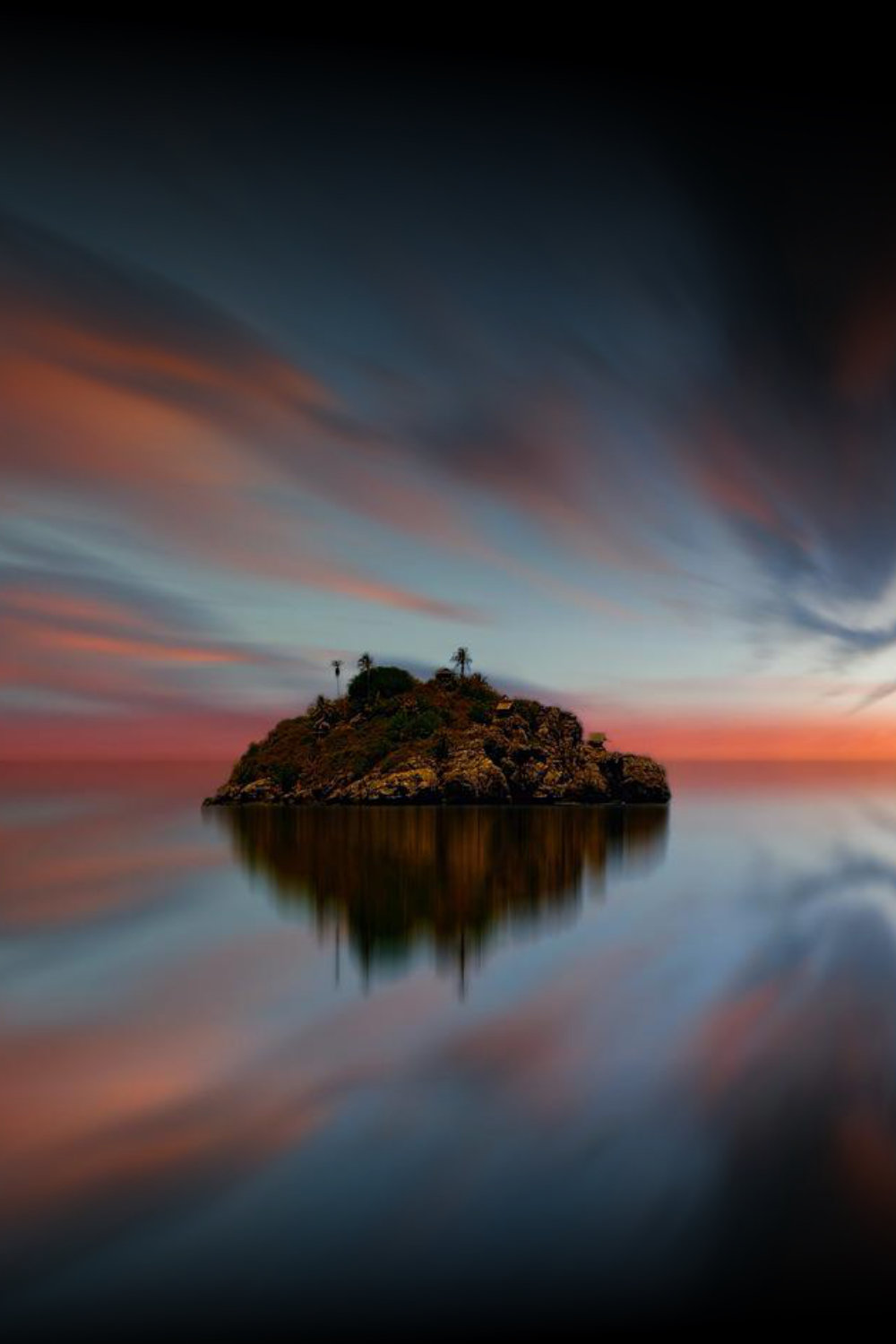