Isn’t it Time You Stocked Up?

India, one of the largest wheat producer and one of the top 10 wheat exporters, has banned wheat exports to help ensure its population of 1.4 billion people don’t go hungry. This kind of food protectionism is becoming more common as countries that produce grains and cooking oil halt exports to ensure that their citizenship doesn’t suffer in the light of global shortages.

India was expected to export a record 10 million tons of wheat in the 2022-23 season. After record-breaking heat in the hottest March on record damaged wheat crops, the government stepped in to reduce exports and ensure an adequate supply for its populace.

India has agreed to honor existing contracts for which there is a valid letter of credit and to allow some shipments to Egypt and Turkey.

Because wheat is a crop that is sold globally, when a shortage occurs in one corner of the world, prices rise everywhere. If China, or another country, wants more wheat, they offer to pay more, and wheat brokers sell to the highest bidder. The broker, a company seeking profit, doesn’t care if the sale means the country where the wheat grew runs short of food. By banning future exports, India has put a halt to the profit of wheat brokers at the cost of feeding its own people. It also keeps prices lower because India’s farmers can no longer compete in a global market.

India’s Government Protects its People and Itself

Who can blame a government for taking such actions? They are putting their country first, which, when you come right down to it, is what you should expect.

Protests over rising food prices are one of the leading cases of regime change in third world countries. By acting to ensure wheat availability in India, the government is not only protecting its people but possibly protecting its very existence.

Will the U.S. government take similar steps? For example, will they ban or limit the export of corn, wheat, or soybeans to China? Not under this president, and not if the farm lobbyists have anything to say about it. Farming is big business in the United States, and a large farms count on the export market to help them make money. Let’s not forget that the presidential primaries still start in Iowa, smack dab in the middle of farm country.

I’m not trying to imply that farmers should not profit, and I recognize that their costs are rising and ridiculous rates. That doesn’t stop me from wishing more American companies put American consumers ahead of Chinese conglomerates. I’d also like to see more farmland and meat producing companies owned by Americans.

Because so much grain and animal protein is being shipped overseas, the time may come when all of us wish we had more protectionist policies when it comes to food exports. Our natural gas prices are rising because more LNG is being shipped to Europe. Our food prices are rising because our farmers sell where the prices are the highest. At some point, we may need a leader to take steps to ensure adequate supplies of important commodities like wheat, pork, oil and natural gas are available for Americans.

Build Your Own Grain Stash

If you do not already have a stash of grains stored away, this is the time to do it. I recommend the following grains in this order:

Wheat is the top grain for preppers, but to get the most out of it, you must have a hand-cranked or other manual grain mill you can use in a grid-down scenario. With wheat, you can produce whole wheat flour which you can use to bake bread and other baked goods, and make noodles and dumplings. You can also soak and simmer it to make gruel or porridge. You can sprout it, which increases wheat’s vitamin content, and eat the sprouts or use them in bread. Finally, you can make bulgur. As you can see, wheat is very versatile for the prepper.

My recommendation is hard red winter wheat (or another hard wheat) and some soft white wheat. Go for two or three times as much hard wheat as soft if you plan on baking bread.

If you don’t have a grain mill, rice rises to the top of the list. Rice can be the foundation of many a meal and there are many ways to prepare it other than just boiling it. Entire cultures have been built around rice. It will serve you well. It is also gluten-free.

Oats, Corn and Other Grains

After what and rice, you can add other grains. We have a couple hundred pounds of rolled oats on hand because oatmeal is an easy meal to make and is familiar to everyone. Sure, you can make oatmeal cookies, make your own granola, and add oats to wheat bread, but I expect we will eat most of it as oatmeal.

We do have some popcorn and some corn for grinding into meal, but much of our corn is grits. A breakfast dish best known in the Southern United States, grits can make a fine side dish for dinner as well. When it comes to hot breakfast cereals, my wife prefers oatmeal and I prefer grits, so we stock both.

We have some barley and some quinoa, but our stores of these and other grains are measured in tens of pounds, not hundreds. I encourage you to stock what you expect to eat based on your current eating habits.

How to Store Grain for Years

Grains must be protected from rodents. This requires a metal, glass, or heavy plastic container. They must also be protected from bugs like weevils. Many grains come with weevil eggs already in them, so you will need to heat the grain in your oven or freeze them to kill the eggs. I prefer to package my grains with oxygen absorbers. Any bugs born in a low- or no-oxygen environment will die before they can damage your stored grains.

I recommend you use five-gallon plastic pails or buckets lined with a Mylar bag. The Mylar bag is necessary because the polyethylene used in buckets will slowly allow the transfer of gas and may not provide a sufficiently oxygen-free environment.

Place the bag in the bucket, fill it with your grain, but leave at two or three inches of head space. I put 1,500 cc worth of O2 absorbers in the top, squeeze out the air, and use a heat sealer to seal it. Then put another seal above the first, just to be safe, and cut off any extra bag materials. Push the bag into the bucket, place the lid on top, and use a rubber mallet to hammer the lid into place.

If you prefer video instructions, there are plenty on YouTube. If you prefer to buy your grain already packed in buckets, that is also an option but may include a significant wait time.

There are also plenty of other systems that can be used to store and protect grains, including using carbon dioxide or a nitrogen flush. Some people store grains in glass jars with appropriately sized O2 absorbers. All of these methods work when don’t correctly.

Whichever method you use, store some grains. They could save your life. 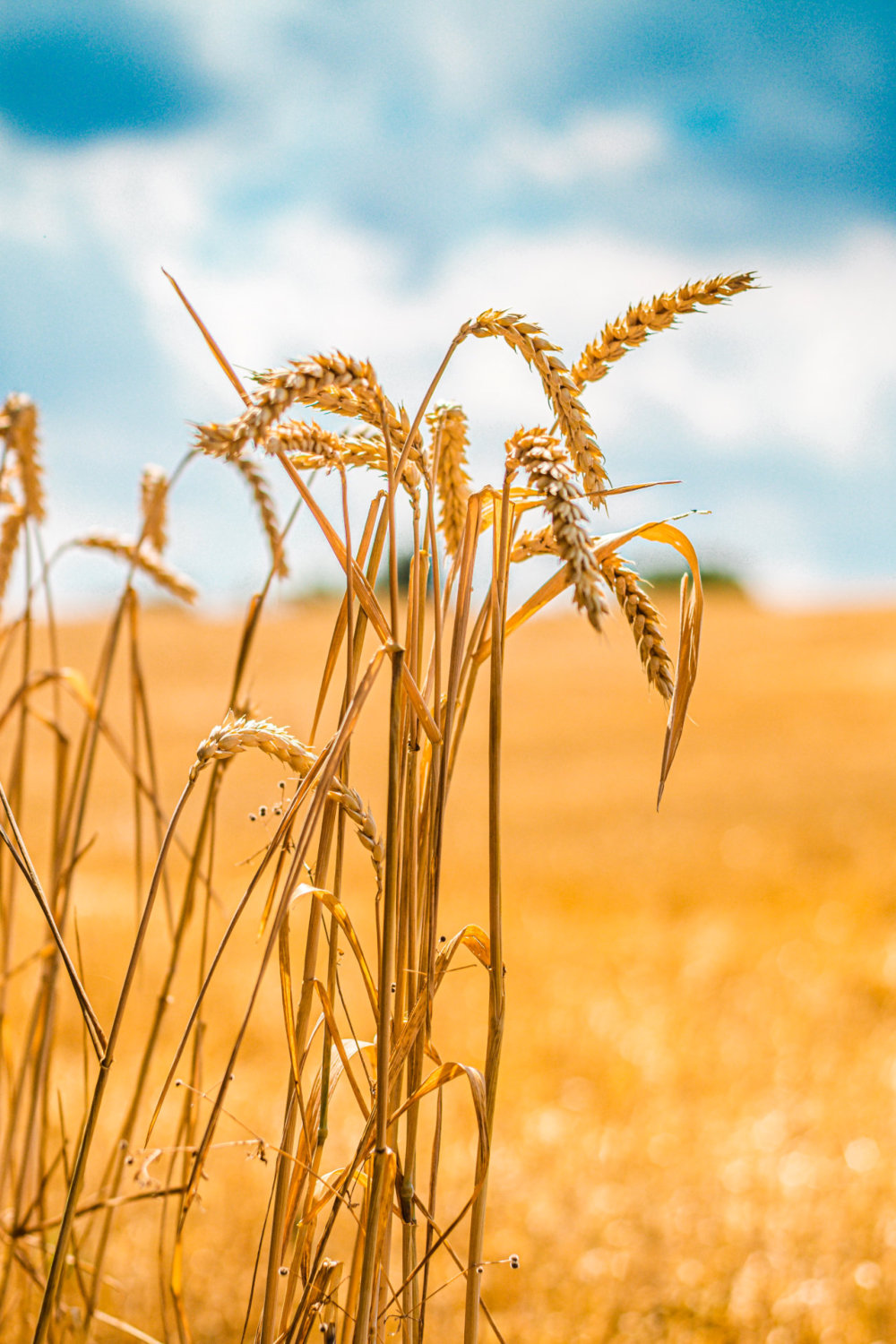