In late March, Russian forces swept across Ukrainian borders heading toward Kiev, hoping to capture the capital and drive the government into exile. The Ukrainian response caught the Russian off guard, and paratroopers seeking to occupy a nearby airport were driven off. The friendly Ukrainian the Russian security services and spy agencies had promised the Kremlin would welcome them with open arms were few and far between. Russia’s advance was not the expected victory parade they expected but a shooting gallery where lines of tanks and trucks made easy targets for Ukrainian artillery and soldiers armed with NATO anti-tank missiles.

Six months later, the countries remain at war, with both sides having lost tens of thousands of soldiers. Kiev is no longer under immediate threat of being overrun, but Russian troops occupy large swaths of Eastern and Southern Ukraine. Russia has suffered some surprising losses, including the loss of its flagship in the Black Sea, the destruction of approximately 1,800 tanks, and attacks on fuel depots and airports in Crimea.

Sanctions applied by the United States and most European countries are pinching Russia, but they are also hurting Europe as Russia cuts back on its exports of natural gas and oil. This will result in gas shortages across the continent, sending Germany into a recession as the government stops supplying natural gas to industrial consumers in an effort to preserve what little natural gas is available for producing heat and generating electricity.

The bigger question is not whether Russia will win or Ukraine will defeat them, but what will this war lead to? Some would argue if Russia successfully annexes Ukraine, then the Baltics states are next, followed by Poland. Some think a war between Russia and NATO will erupt even sooner, especially if Russia launches missile attacks on Warsaw or London. The biggest fear is that Russia will resort to nuclear weapons.

Letting the nuclear genie out of the bottle changes how warfare is fought. it also changes the face of the world. It will be a good time to be a prepper and a bad time to be in the stock market.

A few people hope the war will end with a coup in Russia. The unanswered question is, how many more Russian need to die before the populace turns against the war? But with control over the media second only to China, the Russian populace isn’t being shown the truth. Then again, most of the Western media is reporting good news only and one has to search long and hard to find honest reporting about the war.

Meanwhile, NATO will be stronger with the addition of Finland and Sweden, countries like Poland and Germany will build up their military and all of Europe will buy Western weapons, many from the United States military industrial complex. Some would say this is the true purpose of the war, and that’s an argument that is hard to refute.

War as an Excuse

Meanwhile, war is a good excuse when there is less food on the shelves. It helps justify why we need higher taxes, a draft, or a bigger defense budget. (After all, we have to keep up with China’s hypersonic missiles and Russia’s bigger nuclear weapons.) Biden can blame Putin for high gas prices, for inflation and other policies Americans don’t agree with. War can justify further crackdowns on personal freedom, more censorship, thought police, and more doublespeak. (When is a recession not a recession? When Joe Biden says so.)

War is also a distraction. When something goes wrong, a breaking story on the war can steal coverage away from it. When the anniversary of the botched Afghanistan war rolls around, why bother to cover last decades’ war when there is a big new war we can spend billions on?

I feel like we are back in the 1970s with inflation, an energy crisis, and a bumbling president. The cold war ended for everyone but Putin, who has brought it back to life as easily as removing the stake from a vampire’s heart. Consumer confidence is down. Stagflation is brewing. The younger generations are rebelling. Instead of hippies, we’ve got zoomers. They had flower children; we have Antifa and BLM. Instead of an era of free love, we have an era of gender confusion.

Of course, we eventually pulled out of doldrums of the 1970s and things started looking up in the 1980s, but it didn’t happen overnight and it took President Reagan to turn things around. I don’t see a Reagan in the wings.

We are in the middle of tough times. The war is making it worse, but it is not our sole problem. Be prepared. There may be more to come. 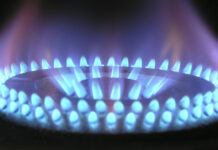