According to the fine folks over at AmmoLand.com, the ATF “is planning to force gun owners to register firearms with pistol braces as a National Firearms Act (NFA) ATF Form 1 item.” It appears plans are in the works for an amnesty period in which owners of guns using these braces, which are currently legal, can register them as short-barreled rifles (SBRs) at no cost and with no legal penalty. This is analogous to the amnesty period given to owners of unregistered machine guns in 1968.

Many machine gun owners treated the 1968 amnesty with suspicion, and some registered only a portion of their collection. Fifty years later, the registered guns have tremendous value while unregistered machine guns became huge legal liabilities and are better off buried off your property, only to be dug up after the SHTF when the ATF and the gun laws are the least of your worries. I would not expect SBRs to explode in value because currently you can still register a new one, which is not the case with machine guns.

While this may sound like a “reasonable” way to handle 4 million or more AR Pistols utilizing pistol braces, turning something legal into something illegal is never reasonable. It is also unreasonable for the ATF to make laws. That’s the role of the congress. The EPA recently lost a case at the Supreme Court in which they created a new law, which is in effect what the ATF is doing. The ATF may lose a similar case, but that will take several years to progress through the courts. Until then, we have to live with their rules, reasonable or not.

Another problem I have with the ATF’s apparent plan to convert a pistol with a brace into an SBR would make traveling with these guns more difficult than it is today. For example, I can keep my AR pistol concealed in my car and cross state lines, knowing my concealed carry permit covers it. Turning a pistol into a SBR takes way that flexibility and subjects it to rules related to rifles. Instead of legally having a pistol close at hand, a rifle has to be carried unloaded in a locked container, inaccessible to the driver. Traveling across state lines with a registered NFA weapons also requires submitting a form to the ATF more than 30 days in advance. What a hassle!

I have a 9mm AR-style pistol that utilizes a pistol brace. I acquired this gun in a private sale when I lived in another state, so the ATF has no record of my ownership. It we were to wake up one day in a regime where gun confiscation was the order of the day, that gun would not be on their list of items to confiscate. They might go to the prior owner, and perhaps he would say he sold it to me. However, he does not know my social security number, and I didn’t show him driver’s license. My name is not uncommon, so that makes it difficult to tie me to that gun. If I register this gun with the ATF, then they know I own it.

When a gun dealer goes out of business, they are required to send their sales record to the AFT. The ATF reportedly has nearly 1 billion gun records. Private sales mess with that data. I’m in favor of messing with their data because they could use a list of guns and their owners in the future for confiscation. We already have ATF agents going door-to-door trying to get people to turn over their forced reset triggers, solvent traps and to make sure they are not acting as unauthorized gun dealers. Do we need to give them another reason to assault our rights?

It is important to note that it is the brace that the ATF is apparently going to make illegal, or at least illegal on a gun without a $200 tax stamp, not the AR pistol itself. (We should know more by year-end, meaning after the election.) People built and owned legal AR pistols before the first pistol brace was created, and they should be able to do so, as long as it does not have an arm brace. If I want to keep my gun off the ATF records, I can simply remove the existing brace and either destroy it or keep it off site.

Will I take advantage of an amnesty program? I expect I will. And once the guns receive their tax stamp and paperwork, I’m going to get rid of the flimsy pistol brace and put on a more robust stock, because an SBR is an SBR, and once it has a tax stamp, it should not matter what kind of stock it wears.

I have at least one extra pistol brace that is not mounted on a gun. I may buy a short-barreled upper from PSA, assemble another AR pistol on a stripped lower, and mount the stock, just to give myself an SBR without the need to pay the $200 tax. Since these guns will go into my firearms trust, I can pass them on to my daughter without a problem.

Should you take advantage of a possible amnesty program? Up to you. If not, take off the pistol brace and hide it well. If history is any guide, the ATF is likely to consider an AR pistol and a brace not mounted on the gun to be an SBR. 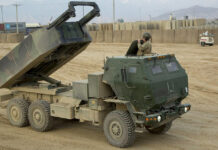