There is no debating that a great deal of propaganda has been circulated by both sides following the Russian invasion of Ukraine, but video of Ukrainian troops raising the blue and yellow flag across what was previously Russian-occupied territory is not fake. Even Russia has confirmed their troops have withdrawn to “regroup.” Any way you look at it, the speed at which the Ukrainian counter-offensive blew through Russian frontlines and freed significant chunks of territory from Russian occupation is a surprise. It also reinforces thoughts that the Russian military is just not that good.

Whether this changes the outcome of the war remains to be seen. Will Ukrainian forces be able to drive Russians to their borders? Even if they do not, the sudden reversal is a huge morale-boosting victory for the Ukraine and a tremendous loss of face for the Russians. Will it encourage Russia to the negotiating table? I doubt it. It would not surprise me, however, if this success motivates Europe to send even more weapons to Ukraine and to tighten their belts and throw on a sweater when the price of food and energy rise.

Whether it will change how Russian citizens perceived Putin is yet another question.

Speaking of questions, if I knew Ukraine was planning a counteroffensive, why didn’t the Russians? Reports are the front-line troops reported the buildup of Ukrainian forces and asked for support well ahead of time, but their leadership dropped the ball again.

Zero Hedge is reporting rumors Putin will “issue a full declaration of war” against Ukraine. But does he have more resources he can throw into battle?

It appears that Ukraine was very strategic in its attack, blowing up bridges and ammo dumps to deprive Russian troops of reinforcement and resupply prior to their attack. Then they encircled the cut-off Russian troops who then have little option but to run, surrender, or die. By moving anti-aircraft weapons to the front behind troops, Ukraine is reducing the threat of Russian airpower. Some videos I have seen appear to show Ukrainian pilots making occasional raids on Russian assets and infrastructure. Even Russia’s artillery has had little impact, possibly because they are in retreat or are running short on munitions.

I have to question if Ukraine found a tactical expert of their own to plan and execute their attack, or is this campaign being run by NATO experts (who are likely from the UK or U.S.)? If so, this Ukranian offensive provides a look at what second-hand NATO weapons, technology and strategy can do against Russian troops and equipment.

Either way, it will be interesting to see if this sudden turn of events has any impact on China’s decision to invade Taiwan. After all, Russia can use trains or truck to resupply. China has to cross 90 miles of ocean that is known for poor weather conditions.

Europe has a long history in which invaders have suffered greatly during the winter. The Russians should know that better than anyone after WWII. Perhaps this is why they are knocking Ukranian power stations offline.

In just a few months, cold and snow will settle in over Ukraine, and that will make it tough on defender and invader. It makes resupply more difficult. It can also be hard on equipment. While Russian troops are in the field holding onto their positions for four or five icy months, you can bet tens of thousands of new Ukrainian troops will be training in NATO countries. From what we have seen, it takes only a minimal amount of training to equal or beat a Russian conscript.

It’s going to be a cold and uncomfortable winter for all of Europe. We will feel the side effects in the U.S., but the pain will be worse across Europe. Whether that causes them to capitulate or double down remains to be seen. 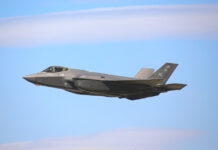