July was the worst month in our battle against coronavirus, with almost 2 million new cases in the U.S. and 7 million worldwide. 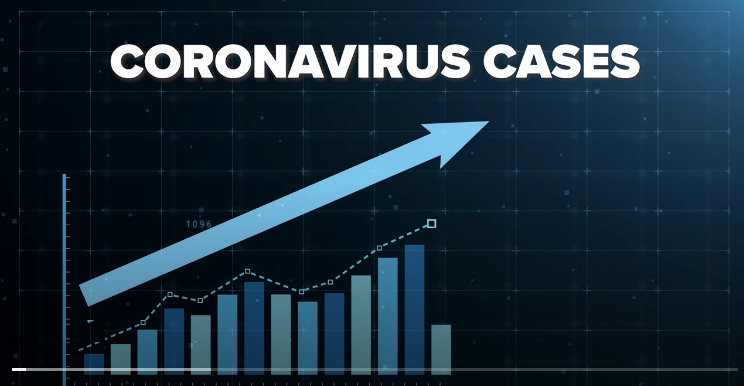 The 7-day moving average for cases per day seems to be declining while the deaths remain over 1,000 and are still on an upward climb.  Because deaths lag cases, it will probably be another couple weeks before see that number slow.

The big question is; what happens next?  Will we see a repeat of this peak as number steady and slow, only to grow again in the future?  That certainly seems possible.  COVID-19 hot spots seem to move across the country.  Maybe we’ll see it re-emerge in the Midwest or somewhere else.

In a remarkable turnabout, the number of states where COVID-19 cases are climbing has slowed to 25.  The New York Times tracking shows there are 21 states and protectorates where case growth is steady and eight where it is on a downward trajectory when viewed over the past 14 days.  This includes Florida, Arizona, South Carolina, and Texas.

Just 11 days ago, on July 20, the had 41 states climbing and only two decreasing.

Recently, the number of deaths in Mexico, which has a reported 424,637 cases, has climbed to 46,688.  Mexico now has the third highest number of COVID-19 deaths, behind the U.S. and Brazil, having pushed the UK into fourth with 42,204 deaths.