But one thing that has never changed is my commitment to the original premise: I am still prepared to kill anyone who seriously threatens me, my wife, or my children with death or grave bodily injury.  I am prepared to die to protect my family.  I’m prepared for other consequences as well, which is why I have USCCA insurance.

Over time, I’ve had to decide if I would shoot someone who broke into my house (yes, if they appeared to be a threat or were headed towards my kids’ bedrooms), threatened a co-worker (it would depend on the situation) or tried to carjack me (yes, because that is usually a deadly threat).

Thanks to the recent changes in our world, I now have to ask myself a whole new set of questions.If you carry concealed, you should do the same.

Here are some questions that gun owners, and especially those that choose to concealed carry, should consider:

The time for gun owners and people with concealed carry permits to consider these questions is now.  Give them careful consideration and reach your conclusions now so you can react appropriately if and when the time comes.

Everyone is entitled to their own answers.  What I decide to do in a given situation may differ from what you decide, and that’s OK.  Everyone’s situation is different.  The important thing is to not be caught in a quandary when the time comes but to have a plan and execute it.

Consider What you Carry

Given the current situation with mob violence, with increased tensions, with more anger on the streets than we have seen for 50 years, you should ask yourself if the gun you are carrying is sufficient.

Maybe you felt fine going around with a 5-shot snub-nosed revolver.  Ask yourself: Is that sufficient today?  Will five shots get the job done?

Traditionally, the answer has been yes.  In many confrontations, just presenting your weapon and showing the grit to use it may be sufficient to avoid the situation.  If firing is necessary, two or three shots is often all it takes, but those statistics are from confrontations between individuals, not one man and a mob.  Mob violence is a different story and you may need to defend yourself from multiple attackers coming at you from multiple directions.

You may find that going about your business at home a 5-short revolved or a 6- or 7-shot subcompact pistol is sufficient.  If you leave your house, perhaps a larger or additional gun is a smart call, or consider having a dedicated car gun.

In addition to thinking about what you carry, think about who else is carrying.  If you frequently travel with your spouse or a buddy, discuss some what-ifs and know what you will each do if you are suddenly attacked.  It is better to present a united front in the face of aggression.

I am all about avoidance.  After carrying concealed for more than 20 years, I am please that I never had to shoot anyone, and this is largely because I avoid trouble.  I don’t make midnight runs for fast food.  I don’t drink in bars.  You won’t see me on the corner buying illegal drugs.  I stay out of high-crime areas.  I don’t drive a fancy car, wear an expensive watch, or dress like I’m worth a million bucks.  These days, I stay away from places where protests are likely.

I know many of you want to be the gray man.  You want to go about your business without drawing attention.  The less someone knows about what is on your hip or in the gun safe at home, the better.  I’m fine with that. But sometimes, despite our best efforts, trouble finds you.

Unfortunately, the time may be coming when being the gray man or staying below the radar is no longer possible, for as Benjamin Franklin said, “We must all hang together, or, most assuredly, we shall all hang separately.”

We are all gun owners.  Gun owners need to stick together because no one else is going to stick up for us.  The NRA is in political and financial trouble.  The same weak-on-crime prosecutors that let protesters go with a slap on the wrist for throwing fire bombs at cops would love to lock you up and throw away the key, even for what is clearly justifiable homicide.

At some point, gun owners may have to act.  My advice is to be ready. Train occasionally, both with live ammo and dry firing.  Take your personal security seriously. I also recommend that your read Unintended Consequences by John Ross. 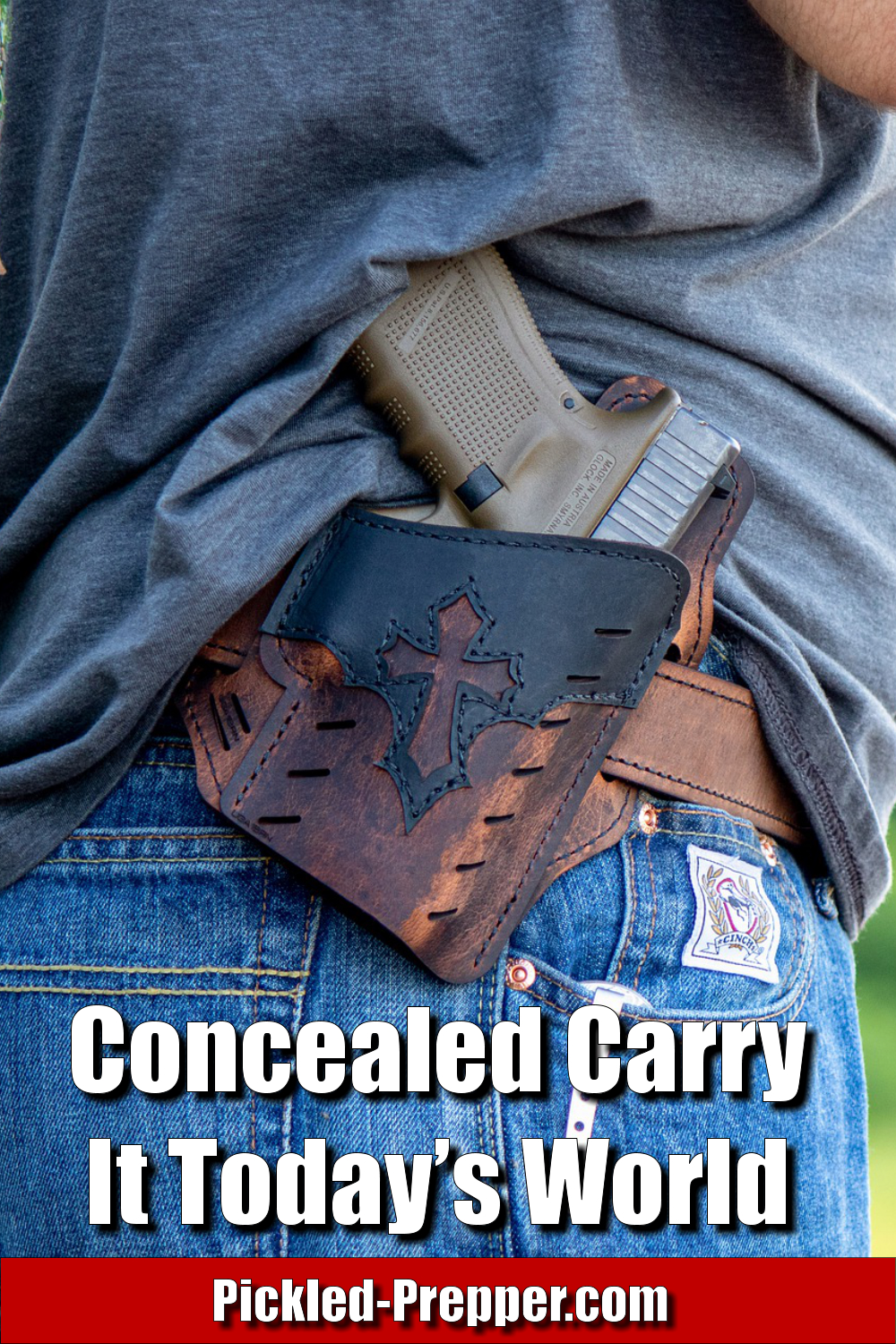