What have you done to prep this week? Pete was busy stocking up, cleaning up, firing up, and building out. 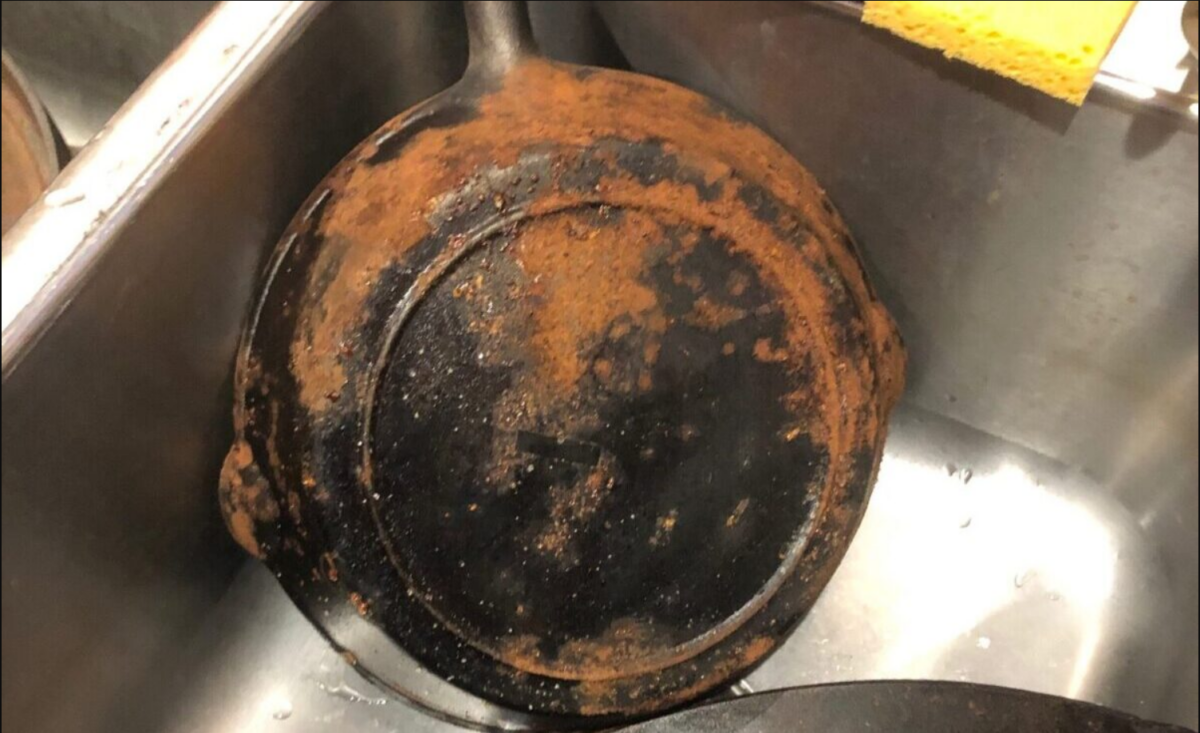 Today is day five of my trip to Pete’s Prepper Property, and I’ve done enough work inside and out that my back is sending me gentle reminders that I need a day or two off.  We’ve seen the last of the warm weather, but the sun is still bright.  I enjoyed its warming rays while splitting wood, making kindling, and winterizing our water supply with some heat tape, but I will admit that I put on a knit cap for the first time this year.

I hauled a pick-up truck full of gear up here and spent some time unpacking it consolidating all our supplies, which lead to spending more time than I expected de-rusting two cast iron skillets and a Dutch oven and then seasoning them so they will not rust again.

My busy week didn’t end there; it was filled with unpacking, sorting, fixing, building, drilling, sawing and other tasks, some on my list of things i wanted to do, some my wife asked me to do.

The wood stove came in handy as the temperatures dropped and I got plenty of practice with it. I also did some wood stove cooking even though it is not a cook stove. Nothing fancy, more proof of concept than anything.  It’s one thing to know theoretically that you can cook on a wood stove, it’s another thing to do it and note how long it takes to heat water or fry something.

Assuming I do my part right in adjusting the fire so that it burns well but doesn’t send all the heat up the chimney, the stove is burning two oak logs every 90 minutes to two hours.  I use my biggest logs at night and that leaves a few coals in the morning, just enough to re-start the fire without using a match.  I’ve been able to keep the basement at 70 to 73 degrees and the upstairs is 2 or three degrees cooler.  This is with daytime temps in the high 40s and nighttime temps in the 30s.  It will be interesting to see how this holds up during colder weather.  Thankfully, this attic has the most insulation I’ve ever seen in a house.

The bedrooms are colder, but I put the down duvet on the bed and have been toasty even when the room dropped to 62 degrees one morning.

I’ve made a rule of carrying a few pieces of firewood in whenever I come inside and my hands aren’t full.  That’s working pretty well.  I’ve also had to chop up some more kindling, something I can see needing to do weekly once we live here fulltime.  I need to get a giant log section to use as a chopping block.

I decided not to rent a U-Haul this trip after all, but I did load the back of the pickup up and then throw the wheelbarrow and the sawbuck up there and strap them down with ratchet straps.  I’m sure I looked a bit like the Beverly Hillbillies in their jalopy.

I also made a run to the local Walmart where I snagged canned green beans and canned corn for 38 cents each.  They weren’t on my list, but the end-cap display was too good to pass up at that price.  I also added more baked beans and some other canned goods.  This was my first trip to this Walmart, and I was surprised at how low the prices were compared to the store near our old house. Proof that the cost of living really is lower out here.

Despite wearing work gloves for much of the time, twice I have had to go into the medicine cabinet to treat small cuts on the fingers of my right hand.  The first cut is just below the first knuckle of my index finger, and it looks like a big paper cut.  Probably caused by the side of the tape measure when it shot back into the case.  I only figured this out because it happened again and the tape measure hit the injured spot, causing a flash of pain.

The cut didn’t bother me until I woke up the next morning and it was inflamed, sore with pink around the edges.  I treated it with hydrogen peroxide, which fizzed and bubbled, and then a dab of triple antibiotic ointment and a bandage.  I repeated this four times during the day and by the next morning, the infection was gone and the cut was healing nicely.

The second is on my pinky finger and I must have smashed it into something causing a small gouge. This time, I didn’t wait for it to get infected.  I washed it out with hydrogen peroxide, slapped on some ointment and a band aid.

I mention this because something as simple as an infected cut could slow you down and possibly even kill you in a post-SHTF situation.  A bottle of hydrogen peroxide is less than a dollar at Walmart.  You can buy their brand of triple antibiotic ointment cheaply, too, with two or three tubes in a pack.  There is no excuse not to have plenty on hand and another tube in your bug out bag. And as this exercise has taught me, those fabric Band-Aids work so much better than the plastic ones when it comes to fingers.

Using our Kill A Watt Meter

I’ve also been checking out our electrical consumption so we can do some solar power planning based on real data rather than estimates.  I was pleased to find out that the cable modem, WiFi router, and alarm system – all of which are on one UPS — draw a combined total of only 17 to 18 watts.

I plugged the refrigerator into the meter for 24 hours and it used a total of 1.53 kWh.  That’s more than the 800 to 1,000 watts I had estimated in my initial article, which just goes to show you why you need a Kill A Watt meter instead of relying on online articles and estimates.  I haven’t done the laundry, but that’s next on my test.

Right now, there is only one TV at the house, an older Sony that may be only 42 inches. It draws only 60 watts, which surprised me.  I was expecting a higher number.

It’s been a busy week; I’m glad Sunday is a day of rest. Enjoy yours!

If you enjoyed today’s entry, check out our full diary listing and catch up on missed episodes.