The path of a prepper is not an easy one. You must be an independent thinking, and able to act on your own when others don’t or won’t.

It’s hard to be a prepper if you are always dependent on someone else.  You need to be able to provide critical prepping supplies for yourself and your loved ones: Food, water, shelter, self-defense, first aid, and communications.  If you don’t have the resources or the ability to do this, then prepping is just an unrealized dream.  But start small and take small steps until you build up some momentum.  Done right, you can make strides towards being more independent and a better prepper.

Look at your preps.  Maybe you can only provide food and water for three days because all your preps are what you own in your bug out bag.  And that’s OK; everyone has to start somewhere.  So you can be independent for three days.  What can you do to extend that time period?

Maybe you can stock up at the grocery store, and soon have three weeks of food.  Maybe you can have a full pantry and then buy some long-term storage food to tuck under your bed.  That might give you the ability to be independent for three months.

But there is more to independence than being able to provide food and shelter.  Let’s take a look at these critical components to becoming independent.

The first step to independence is having enough money that you can survive for a while without an income.  That is financial independence.

When I was in Corporate America, I reached a point somewhere in my late 30s or early 40s where I had enough money saved up that I could walk away from my job.  That kind of “f-you” money not only gives you independence, it gives you power because you are beholden to no one.  If my boss or the CEO told me to do something that I felt was immoral or illegal, I could refuse because I had enough bank to survive if I got fired.

I recommend you save enough money to pay all your personal or family expenses for six months. That’s rent, food, utilities, car payments, everything.  Don’t count any retirement savings in this emergency fund – it should be accessible savings in a bank that you can draw on in an emergency.

In addition to giving you the freedom to walk away from a job you hate or a boss that is a loser, this gives you the ability to cushion the blow if you are laid off for economic reasons, if your company is acquired and you get let go in the process, or if you get terminated for any other reason.

Don’t expect to achieve financial independences quickly, but make it a long term goal.  Start by paying your debts, lowering your expenses, and aim to save a month’s worth.  Then aim for the second month.  You’ll find it gets easier.  I recommend following some of the best practices of Dave Ramsey to get your finances under control and start saving up.

Being a prepper is not cheap.  You have to buy and store stuff that you may never, or hope never, to use.  Being a serious prepper means you can’t drive a fuel efficient Prius because you need to own a large, four-wheel drive vehicle like an SUV or truck so you can bug out.

You may choose to invest in tools, clothing, and gear that you would not otherwise own.  You may buy property so you have a place that you can bug out.  All of that is expensive.

You can be a prepper on pennies per day, but it is far easier to be a prepper when you can spend thousands of dollars on it per year.

To become an independent person, the ability to think for yourself and not blindly follow others is critical.  You need to be able to make your own decisions based on your own assessment of facts, and you need to be able to burrow through layers of bullshit to find those facts.  You also need to be able to distinguish an opinion, which is something somebody feels or believes emotionally, from the truth.

Start by questioning what others say because they may not have your best interests at heart.  The best question when someone says something they think is “why do you feel that way?”  See if they have facts to back up their opinions.  Facts can be obtained by doing research. You can ask, “What makes you say that?” or “Who told you that?”

Don’t argue with them.  Just say something like “Huh, I didn’t realize that.”

Then do some research.  Look at the data supporting them and at the other side of the issue.  For example, do legally owned guns contribute to crime?  How can you know if banning assault weapons would reduce mass shootings if you don’t even know how many assault weapons there are and how many are used in mass shootings each year?  How can you know if cops are killing a disproportionate number of black men if you don’t know how many white, Asian and Hispanic men are being killed by cops?  Or what percentage of all killings are done by police?

When you do your research, look beyond the obvious.  Ignore the main stream media and look for academic studies.  Separate opinion from fact.  And when you find statistics, look at how they are presented.  For example, we used to rank those states hit worst by COVID-19 by the number of cases.  Now we are ranking them by the number of cases per 100,000 people.  How you look at data, and how you compare it to other data, matters.  To think for yourself, you need to be able to distinguish the difference.

While prepping is more popular than ever, it is far from mainstream.  You have to be prepared for your family and friends to look down on you, to question your decisions, and to pooh-pooh your concerns.  And you need to be a strong enough independent thinker to not be influenced by their normalcy bias.

If you talk about being a prepper – and we recommend you keep quiet about it for operational security reasons – people who you tell may make fun of you.  Your in-laws my say things behind your back, or even to your face, questioning how you live your life.  You will need to be strong enough to either not care and ignore them, or to convince them that you are right.

If you are clever, you can hide your prepping or camouflage it.  Those same critics may find it much more socially acceptable if you are a homesteader instead of a prepper.  So lie to them.  Tell them you want to grow your own, organic, GMO-free food, and use that as a cover story as to why you are moving into the country and starting a garden.  Tell them you need guns to shoot the critters raiding the chicken coop, just don’t tell them if those critters might have two legs instead of four.

Independence of action means that no one tells you what to do; you decide for yourself what your actions will be.  To a certain extent, it is easier to exercise independent actions if you have already achieved some degree of financial independence and can think for yourself, because jumping off the merry-go-round when everyone else is clinging to it takes determination and fortitude.

Independence of thought means you bug out before they tell you to evacuate.  It means you prepare when others party.  It means you decide to carry a gun knowing full well that you may one day have to use it, or possibly find it used against you.

Independence of action means you do not roll over.  When they tell you that you can only buy one carton of toilet paper, you send your wife to check out in another lane and pay cash.  When they tell you there’s a forest fire coming and you should evacuate, it means you can chose to stay and protect your property rather than abandon it.   And I some cases, it means that you may choose to willfully ignore a law, because you know the law is unconstitutional. It means that you decide what is right and wrong for you and live to your own moral compass.

Choosing to prep is, almost by definition, an independent action.  Your government doesn’t want you to stockpile food.  The powers that be don’t want you to treat your illnesses with veterinary medicines.  They don’t want you storing too much gasoline in a shed, and they frown on you having several thousand rounds of ammunition in your gun safe. They don’t want you to sell raw milk from your goats or cows, or home school your children, and will set all kinds of regulations defining how they want you to live and raise your kids.

To a certain extent, prepping means going against the flow.  All those scared sheople out there who close their eyes, cross their fingers, and tell themselves that everything will be all right because it always has been don’t want you reminding them that they might be wrong.

Whether or not you are a prepper, it is a delight to have the independence of thought to know when someone is feeding you a line of bull, the freedom of action to tell them they are full of crap, and the financial independence to not worry if doing so will cost you your job.

Every dollar you depend on that comes from someone else, makes you beholden to them.  Every lie you hear from the media and every time you conform to something that you can’t wholly buy into robs your freedom.  Stand up for yourself.  Fight back.  Prep, and make part of your prepping plan a pathway to financial independence, even if it means working two jobs or delaying some instant gratification. 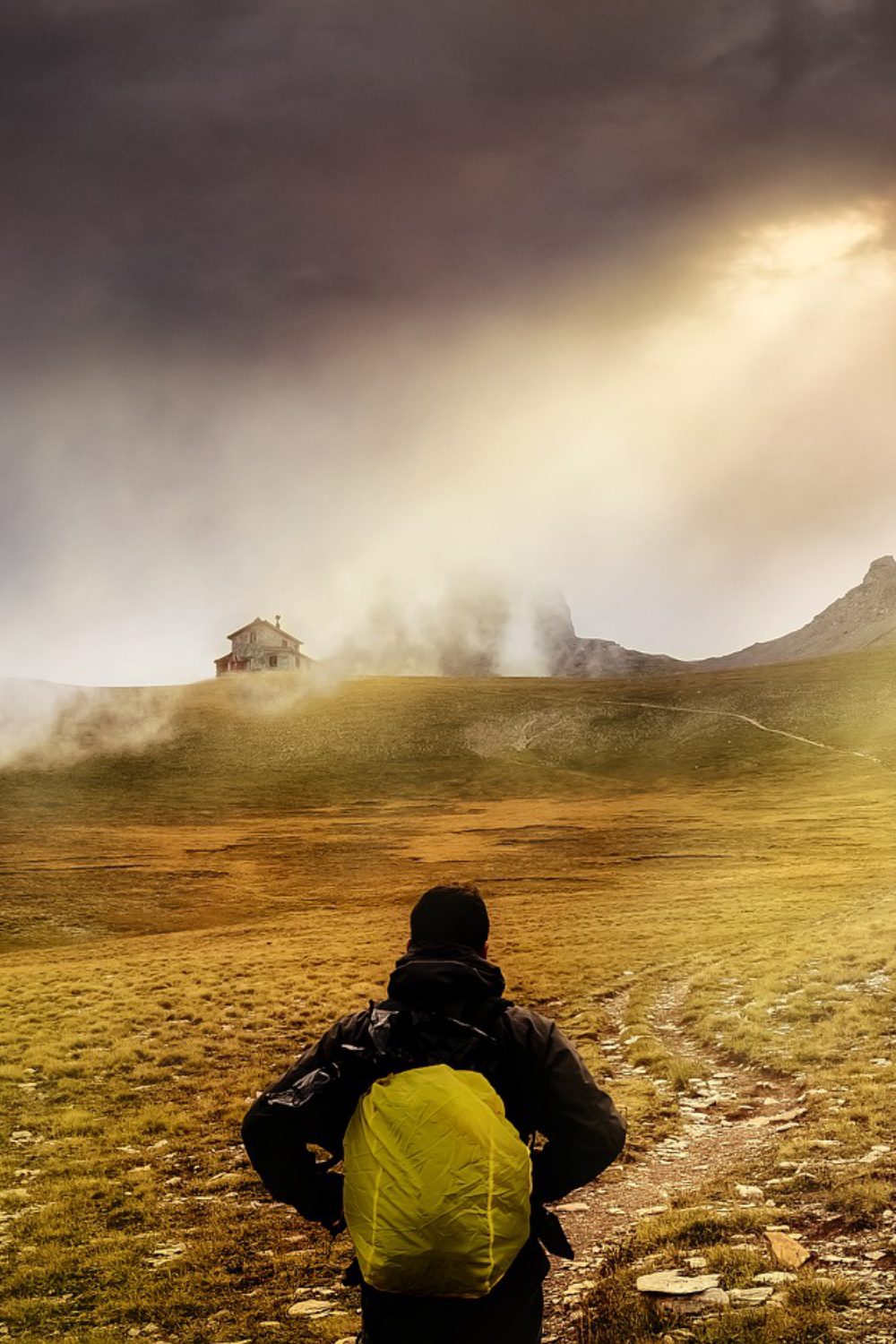