I know absolutely no one in this town.  So I fire up Uber, put in my destination, get a price of about $25 and wait. And wait.  They have no drivers, or at least no driver willing to go 18 miles up the Interstate. So I upgrade to the expensive vehicle, the XL, which is $45.  Still no luck.  I consider Lyft, but I don’t have the app on my phone, and I expect they share drivers out there in a small town.

I consider hitching a ride with a trucker. Corporate haulers don’t allow passengers.  It’s also not the safest option, but I do have a .38 in one pocket and a damn big folding knife in the other.  I’m not too worried about being robbed or kidnapped.  I decide that hitching – something I haven’t done since college – will be my fallback plan.

The realtor who sold me the house is probably 30 minutes away.  I consider calling him and imposing on his good will.  Then I realize that I have met people in town.  My friend Karl, who has come out with me a few times, has buddies in this area and we’ve stopped by to see them. So I call Karl.  He immediately volunteers to come pick me up, but he’s seven hours away.  I asked him if he can call his buddy and see if they’ll drive me to the rental care place.  About four minutes later, his buddy calls me and says his son is on the way to get me and will give me a lift.  Whew!  Saved.  I express my gratitude.

The kid picks me up. He’s a motor head, so we spend the 20 minute drive discussing trucks, Ford vs Chevy, gas vs diesel, etc.  He seems like a good kid.  When he drops me off at the rental car agency, he volunteers to wait while I go inside, just to make sure I’m good.  I go inside and the guy behind the counter nods when I give him my name.  He has my reservation, so I’m good.  I go back to the car, thank you young man, tell him that Uber was going to charge me $25, so I figure the least I can do is give him $40 as an expression of my appreciation.  He looks like he’s about to say that it isn’t necessary, but he gives me a quick grin and takes the cash.  I tell him to thank his dad for me.

Back inside, I ask the rental agent what is the biggest vehicle they have.  He points out a Dodge Durango and says, “That just came in.  Do you want it?”  I do, but they have to check it out and clean and sanitize it.  At this point, COVID-19 is the furthest thing from my mind, but this is not the tie to buck the system.  I tell him I’ll wait.

I call the U-Haul people and cancel the cargo van, with my apologies.  This is a different U-Haul location than I called to before, but once again the lady who answers the phone is very gracious and helpful.  She cancels the reservation. Then I call my wife and update her.  She’s had a call from Karl’s wife, so she knows I was getting a ride from his friends.  Before long, the Durango is ready.  I hang up, and I notice that my phone is down to 38 percent power.

The Enterprise guy shows me the vehicle and gets me checked out.  We fold down the rear seats. Finally, I’m back on the road.  Now I just have to rescue my stuff from the tow yard.

I call the number on the tow truck driver’s card.  It doesn’t work.  All sorts of dark thoughts start going through my head.  I call the second number, someone answers.  I explain who I am and he tells me to stop by.  If he’s not there, he’s out on a tow, but he parked my vehicle out front.  I punch his address into my phone’s GPS and I’m off.  I just have to get there before I run out of juice!

Now when I think of a tow yard, I think of a flat expanse of asphalt with a chain link fence and maybe some razor wire.  This two yard was actually his front yard.  They have maybe a dozen cars in various states of duress, then a cute little house behind it with a small dog that is barking like he thinks he’s big.  My truck is right there in front of the house.

I pull up to it and walk towards the house.  The driver’s wife comes out, we chat for a few minutes, and she tells me to go ahead and get my stuff.

The guns are fine.  I feel better already.

I also found my sunglasses. Not sure if I tossed them on the dashboard or if they flew up there all by themselves during impact, but it isn’t a place I normally stash stuff.

I take all the important, expensive items and then anything that might get damaged by the rain, including my car-survival kit, and slide them t into the Durango.  I can’t fit everything from a pickup in the back of a Durango, but I get about 70 percent of it in there before I head off into the sunset.

As I am climbing a mountain, I get a phone call I don’t recognize, but I break with tradition and answer it anyhow.  It’s my insurance company’s adjuster.   I warn him that I’m in the mountains and we could get cut off.  He asks me a question, I start to answer, and then I realize I’ve lost the signal.

I cross the mountain and roll into a town.  I pull into a shopping center, park, and go to plug in my phone.  The plug doesn’t work.  On closer inspection, the little white part on the lighting connector that goes into my iPhone had broken off in the collision.  Oh well, I call him back anyhow.  I give him information about the other driver.

He asks me who I think was as fault.  I tell him the same thing I told the police. I give him the police report number, but the report is not available yet.  He says he’ll talk to her insurance company and they will figure out who will handle the claim.

I’m down to 15 percent on my phone.  I’m trying to get off the phone, he drags it out. Finally, I’m on my way.  I make it there with no further problems.

I just want to eat and lie down, but I go ahead and unload the Durango first.

It’s been a long day.

Another Trip to the Tow Yard

The next morning, I throw two big cardboard boxes into the back of the Durango, and I make another trip to the tow yard.  The town where the accident happened is the site of the closes Lowes and other big box stores, so on the plus side, I am learning my way around.  I call the tow yard fellow and let him know I’m coming.

Once there, I not only get stuff out of the back of the truck, but I take every scrap of paper and personal items from the truck.  I clean out the center console.  I empty the door pockets.  Scrape stuff out from under the seats.  I end up with boxes full of things like maps, tire pressure gauges, bug spray, sunscreen, a pair of compact binoculars, and a dozen or so boxes of bullets in five or six different calibers.

The tow truck operate, who turns out to be a damn nice guy, helps me lift the tool box out of the back of the truck and slide it into the Durango.  It just fits with both rows of seats down.  That’s very helpful, because it’s full of gear, from tie down straps and bungie cords to a hatchet, some MREs, a wool blanket, and other car and prepping-related gear.  Since I am able to take the whole thing with me, there’s no need to unpack it.

The driver suggests I take my license plate, and I do.  Then I head back into town, stop off and buy a dozen donuts, and drop them off at Karl’s buddy’s place of work, just as a thank you.  They look so damn good that I get an extra donut just for myself.

It’s only when I get back to the prepper property that I realize I left my garage door opener on the visor in the old, damaged truck.  I figure I can stop by and pick it up on my way home in a couple days.

I had a whole bunch of things I planned to do at the house, but I just take a nap instead.  What I need most is a day off. 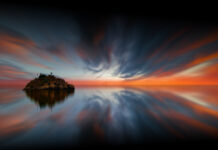