I have made the trip back home safe and sound, which is a relief after my last excursion!  Passing through the intersection where the accident happened, even though I am driving the opposite direction, is a bit of a weird feeling.

In any case, I made it back to the tow lot on Sunday and picked up my garage door openers.  I also found a phone headset I had left in the vehicle.  No idea how I missed that the first time.

Thanks to all for your patience when I missed a day or two of posting.  It was a rough week!

While I was at the prepper property, I did get to use the wood stove insert in our upstairs fireplace, and it worked well.  I was able to raise the temperature from 55 degrees to 75 degrees in just a few short hours.  It easily heats the great room and kitchen and warms the master bedroom as well.  It also burns all night and leaves a bed of coals which can be used to ignite a new fire in the morning just by throwing on a few logs.

The fireplace insert uses a secondary burn or “clean burning” system to increase the wood-burning efficiency.  This blows fresh air into the top of the firebox, forcing the smoke back down so the impurities in it are ignited by the coals, generating more heat. These gases would otherwise go up the chimney and be wasted.  It’s neat to watch through the glass door because it looks like flames are magically floating round the top of the firebox.

The only downside of the insert is that it uses a blower and requires electricity. Looks like this device will have to go on our short list of circuits to be powered by a future solar power system.  I just have to find out how many watts it requires.

We have a nice mix of wood-burning options: A large old-fashioned wood stove in the basement that does not require electricity and can be used to heat a pan or boil something in a stove, and a modern high-efficiency wood burner upstairs that requires electricity but is more efficient and noticeably miserly with the wood.

On Monday, I had two additional calls with the insurance adjuster.  He tells me that he called the other driver and interviewed her, taking a recorded statement.  His report confirms that made by the police officer.  She says she was following the car in front of her and wasn’t really clear on whether she actually had a green turning signal or not.

“We see this accident all the time,” the adjuster tells me.   Apparently, when drivers aren’t paying close attention, they hit the accelerator when the car next to or in front of them goes, responding somewhat automatically.  If their light isn’t green, the result can be an accident.

Surprisingly, the other driver had not reported the accident to her insurance company.  I don’t know why you would wait three days after totaling your car and not report it.  My adjuster actually had to call them, report the accident, and get the claim going.  He figures her insurance will be covering my claim and reimbursing me, so they need to send their adjuster out to look at the vehicle, confirm that it is totaled, and issue me a check.

Problem is, they need my title to issue a check.  Where’s the title?  In the safe at the new house.  Where am I?  At the old house.  I wish he had told me this before I left.  Oh well, I’m planning to go back in any case.

Earlier today I went truck shopping, looking at Ford, Chevy and Toyota.  I have driven the Silverado, Colorado, Ranger, F-150, and Tacoma. (I’ll have to hit Ram another day.)  I know I want a four-wheel drive truck with an extended or double cab.  I’m willing to consider either a full-size truck, like the Ram 1500, or a mid-sized, like the Toyota Tacoma.

I was prepared to love the Toyota, but was surprisingly underwhelmed.  I liked bott the Chevy and Ford, but I am concerned about the longevity of the Ford engines due to their reliance on turbochargers to add power while keeping mileage low.  The twin turbochargers on the Ford F150 seem like an added complication and possible point of failure.  That might be an issue ten of fifteen years down the road.  I am not a mechanic, but I can’t help but think a turbocharged engine would be harder to maintain in a post-SHTF period than a standard V6 or V8.

Also, Consumer Reports rates the 2020 Ford F-150 only 1 out of 5 for reliability. In comparison, the smaller Ford Ranger was rated 4 out of 5 and the Chevy Colorado was rated a 5 out of 5. Is because of the turbo? Who knows, but a 1 out of 5 is scary when you plan to own your vehicle for a long time.

I am debating the benefit of diesel vs gas.  Diesel gives you more torque, which would be good for mountain driving.  Being almost an hour from the Interstate, the ability to climb mountains is more important than the ability to accelerate to from 45 to 75 mph to merge onto the highway or from 65 to 80 to pass another vehicle.  Most of our miles are going to be on local roads where the speed limit is going to be 45 or 55.

In our new lifestyle, towing and hauling may also be more important than acceleration.  While we do not expect to do much off-roading, that capability is good since we will be on dirt roads, crossing streams and perhaps climbing rocks.  Performance in the snow may be the most important thing, but that’s hard to test until it actually snows.

The above says “diesel.”  The problem is that diesel trucks are more expensive to buy and more expensive to service and maintain.  It also means an entirely new infrastructure to support.  Just like buying a new caliber of gun means needing to lay in a stock of ammo, buying a diesel truck means I need to start storing diesel fuel.  I’m already storing gasoline and kerosene. Not sure I really want to add to it.

The best way to address the cost issue may be to buy a used truck.  I’m going to have to see what is available out there.  Depending on the mileage, I’d probably be good with anything from 2017 or later. 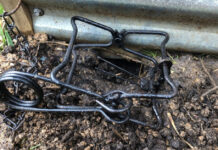 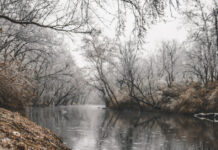 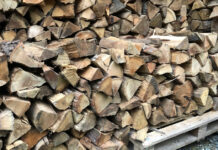 Firewood and Desperation Before and After the SHTF