Editor’s note: I’m writing this late at evening of the 6th when it looks doubtful that President Trump will be able to pull out the election.  I’m writing it with the presumption that he will lose, whether or not he admits it.

In 2016, I voted for Donald Trump because there was no way in hell I wanted to elect Hilary Clinton.

On November 3, I think a few million people voted for Joe Biden because there was no way in hell they wanted to re-elect Donald Trump.  They voted for Republican senate and house candidates, but just could not bring themselves to vote for Trump.

If Trump loses the election, as it looks very much like he might, he has no one to blame but himself and his bombastic attitude which too many people just could not ignore long enough to see all the good his policies did.

And that’s too bad, because I think Donald Trump did great things for this country, including strengthening our military when we were weak, pulling us out of bad international agreements,  stopping the erosion of our sovereignty, and bringing us energy independence.  He put China and the world on notice that we were not going to let others take advantage of our good nature any longer and he stopped the inflow of illegal immigration while building the strongest economy we have seen in decades.  Most importantly, he appointed three conservative Supreme Court justices and hundreds of lower court judges.  Unfortunately, he was unable to drain the swamp enough to make a long-term difference.

President Trump didn’t like being told “No” and he didn’t realize that being president wasn’t the same as being The Boss.

While you might argue that Trump didn’t know the rules of Washington and never fit in, I would argue that he knew the rules, or at least had people who did, but he chose to ignore them.  He refused to help people save face and throw them a bone.  He ran roughshod over people in his way, creating enemies in his own party as well as the other side of the aisle.  Unfortunately, a strategy that worked in business where he was the CEO did not succeed in government where he headed up but one of what are supposed to be three equal branches.

Regardless of whether you hate Trump or love him, and I think there is very little gray in between those two extremes, I think his presidency showed us exactly how badly Barack Obama governed.  Trump set a high bar, and I doubt that Joe Biden and the Democrats will be able to come anywhere close.  Under Biden, the economy will not grow as quickly.  Taxes will increase, but the deficit will continue to rise.  We’ll probably all be locked down thanks to “science,” which will hurt the economy even further.

Overseas our enemies will smile while trying to stab us in the back and our allies will smile and then try to take advantage of us.  Don’t be surprised of Russia and China end up making bold moves, knowing that the new president has been wrong on foreign affairs for his 47 years in office and certainly lacks the functional brain cells to do anything about it now.

While Trump may have lost the election, the Republicans appear to have held on to the Senate and made significant gains in the House.  That is probably the most important positive to come out of the 2020 election.  There was no blue wave.  Defunding the police is not a winning strategy.  President Trump held socialism off for the four years he held the office, and probably for some time beyond that.

Have you ever worked somewhere and an employee left, and only then did you realize all the things they did?  I expect it will be like that in a few years.  Citizens will notice that Trump got things done only after he is gone. We’ll go back to the plodding economic growth of the Obama years.  Manufacturing jobs will shrink. We’ll have another real estate collapse because no one will be able to pay their rent or mortgage.  The stock market will not grow as fast, or maybe not grow at all. We’ll see food prices rise, but the government will tell us inflation is low.  (Our pocketbooks will know it isn’t.)  Welfare programs will gain participants as many of the jobs lost due to COVID-19 don’t come back, even after there is a vaccine.

And when the 2022 mid-term elections take place, more Republicans will win seats in the House and Senate, which is generally what happens in mid-terms.  In fact, the Republicans could even gain control of the house.

For those that keep their job and still have an income, life will go on.  The rich will continue to get richer, the poor will unfortunately get poorer, and the middleclass will slowly lose purchasing power. Costs will rise faster than incomes and it will become harder and harder to ensure your kids have a better life than you did.

But the worst socialist ideas will have stalled.  The Blue Wave was a false alarm. Legislation must be passed by both houses, and that means they won’t be able to pack the court or make Washington DC and Puerto Rico into new states.  The deadlock will remain.

You could argue that the system is broken, but I think it is working as intended.  It is keeping presidents from both parties from being too extreme and making changes too rapidly.  One day, Washington may remember how to work together and compromise, but I will be shocked if Joe “I’ll be president for all Americans” Biden is capable of ushering in a return to that era.

Prep for the Long Run

For preppers, like the rest of the country, not much will change in the short term. Guns and ammo will stay scarce and executive orders will make things tighter.  Battles will be fought in the courts but hopefully not the streets.  If you pay attention, you will see the slow collapse of our society happening right in front of your eyes.  It started with moral decay and continues with entire generations who have a sense of entitlement and are unable to problem solve, use logic or reason, and believe being “liked” in an artificial environment will bring them lasting happiness.  I’m just glad my kids are sensible and I encourage you to raise yours the same way.  (Private schools or home schooling is a good start.)

If you are serious about preparedness and surviving the inevitable systemic collapse, I recommend you move towards a self-sufficient lifestyle.  Find a way to work outside the city. Homestead.  Raise livestock.  Plant a garden. Save money. Buy tools.  Squirrel away food.  Build your skills and gain experience.

Good luck to us all, and God bless. 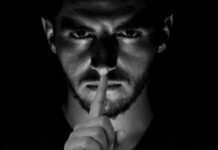 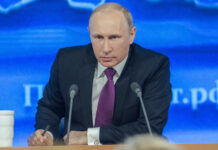 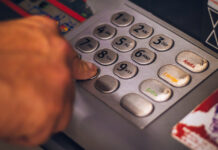 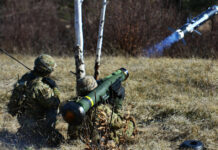