Many people expect that the government or someone else will rescue them after a natural disaster or other calamity, but that may not be the case. 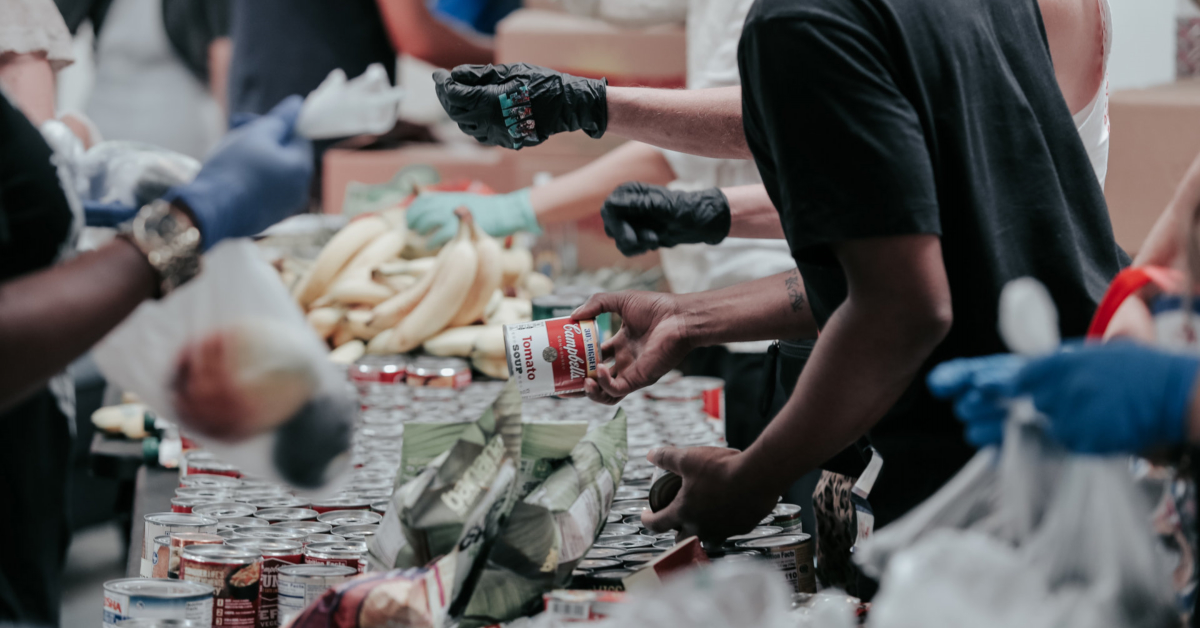 Many people don’t think they need to prepare because they expect that they will be rescued by the government. All they need to do is hang on until help arrives.

For example, if your area is hit by an earthquake that knocks down elevated highways and bridges, breaks water mains and gas line, and causes damage to house and buildings, help will certainly arrive from areas that are outside the damaged region.  Likewise, if you live in a coastal area and are hit by a hurricane, rescuers might show up in a helicopter or a boat and take you to a shelter.

Once you are rescued, you and whatever you could carry in a single bag, will be taken to a shelter, which are often rows of cots in a high school gym or other public facility. You will be fed institutional cooking at long tables and sleep in huge rooms filled with hundreds of other refugees.

If your home is destroyed, the Red Cross will get you a few changes of clothes and maybe put a few dollars in your checking account.  FEMA people will show up, put your name on a list, and you eventually may get a cheap loan to rebuild.  Hopefully, the shelter will have a place where you can recharge your phone so you can reach out to your friends, family, and insurance company.

If you are satisfied with living like a refugee, then the policy of waiting for help to arrive is for you.  Stick with it and just hope that there is not a national or global emergency that prevents people from neighboring regions from saving you. Personally, I prefer to take care of myself, not rely on others.

Massive Disasters Leave No One to Help

The vast majority of disasters are natural in origin and affect only a relatively small area.  This can vary from a few square miles hit by a tornado to a few states hit by a blizzard, hurricane, or ice storm.

Occasionally, there are natural disasters that occur on a much larger scale.  The dinosaurs were reportedly killed by one (an asteroid strike).  A super volcano like the Yellowstone caldera, which last erupted 630,000 years ago, is another example and previously covered half the U.S. in ash and cause global weather changes.  Even a solar flare, like the one that erupted on the far side of the sun a week ago, could hit the earth, knocking out many of our electronics and disabling satellites.  As we’ve seen in the past year, a pandemic can have lasting, global consequences.

There are also possible man-made disasters that can affect large geographic areas, including as nuclear war, an EMP strike, or the use of biological warfare agents.

In the event of a disaster like this, there may be no one who can reach you to provide aid.  There just aren’t enough National Guard helicopters or MREs available to save half the country.

You Can’t Count on the Government

In these scenarios, the “wait until help arrives” plan also fails. It also fails in a slow-moving disaster that affects everyone, like COVID-19 .  For example, when there was no toilet paper on the store shelves, FEMA wasn’t there to bail you out.  When the store ran out of canned soup and the meat aisle was bare, the government wasn’t flying in replacements.  In fact, they didn’t even have enough masks to adequately supply the medical workers.

You can only count on government assistance when the disaster is small and localized. Even then, the disruption can be significant, derailing your life, and setting you back economically.

Sometimes You Gotta Help Yourself First

We are blessed to live in a modern society where people can and do help out others.  Sometimes your friends will reach out, but it is often a stranger or a charity.  Unfortunately, that help may dry up when resources grow short and there is not enough to go around.  Most people are going to take care of their own before they reach out to a stranger.

The pressure food banks are under right now is an excellent example of how there are limits to what can be done when demand for resources doubles.  Food banks around the country are seeing tremendous increases in demand and are running out of food.  If the economy gets worse, as is likely as more employers close due to new lockdowns, demand will increase even as supply dwindles.

Prepping for a few days will not help you when there is a recession.  It will not feed your family if you lose your job.  It will not provide a cushion if we experience inflation.  And it certainly will not save you if an EMP knocks out power to 75 percent of the country.

Prepare yourself for the worst disaster you can imagine and you will find that the minor emergencies like blizzards, earthquakes, and hurricanes, are no threat at all.  You may also be in the position one day to help others.

If you liked today’s article, you should read How to Be More Independent and Why it will Make You a Better Prepper.