Despite the recent warm weather, we find that winter is not over as temperatures turn colder and fog heralds the arrival of rain and snow. 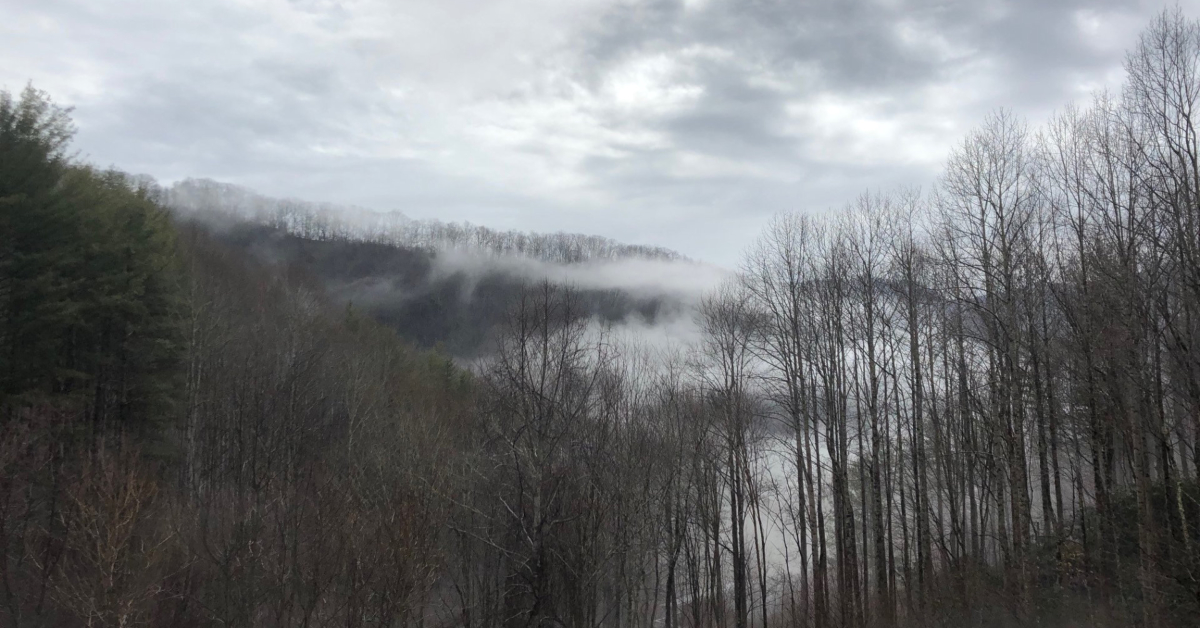 Happy St. Patrick’s Day! My wife is making corned beef for dinner tonight, and I am very much looking forward to it. We will also have soda bread scones and it would not surprise me if she makes cabbage. She briefly bemoaned the lack of green beer, but that I will not miss.

While we are not getting the two-to-four-feet of snow they had in Colorado and Wyoming, it has turned colder and wetter, making things damp and chilly with an occasional coating of fog. These are the blah days of March, when it is neither roaring like a lion nor mincing like a lamb.

We knew winter was not over, but that doesn’t mean we were looking forward to its return. Making matters worse, it is the time of year to do our taxes, something I never enjoy. Thanks to our move, it is often taking three weeks to get mail forwarded from our old address to our new P.O. box. That means our incoming tax documents are late. Ah, the joys of paperwork.

At some point, I will put on warmer clothes and start working on carpentry projects in the garage, but after spending most of yesterday out and about, I am enjoying lazing about, reading, and listening to the wood stove tick as it heats up.

So far this year, we have burned about five full cords. Knowing this spate of poor weather was coming, we brought multiple loads of firewood inside so they will stay dry. While daytime temps were in the 50s, two lonely logs would keep the room in the low 70s. Now we are back to requiring three or four, which is still less than the five or six you need when it is 20 degrees or less outside.

When it is warm out, we let the fire die down to ashes and then we throw on two logs. It takes some time for them to actually catch and create a burst of warmth. Then we let them die down and become the next set of ashes. We have to be careful not to over-do it; one evening it reached 76 in the basement — a bit excessive.

When it is colder, we have to keep the firebox stoked up. Ash is still important, but we need to frequently add new logs on top of the ash. When it is extremely cold, we have two layer of logs burning for much of the day. This really cranks out the heat!

When you have to carry each piece of wood into the house and then manually feed it into the stove, it gives you an excellent first-hand feel for how much fuel is being consumer. When the fuel flows in through the pipe or electric cable, you have no idea how much you are consuming until the bill comes. A wood fire you must feed yourself drives home the message that you burn many times more fuel when it is 20 degrees and windy outside than when it is 50 and sunny.

To follow up on our mention in yesterday’s COVID-19 article of the AstraZeneca vaccine being suspended in a few countries, Italy, Norway and Denmark have now been joined by European powerhouses Germany and France. How long will it be before all of Europe suspends use of the AZ vaccine? Do you want to be the politician who allows it to kill people in your country while it has been suspended elsewhere?

More importantly, what is the real problem? Is it the vaccine itself or problems associated with rushing it to the market? My guess is that the science of the vaccine is probably good, but the production is at fault. That means the problem can be fixed, but who will trust it and want to take it then when there are alternatives? This is another black eye for the EU’s vaccine rollout.