A judge in Hennepin County on Friday ordered Minneapolis to hire more police officers, a decision detailed in this article in the Epoch Times.  They are supposed to have about 55 more active officers by June 2022 than they have today.

I doubt the judge realizes what a very difficult task this is. I do, but only because I’ve worked with law enforcement and seen 15 to 20 academies in different agencies, including large sheriff departments, state police agencies, departments serving large cities, and academies run by community colleges.

Let’s examine why this is an enormous task, and what this means for the future of the country.

Few People Want to be Cops

After the defund the police movement, after the number of officers suspended, fired, or charged for doing what they thought was right and were often trained to do, is it any surprise that fewer people today want to become police officers than ever before? Having people call you names, spit in your face, throw bottles and rocks at you, set your car on fire, and possibly ambush you is not something people want to sign up for.

The reason the Minneapolis Department is under-manned, like many others in large cities, is that officers took early retirement, left for jobs in smaller (and safer) municipalities, or quit to look for another line of work after the George Floyd riots.

Not all Candidates can Meet the Standards

Before you can even be accepted into the police academy, you must meet demanding physical standards. Many youngsters are too fat and out of shape to pass the test. Too many video games and not enough sports.

They also have to pass a background check. Young adults who might make good police officers can be disqualified for arrests for things like underage drinking, smoking pot, and other minor offenses. (This may vary by department and they can waive some standards if the department is desperate.)

The Academy is Hard

The Police Academy is no walk in the park. Cadets are tested physically, emotionally, and intellectually from day one. I know of academies where half the cadets drop out, some of them in the first week, or even the first day, because the drill sergeant yelled at them. Why do they get yelled at in the academy? Because they are going to get yelled at on the street. They need to learn to take it, manage their anger, and not lash out. Snowflakes can’t handle this treatment, so they quit and go home to mommy.

The academy also has academic standards. Cadets who fail a test often get one chance to make it up and if they fail a second time, they are kicked out. Why? Because having an officer who is on record for failing a test becomes a liability for the city in which he or she works. Same with officers who cannot pass the firearms qualification.

Cadets who pass the academy then have to undergo a period of training in which they accompany a field training officer on the job. They now have to apply everything they learned in the classroom in a real world environment. This tests their judgment and common sense, and some people fail that test. During this period, some new officers realize they can’t handle the job, and others are given a thumbs down by their training officers.

That’s Too Many Officers

If Minneapolis needs 55 new officers, they will need to recruit 150 viable candidates. That means they probably have to run three academies of 50 people each, which will present logistical challenges.

Why so many? Because half or more will drop out and over the course of the next year, more officers will retire or leave the force, go on disability, or take a medical retirement. So they need 55 today, but there might be an additional 20 or 30 openings by the time the judges deadline rolls around.

It’s Going to be Expensive

The judge ordered the city to “take any and all necessary action to ensure that they fund a police force…” That means all the money Minneapolis transferred away from the police department is going to have to come rushing back in, plus a big chunk of additional funding to pay for all those bonuses and raises. Will the city do this? My guess is that the city council will drag its feet and will fail to meet the judge’s deadline. They will complain, point fingers, and blame everyone but themselves.

It will be interesting to see what happens then. If a municipal school system cannot meet standards, the state takes it over. Could a judge take away the city’s power to fund and mange the police department?

We Need More than Just Cops

There is no doubt in my mind that most large urban municipalities need more cops, but they also need tougher prosecutors who are less willing to plea bargain and throw out charges for lessor offenses. If cities like Minneapolis, Chicago, and New York want less crime and fewer murders, they need to get tougher on criminals. They need to stop letting them out with little or no bail so they can commit more crimes.

As we said a couple weeks ago, the pendulum needs to swing back to the middle. “Criminal justice reform” is now a proven failure. Going easy on criminals just creates more crime. Let’s get tough on crime and lock up people who break the law, especially repeat offenders.

That includes getting tough on protesters and rioters. Lock them up, throw the book at them, and prosecute them to the fullest extent of the law. Then we’ll see how many decide to go to the next riot.

Crime is a serious social issue, and reducing it via stricter policing and prosecution may be the only thing that can save our cities. 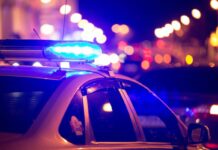 Criminals and a Lack of Consequences 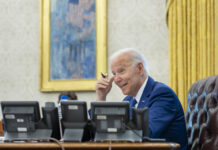 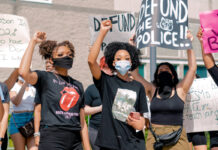 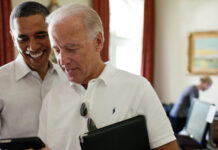