I haven’t trusted the media for a long time.

In the 1980s, I subscribed to the New York Times and read it every day until some point in 2003, when I got fed up with their slanted, pro liberal news coverage. I switched my subscription to the Wall street Journal, which I still read daily.

They have good news coverage on business topics, and I trust them far more than the NYT, but I don’t trust them 100 percent. They take a conservative approach to the news. While that’s better than a liberal one, and I may agree with it, it’s still a slant. I would prefer they report the news and leave its interpretation up to the reader.

Network TV news coverage? Forget about it. Cable news? More slanted than the New York Times. I don’t even watch the local networks unless there is a big weather event or other pressing local news.

Today, the most news sources have gone from leaning one direction to operating like a public relations agency for either the left or the right. It’s all spin and talking points, with very little investigating. They don’t report, they just repeat, and that’s bad for the country.

I Don’t Trust the FBI

The FBI used to be seen as a paragon of virtue. Dedicated law enforcement officers, patriots in suits and close-cropped hair riding to the rescue. Today? Not so much.

Not only have they become political (think Hillary Clinton email server and Russiagte), they blew important investigations like the investigation of Larry Nasser for sexually assaulting the woman’s gymnastics team. Now some of this may be the fault of James Comey, who embroiled the FBI in politics during an election year, but I think it goes further back than that. I think the FBI’s problems started when they got involved with the ATF at the Ruby Rich incident and with the Branch Davidian’s compound outside Waco, Texas.

In fact, let’s broaden that from the FBI too much of the Federal justice system. So many alphabet agencies armed to the teeth, and for what? They will tell you it is to enforce the law (or regulatory codes) but I think it’s really to threaten and intimidate people.

I think the Justice Department has lost its objectivity and its members are more interested in getting ahead by pleasing the right people than by doing the right thing. When you look at the contrast of how people in the January 6 protest have been treated compared to those who attacked Federal buildings in Portland, you can see how politics has affected prosecutors.

I think Dr. Fauci has done irreparable harm to the reputation of the CDC, the FDA, and the rest of the Federal healthcare systems. The country used to trust these doctors to do the right thing, to make the best decisions and recommendations. No longer. Dr. Fauci, his dubious investments, ties to the Wuhan Viral institute, his constantly changing recommendations, and his outright lies.

One of the very few benefits of social media and YouTube is that it is very easy to post someone’s statement from two weeks or two months ago next to their most recent statement and see that they are inconsistent. This has happened to Dr. Fauci repeatedly.

This one should go without saying.

The higher the elected office, the less I trust them. I believe most people get into politics for one of two reasons: because they want to change the system and think they can do it better, or because they want power and politics is one way to get it. The second is bad, but when the two overlap, it’s the worst because then you get power-hungry people who want to change things, usually for the worse. Unfortunately, too many well-intentioned politicians get sucked in and corrupted by the system and promises of wealth.

I’m willing to trust small school boards, if their kids go to the public schools, but not school boards in major cities where such a position is highly political and can lead to running for city council. I don’t trust our public schools, or universities. Mayors? Again, the bigger the town or city, the less I trust them.

I trust my local sheriff, but I will be the first to admit that not all sheriffs are immune to the call of corruption. In my experience, the Sheriff is more likely to remember and abide by his oath than many politicians.

I also don’t trust bureaucrats, especially at the Federal level. From what I have seen, too many of these folks have a partisan ax to grind, have been “retired in place,” or are overpaid and under-worked.

I Don’t Trust the Government

Mostly due to the above lack of trust in politicians and Federal agencies, I don’t trust the government. I wish the government was smaller, more limited, and less invasive in our daily lives. It is too large and too controlling. It wants to pick winners and losers, something it was never intended to do.

I don’t trust it to protect the little guy, to spend our money wisely, to protect our borders, or even to be fair.

I think trust was easier when the world was smaller and more tight knit. When you knew saw your local reporter or doctor at church, trust came easier. When the politician knocked on your door to ask for your vote, it was easier to hold him accountable.

Today, I trust my wife, my kids, and a few close friends, but few others.

I trust others to do what is in their best interests. That makes the predicable, at least. 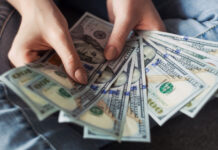 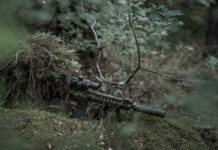 If they Want Enemies, they will get Enemies 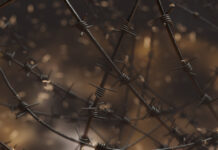 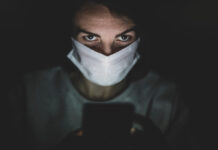 Make a Choice, Face the Consequences 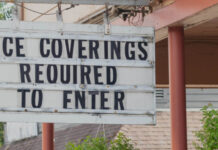 Just say No and COVID Mandates Will Backfire