Let’s back up and look at the light and its features.

I purchased JobSmart model JC-TSC-3780 flashlight because I hate to lend out my every day carry (EDC) flashlight when someone else walks the dog in the dark. The JobSmart is about the size of an old Maglite that holds two C-cells, albeit with a smaller head and a much brighter beam. Its barrel, or tube, is large enough that it does not get hot when the LED heats up the head. The size makes the light comfortable to hold, but is not large enough to make it much of a defensive weapon.

This light runs on two 18650 rechargeable lithium ion batteries, which was a big selling point for me.. These are my favorite battery, and I now have more than 30 in my personal supply. I hate lights that use multiple AA or AAA batteries because the lithium 18650s are a much better technology. The batteries were charged, showing 3.98 volts right out of the package, an added plus. This means you can use your light immediately upon removing it from the packaging, without taking up to six hours to charge it.

The light has a zoomable head. A simple twist narrows and widens the beam, going from a very wide angle to a narrower beam, although not what I would call a spotlight. I have never been a big fan of zoomable LED lights, and this is only the second I have owned. On both of them, the beam became somewhat square when zoomed in tight. I think the zoom flashlight head is a solution in search of a problem. In any case, it is very bright at any zoom level.

The light also has a domed lens, which I don’t like. I guess this is a tradeoff for the low price.

There are several other areas where the light could be better. For example, it does not have a place to attach a lanyard, which is disappointing, as this could be done during machining of the tail cap.

It has only an IPX-4 water-resistant rating, which means you can splash water on it, but don’t drop it in a stream by mistake. The end cap has an o-ring but my guess is that the zoom feature makes the head leak. My higher-end tactical lights are usually at last an IPX-6, 7 or even 8 rating. The latter two will keep your light working during and after that stream mishap.

Several years ago, I left a flashlight in my pocket and it went throuhg the washer with the laundy. We only discovered it when it made a racket banging around in the dryer. That light came out working just fine. This light is not rated for that kind of abuse.

Impact resistance is another concern. When I buy a brand name tactical light designed to be mounted on a shotgun or rifle, I know they design it to withstand repeated recoil. This makes them highly impact resistant with electronic components that won’t break if dropped. I do not know what the impact rating on the Tractor Supply light is, but I expect it is around one or two meters. This is OK for daily use.

This light has two brightness levels, but they are so close to each other that it’s difficult to tell whether you are on the bright or even brighter setting. You switch from one to the other by lightly pressing the on/off switch. I would prefer the less-bright setting to have been dimmer. Four or five brightness settings would have been even better. If you have this light on your bedside table and you turn it on in the middle of the night, the light will be far too bright for your sleeping eyes. That’s a pretty big limitation, as is the higher battery consumption caused by bright settings.

Both the packaging and the listing say this is a 3,000 lumen light. I don’t have any way to measure lumens, but my EDC light is rated at 1,200 lumens. The brightest point of my EDC light is as bright or even brighter than the JobSmart light. It also throws a longer beam. I will grant you that the JobSmart light casts a bigger circle of brightness, which means it has more lumens than a light with a narrower beam. But does it really have 2.5 times as many lumens as my tactical light? I don’t know, but it definitely lights up a large area.

It Serves its Purpose

We’ve determined that this light will not be my bedside table, mounted to my rifle, or accompanying me on a canoe trip. It is more than sufficient for walking the dog and other nighttime chores. This light does what it is intended to do very well: light up a large area. For a light, two 18650 rechargeable batteries and a charger, less than $20 is a great deal.

If I lend this light to someone and they drop it off our deck or into a pond and it fails, I’ll recover the batteries and toss the light. Buying the batteries and the charger separately would cost as much as this package deal. Likewise, if someone drops it down the mountain or loses it in a non-recoverable way, then I will be glad it wasn’t a $60 or $100 tactical light. In the meantime, I expect it will continue to light up the night for some time.

Would I buy more of these? Yes, especially at the $15.99 sale price. First, however, I’ll test this for a few months to be sure it holds up and continues to meet my expectations. But if you need a last-minute Christmas gift or want an inexpensive flashlight, get yourself to the nearest Tractor Supply to pick one up or order it online.

Note, there is a JC-TSC-3224 light that is similar but larger at Tractor Supply. While it appears to address many of my concerns (it has an IPX-7 rating and is supposed to be shock proof) it is $35.99. It may be an excellent light, but I have not used it and cannot say for sure. Comment below if you want me to review it as well.

DISCLAIMER: I paid for this light with my money and am not being compensated by Tractor Supply or any other party for this review. These are my opinions based on my testing and use over several days. If the light fails prematurely or another problem turns up, I will update the review. 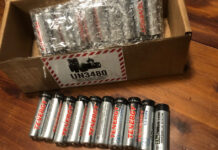 I Don’t Want to Live in the “Dark Ages” 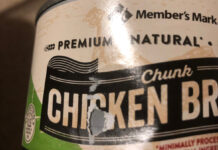 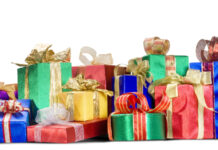 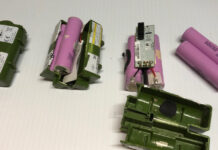 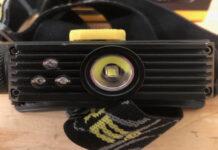 Why Every Prepper Should have a Headlamp (or Three) 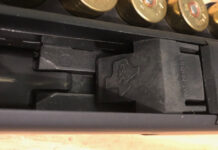