On the same day that I went to Sam’s Club, I stopped in a coin store to buy some junk silver. I had come prepared with eight $100 bills in my pocket. My plan was to buy $40 of pre-1965 silver coins.

So I drive through the seedy downtown of a relatively unfamiliar city, following my GPS to the coin store. I’m wearing my Glock, because $800. I get a parking space almost right in front of the store.

Inside it’s not crowded with people, but it’s crowded with junk. Not junk silver, but coin and stamp collecting junk. Books, albums, displays, tube holders, picture frames. I don’t see anyone working behind the counter. I wander through until I see an older gentleman in the back. My first thought is, they have poor security; this would be an ideal target for a mash and grab robbery.

This is how it goes:

“I’d like to buy some junk silver. I prefer quarters or half dollars.”

“Ok.” He makes no move to show me some junk silver.

“What are you selling it at?”

“What do you normally pay?”

“I paid twenty times face about a week ago.”

That’s more than I would pay on eBay, and eBay charges the seller all kinds of fees. I should have left right then. Instead, I argued.

“Seriously? Melt is about 16 times face. You’re going to charge me a 50 percent premium?”

That kind of pissed him off. “We’re not a pawnshop. This isn’t a flea market.”

It’s apparently not much of a coin store either. I was beginning to wonder if he had any junk silver in the place. I decided to switch gears. “Do you have any one-ounce silver Canadian Maple Leave coins?”

I felt like asking, what does he mess with? He didn’t offer me Silver Eagles or any other coins, so I left. Happily, my truck full of Sam’s Club groceries was still there.

Now I have $800 in my safe waiting until the next time we go to a city, but no additional silver.

Be an Educated Shopper

Always be prepared to walk away when negotiating.  While I might have gone to 21 times face, I wasn’t going any higher than that. 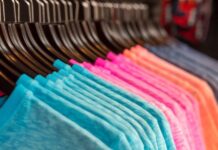 Time to Play it Safe